He’s warm, easy-going and charismatic. His smile radiates and his laugh is contagious. He’s soft-spoken, and if you met him, you’d feel like you’ve already known him for a lifetime.

But he’s just one generation removed from a residential school system that attempted to wipe away the traditions, cultural practices and languages of thousands of Indigenous youth.

Perron, the youngest of three children, was born in Quebec to a French Canadian father and Kwakwaka’wakw mother from the Da’naxda’xw First Nation. With his father in the military, the family of five moved around a bit before settling in Greater Victoria when Perron was in Grade 3.

In a lot of ways, his upbringing would feel familiar to a number of Canadians. He attended French immersion and spent much of his free time playing sports, especially soccer and hockey. He considers himself lucky for the opportunities he’s had thus far in his life.

But from the very start, he was caught between two worlds, often finding it difficult to reconcile the conflicting nature of his ancestry.

“Growing up for me was conflicting because I knew, growing up, (about) residential school,” he said. “I didn’t really quite grasp the concept but I knew it was bad … I knew that the church had these schools and my mom went.”

When his mother was just 12 years old, Perron’s grandmother had a hard decision to make. She was a single mother raising four young girls and, in order to have a chance at providing her children with a better life, enrolled in school to become a nurse.

Attending school full time, however, meant sending her daughters away to residential school.

They weren’t the only family members who attended.

Perron’s late grandfather was taken from his home on Village Island, B.C. at the age of five and brought to St. Michael’s Indian Residential School in Alert Bay, operated by the Anglican Church of Canada, where he remained until he was 18 years old.

Perron knows little beyond that because his grandfather never openly spoke about his experience in residential school.

Like countless others, his grandfather’s stories have been lost. Perron can only imagine what his grandfather may have endured at the hands of an institution designed as an instrument of genocide.

But last May when the remains of 215 children – some as young as three years old – were discovered at an unmarked burial site on the grounds of the former Kamloops Indian Residential School, the horrifying truth was in plain view for Perron – and the rest of Canada – to see.

It was a hard blow, he said, admitting that he had previously been oblivious to the egregious mistreatment and abuse that occurred during the more than 160-year history of residential schools in Canada.

“That’s when I really started believing everything,” he said. “It’s actually shocking that I didn’t realize what exactly happened before.”

The discovery was overwhelming for many residential school survivors. And for others, it was simply too much to handle.

When the facts began to emerge, emotions came flooding back and generations were instantly re-traumatized.

For Perron, however, the discovery in Kamloops marked a major turning point.

He said it was then that he knew it was time for him to take up some of the burdens that survivors have carried for so long.

And he said he wanted to do it in the most physical way he could – running.

Perron ran 216 kilometres in just 18 days – one for each child found at the Kamloops residential school, plus an extra one for all the children who weren’t found.

“I wanted to show survivors that I was there. In a really physical way I wanted to support them,” he said. “I think it’s important to continue to share survivors’ stories and share their strength and their wisdom because they suppressed their traumas for me to be here today and for me to be successful in this society.”

Listening to survivors’ stories, running with those stories, and sharing them not only eased some of the burden for his family but also sparked his own healing journey.

“I think it’s important to continue to spread that knowledge that I’ve collected over the years so my peers and I can come together to build that strength and build that resilience in our generation.”

There’s still a long way to go and a lot of work to be done. But Perron, now 28, said his generation is ready to take up the challenge.

“It’s my turn to continue that story of strength and resilience.”

This is part four in a special series prepared by Black Press Media. You can find more of the series and other articles on truth and reconciliation online here. 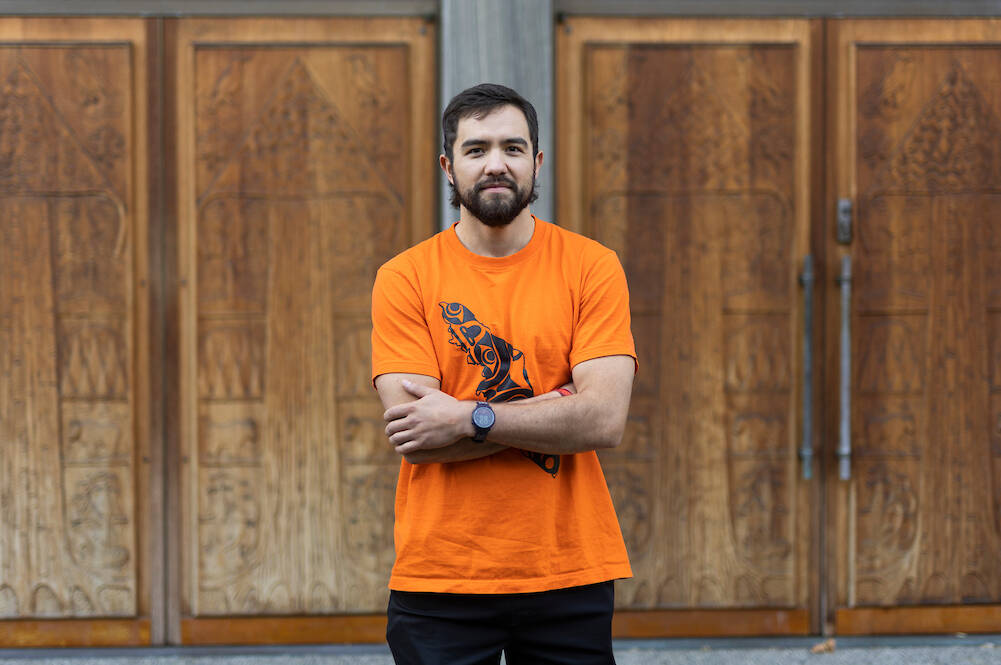 Breaking News You Need To Know

From residential school to prison, B.C. man has come a long way in healing journey