It was a close call for a eight-week-old puppy named Sophia, after she got herself into a sticky situation.

The Bernese cross puppy managed to insert her head into the bottom of a wrought iron fence with a perfect puppy-head-shaped hole. The Colwood Fire Department – near Victoria – had to be called to rescue little Sophia.

Using the Jaws of Life, they were able to cut a section of the fence — with Sophia’s head still trapped inside. The puppy’s parents then rushed her to the Juan De Fuca Veterinary Clinic where Dr. Maureen Stone and Dr. Mark Foley were waiting.

As soon as the family showed up, Foley ran into the back to fix up some medication that would sedate the puppy.

“Obviously we didn’t want the puppy to be stressed and fighting or crying,” said Foley.

Initially the two vets tried to wiggle Sophia’s head back through the hole but she wouldn’t move. They then tried a wire saw, which didn’t work either.

READ ALSO: Dumpster to diva: Kitten recovering after being tossed in trash at Victoria mall

With the puppy parents watching nervously, Foley decided he would run to his vehicle to get a little hack saw they could use to free her. In that time, Stone was able to slide tufts of hair, then one ear, then the other back through the hole until Sophia was free.

“Some of these situations are easier to get yourself into than out of,” said Foley with a laugh.

“Easy to get in there, but impossible for the poor little thing to get out of,” he said.

The whole ordeal only lasted about 10 minutes in the vet clinic and Foley said Sophia won’t have any after effects of the incident.

“It wasn’t traumatic physically,” he said. “I wouldn’t expect any lasting impacts from that.”

While Foley hasn’t seen this kind of situation before, he has seen his fair share of odd animal incidents.

“Sticks stuck in the mouth between the teeth, I’ve seen marrow bones stuck around the jaws. I’ve had to saw marrow bones off jaws — I don’t know how many times,” he said.

Foley advises people puppy-proof their homes but says this was something nobody could see coming — luckily with a happy ending.

“By now, I’m sure that puppy is running around causing trouble again.” 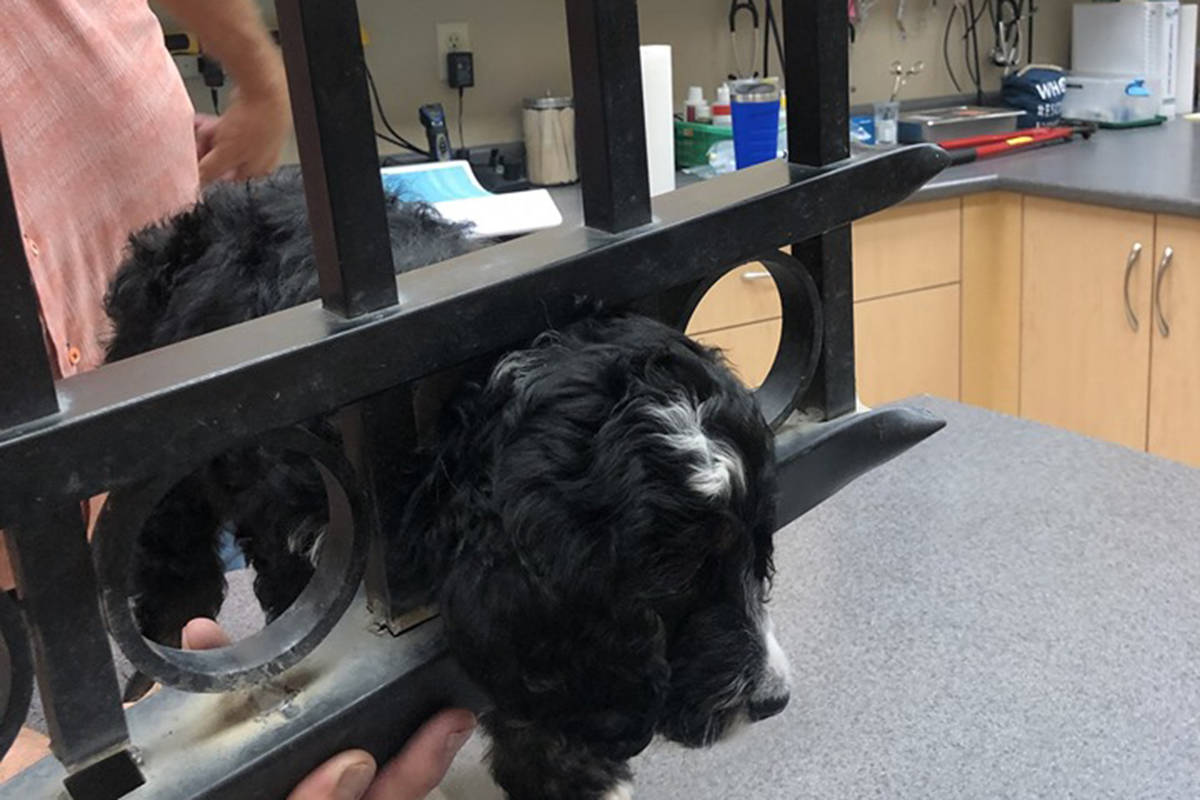 Sophia, an 8-week-old Bernese cross puppy, managed to insert her head into the bottom of a wrought iron fence with a perfect puppy-head-shaped hole. (Juan De Fuca Veterinary Clinic/Facebook) 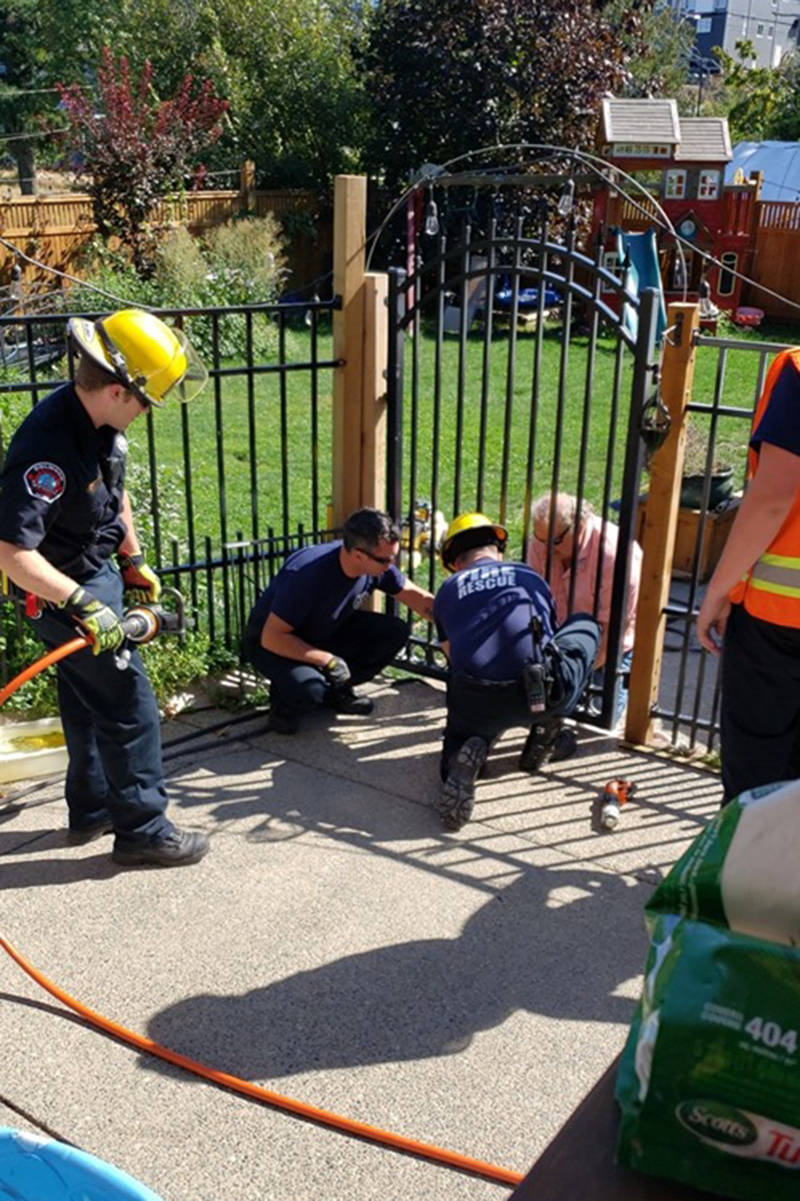 Colwood Fire Department had to use the jaws of life to free Sophia. (Juan De Fuca Veterinary Clinic/Facebook)

No sign that Canadian killed at his Mexico home was in danger, friend says