He’s been charged with one count of first-degree murder. CFSEU-BC investigators travelled to Ontario where Ismailaj was arrested on July 27 without incident. CFSEU was assisted by local police and Ismailaj has been transported to the Lower Mainland where he remains in custody.

“This investigation, and all those investigations connected to it and the gang conflict in the late 2000s, has involved hundreds of officers from dozens of police agencies and units. The officers and support staff have remained determined and committed over the years to ensuring that justice is obtained for the many victims,” said Staff Sgt. Lindsey Houghton, CFSEU-BC Advisory NCO. “Time does not dampen our resolve, and we are confident that we will eventually find and arrest the last remaining suspect in Kevin LeClair’s murder, no matter where he might be hiding.”

Ismailaj had recently moved from B.C. to Ontario and has no criminal record.

The investigation into LeClair’s murder remains active. Authorities are still looking to apprehend Conor D’Monte for murder in this case. Police believe he left Canada in 2011 to escape arrest and remains on the run.

CFSEU-BC and IHIT are once again making a plea for anyone with information on the whereabouts of D’Monte to contact police or Crimestoppers.

Cory Vallee was convicted of first-degree murder this summer in the death of LeClair, a member of the Red Scorpios gang. Vallee’s sentencing is in October.

Five people were murdered in and around Langley in 2009, beginning with the assassination of Kevin LeClair, a 26-year-old Surrey man gunned down outside the IGA in Walnut Grove in mid-afternoon on Feb. 6, while terrified shoppers ran for cover. 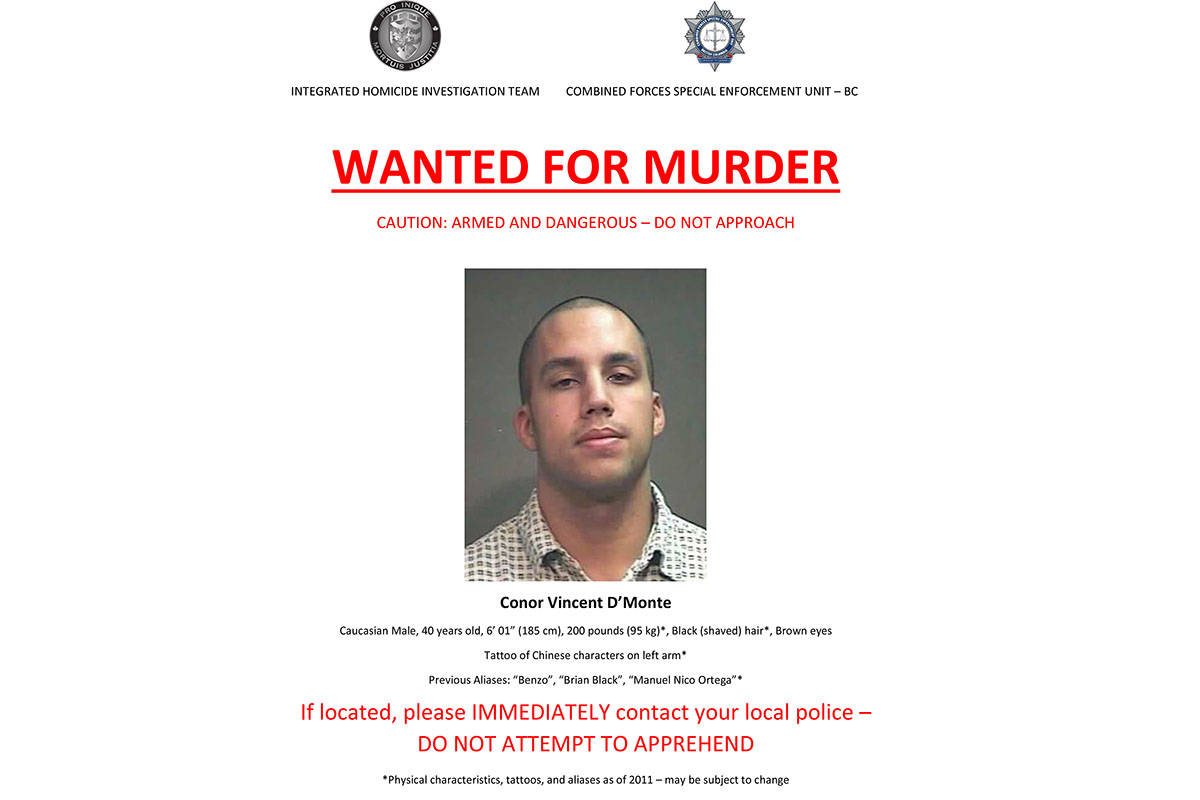 Conor D’Monte is wanted in connection with Kevin Leclair’s murder and a wanted poster cautions people how to act if they see him. (CFSEU provided)