A paddler made an unusual discovery while out on the Fraser River in Fort Langley Wednesday morning.

At 9 a.m., police recovered a brown 2016 Tesla S model from the Fraser River. The electric vehicle had been stolen from Burnaby the night before, said Langley RCMP Cpl. Holly Largy.

The paddler assisted police in retrieving a large bag of onions that had floated away from being inside the vehicle.

Where the Tesla was located is a fair distance from the boat launch so it must have floated.

“Why they had a big bag of onions is anyone’s guess,” noted the paddler. 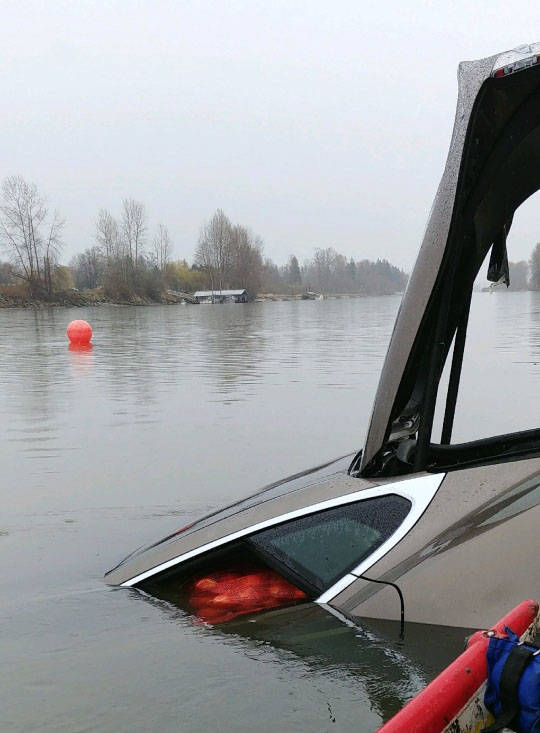