A debate over what B.C. students should be taught about gender identity is brewing in Langley, with one group calling the new ‘SOGI’ curriculum a ‘political cult,’ which is attempting to indoctrinate children, and the other calling for support for LGBTQ students.

Kari Simpson, who does not have children in the Langley school system, but does have grandkids who attend school on Vancouver Island, is the founder of Culture Guard and the Langley chapter of Parents United Canada, which held a meeting in Langley Aug. 29 at Murrayville Hall.

More than 200 people showed up to hear from Simpson and Lauri-Lynn Tyler-Thompson, who hosted the Christian TV show ‘700 Club.’

Simpson said children who question their sexuality or their gender likely have gender dysphoria and mental health issues.

“Eighty-six per cent of those children will go back to their birth gender. This SOGI indoctrination is is a political movement. It’s like telling kids that it’s cool to be bi[sexual] or pan-sexual. So now all the kids want to join the cool club.

“Kids are going to buy into the propaganda,” said Simpson.

But Simpson’s efforts are not going unopposed.

Langley parent Stacey Wakelin was moved to action to counter what she describes as “hate” being directed against students who identify as LGBTQ.

She created a Facebook group called Langley Parents for Inclusivity and is hoping to have supporters of LGBTQ students attend the next school board meeting on Sept. 26 to counter the Langley chapter of Parents United Canada (PUC).

“I think there are far more parents who want SOGI in their children’s education, but they haven’t made their voices heard. I’m hoping more parents will speak up and spread love and compassion to counter the hate,” said Wakelin.

A description of the new Facebook group reads: “We are a group of concerned parents and citizens standing against intolerance and discrimination. We believe all children deserve to feel safe, understood and accepted. Our message is an offer of support to our LGBTQ youth,” reads the LPFI.

Wakelin said she has been bothered since last spring when a group of parents came to the school board meeting to oppose SOGI education in schools.

“It seemed so hateful, it bothered me so much I couldn’t sleep. So I thought, I can’t just sit back and do nothing.”

Wakelin posted her feelings on Facebook and received a flood of support.

“One parent wrote: ‘If they have a group, where’s our group of parents?’

“That was my lightbulb moment and I decided to start the Facebook page. Then I decided to hold a meeting to gather parents to put together facts and real expert opinions, so we can show up at the next school board meeting too to show our support for SOGI in the curriculum.”

“I think there has been a lot of coverage on their side … and we want to offer more love and compassion to the issue,” she said.

Wakelin has rented the small multipurpose room at Langley Events Centre for Thursday, Sept. 14 from 6:30 to 8:30 p.m.

The room holds 60 people and she is hoping Langley parents will come out to discuss SOGI and to gather support to attend the school board meeting.

The Aug. 29 Parents United Canada meeting was originally planned for the Church of the Valley, but was cancelled. Simpson then booked Brookswood Secondary, but the School District refused to allow the group gather there.

She then booked Murrayville Hall. But once the staff at Murrayville Hall realized what the meeting was about they apologized to the public for allowing it to take place at the hall.

“We want to be very clear that this is something that we would neither condone or knowing[ly] allow at our venue,” the Murrayville Hall Facebook page reads.

Judi Vankevich is a Langley mother who joined Simpson in organizing the Aug. 29 meeting.

“I got this letter home last spring [from Langley School District] that was titled ‘Langley Celebrates Diversity.’

“It’s not about not liking transgender people, but it’s not appropriate to have this being discussed with five-year-olds. How in the world can these young children process this stuff?”

She said SOGI is also a distraction for students.

“Just stick to math and sciences, not social indoctrination,” she said.

She wants the Ministry to hit ‘the pause button’ on SOGI education.

For her part, Simpson plans to lobby the Ministry of Education to stop SOGI.

She is planning to hold a rally in Surrey in the beginning of October and also expects to have a large contingent at the upcoming school board meeting.

Ken Hoff, spokesperson for the Langley School District, emphasized that the curriculum, including education around SOGI, is implemented by the province, not the local school board.

Trustee Shelly Coburn wrote on her personal Facebook that she will be always be ‘on the side of children, all children.’

“I deeply believe that all people deserve the right to feel included, to see positive representations of themselves when they look to the world around them. To never see themselves as “abnormal” or “deviant” and to never be bullied or shamed out of societal ignorance. I also believe that if we are in a position to improve the lives of children that we have an obligation to do so,” she wrote. 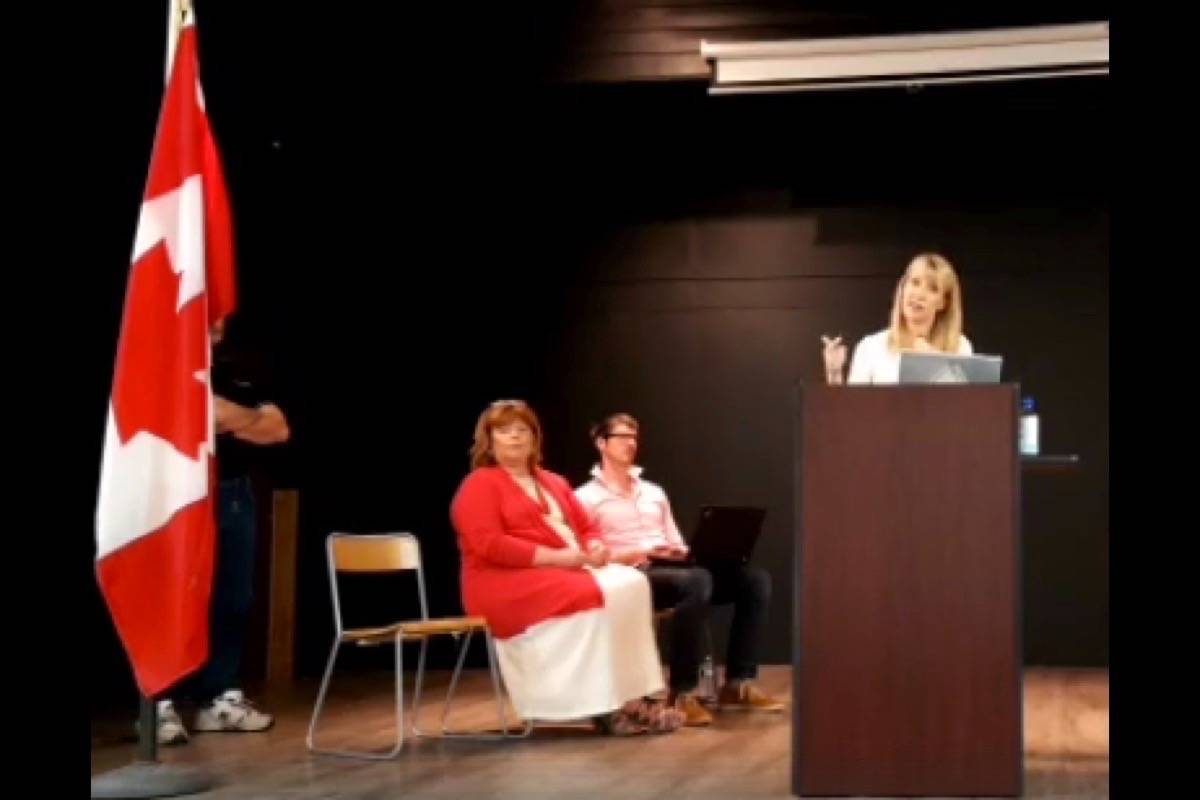