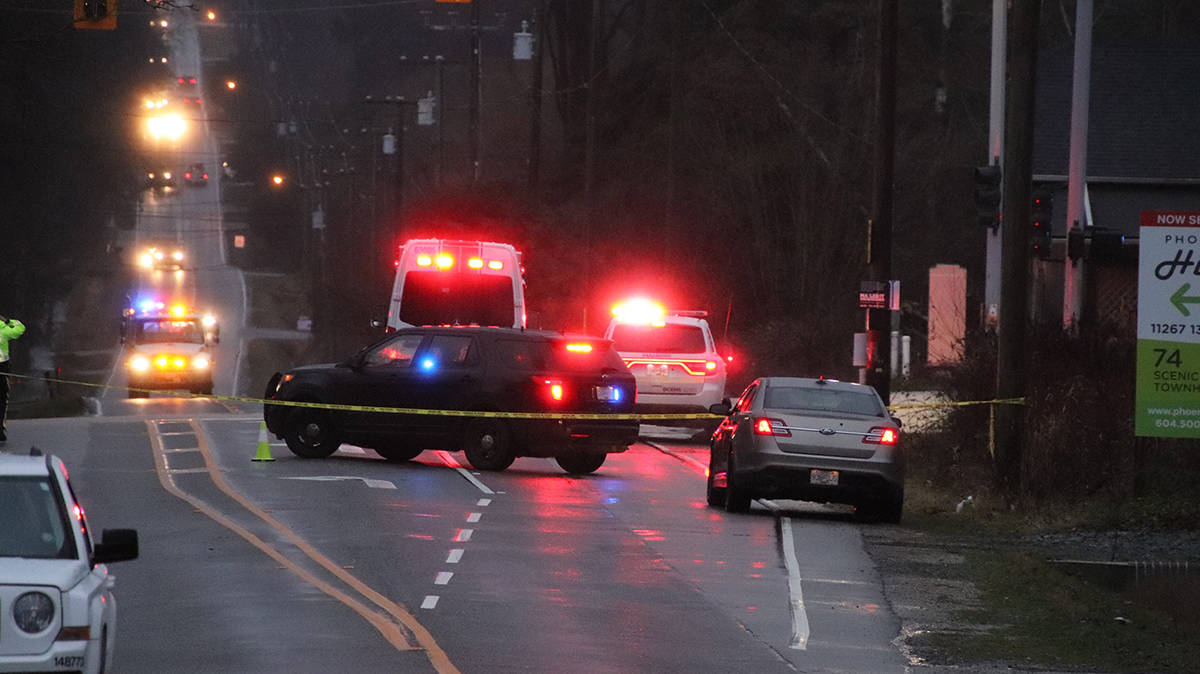 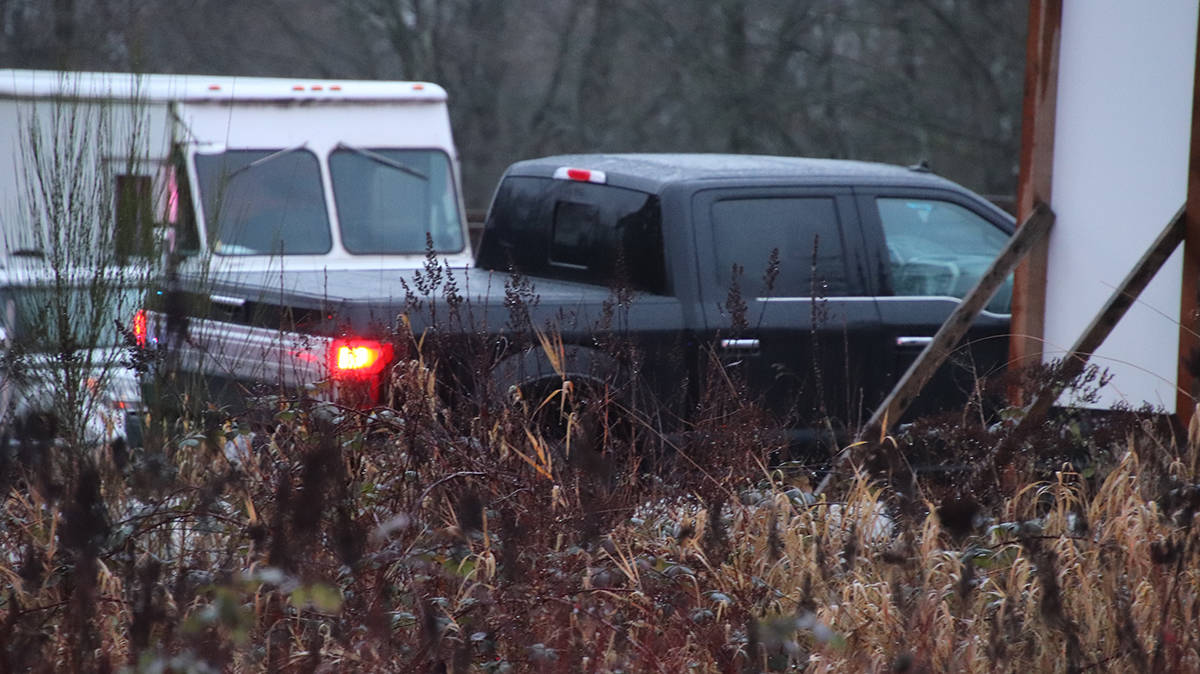 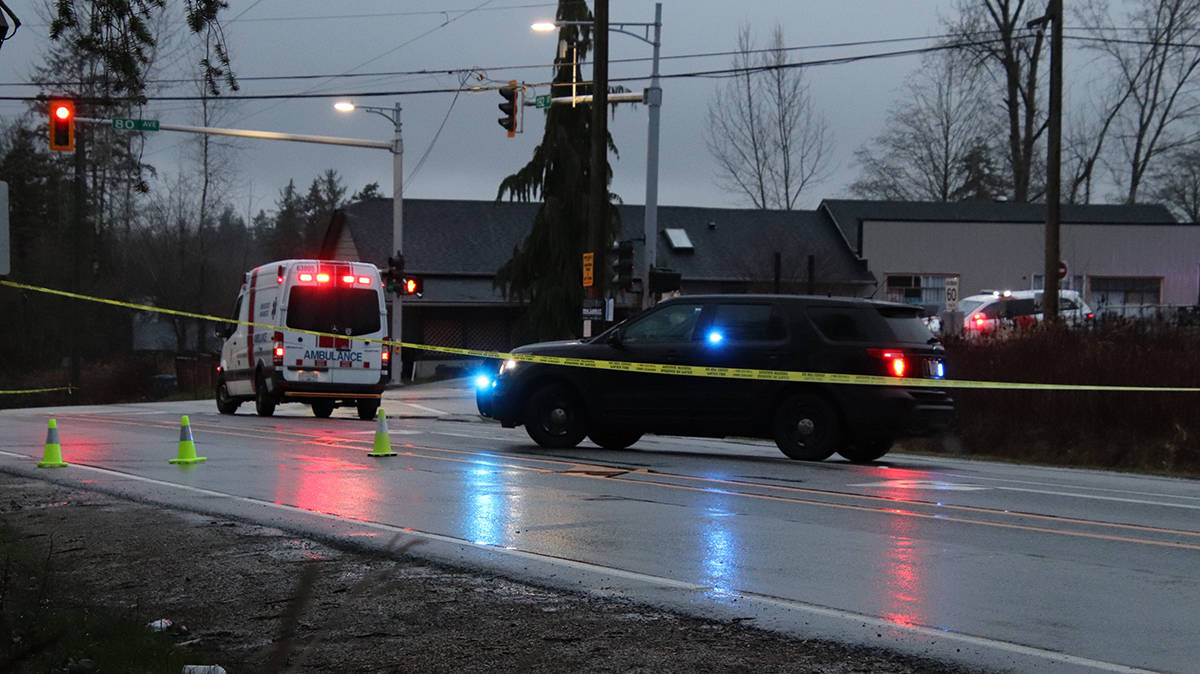 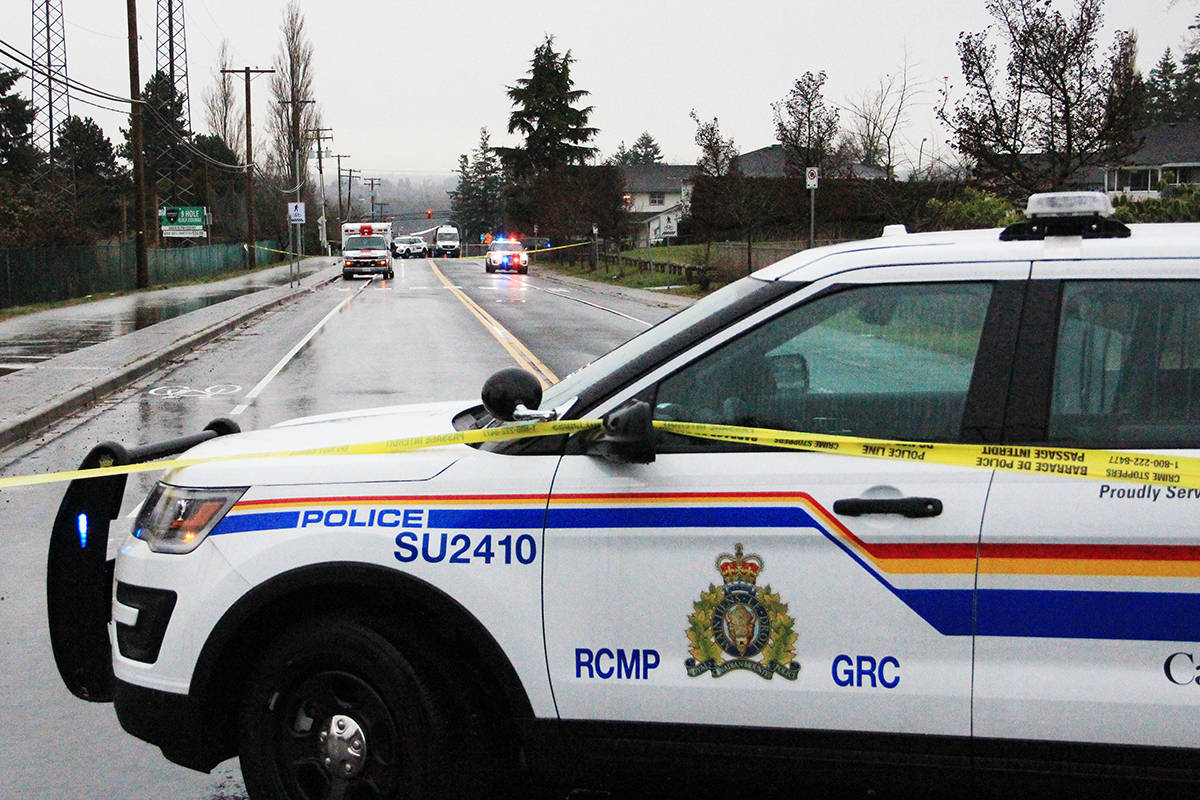 A second woman has been struck by a car in Cloverdale today (Dec. 16). The first pedestrian was seriously injured and taken to hospital (pictured), but the second collision was fatal. (Photo: Malin Jordan)

A woman has died after being hit by a car in Cloverdale.

Police say the woman was hit by vehicle at the intersection of 192 Street and 80 Ave.

“Despite all attempts to revive the woman, she succumbed to her injuries,” constable Richard Wright, media relations officer for the Surrey RCMP, wrote in a press release. “The driver of the vehicle remained on scene and is cooperating with police.”

The collision happened at about 2:15 p.m.

Wright said four intersections have been closed and the Surrey RCMP Criminal Collision Investigation Team will be working to gather evidence in the area.

Wright is again asking anyone who may have information about the accident to contact the Surrey RCMP at 604-599-0502.

“Police are asking that drivers avoid the area during the evening rush hour.”

This is the second incident today in which a pedestrian was hit by a vehicle. The first one happened at 7:30 a.m.

As of Wednesday, 15 schools were on Fraser Health’s list

At 90, Elmer Patzer just had his second pandemic birthday

From 2016 to the end of February, 7,072 British Columbians died due to overdose

UPDATE: 1 of 3 puppies stolen from South Surrey returned to owner

William Amos, in Quebec, appeared on the screens of his fellow members of Parliament completely naked