Bright and early on day one, team members and volunteers of Extreme Home Repair (EHR) gathered in the backyard of a single mother’s home to begin their transformation work.

The group kicked off its first few hours of work with a prayer, wishing that Ledell Kendall’s home be given a fresh new beginning.

“May we give this home a second chance Lord, to fix it up and all be reminded that you are the God of second chances,” Pastor Walter Rogers spoke aloud.

The chosen family – Kendall and her 16-year-old son Francis – are not permitted to see the house during the transformation, they’re staying in their travel trailer, parked at a friend’s home for the duration of the two-week renovation project.

EHR is a program launched 16 years ago by the Acts of Kindness (AOK) ministry, a community outreach of the Seventh-day Adventist’s Church in the Valley.

During that time, the initiative has been responsible for roughly two dozen major repair and renovation projects for deserving families, ranging from smaller jobs to total redos, said Alex Zapotichny, who has been a coordinator and team volunteer for 15 years.

“We had quite a number of nominations this year,” Zapotichny said, “but with Ledell – the extreme need was obvious.”

The mother “works as much as she can to take care of her autistic son Francis,” he elaborated.

On Friday, the AOK crew begun their work to help her.

Another returning volunteer, six-year-old Cayden Berden, came during his “day off” from school to “help build a house,” he said.

Berden gathered loose materials around the Kendall’s backyard and threw them in a large dumpster in the driveway of their 28th Avenue home.

His father Daryl is a part of Ridgewater Homes Ltd., a custom-home renovation contractor in Langley that has participated in the EHR projects for the past five years.

Every year, up to 200 people have come together to volunteer with EHR, providing plumbing, roofing, flooring, window installations and other renovation work, said project manager Lorne Brownmiller.

“This is the smallest home we’ve ever done,” he said, noting the approximately 900-square-foot size of the rancher.

Brownmiller led the AOK team in projects relating to what he calls “demolition day.”

He’s comes out every year to assist with EHR renovations.

There’s no telling the number of others who will be in and out of the Kendall home in the next few weeks, prior to the “big reveal” on Monday, May 20. 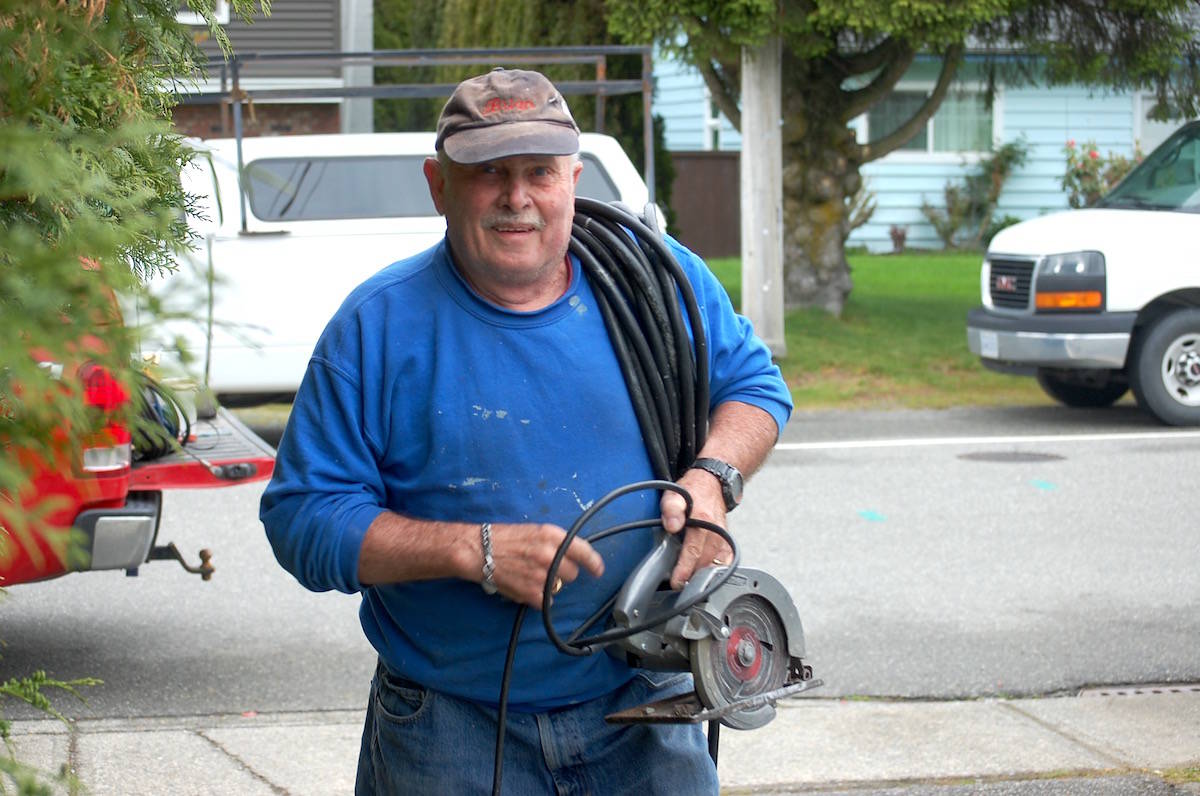 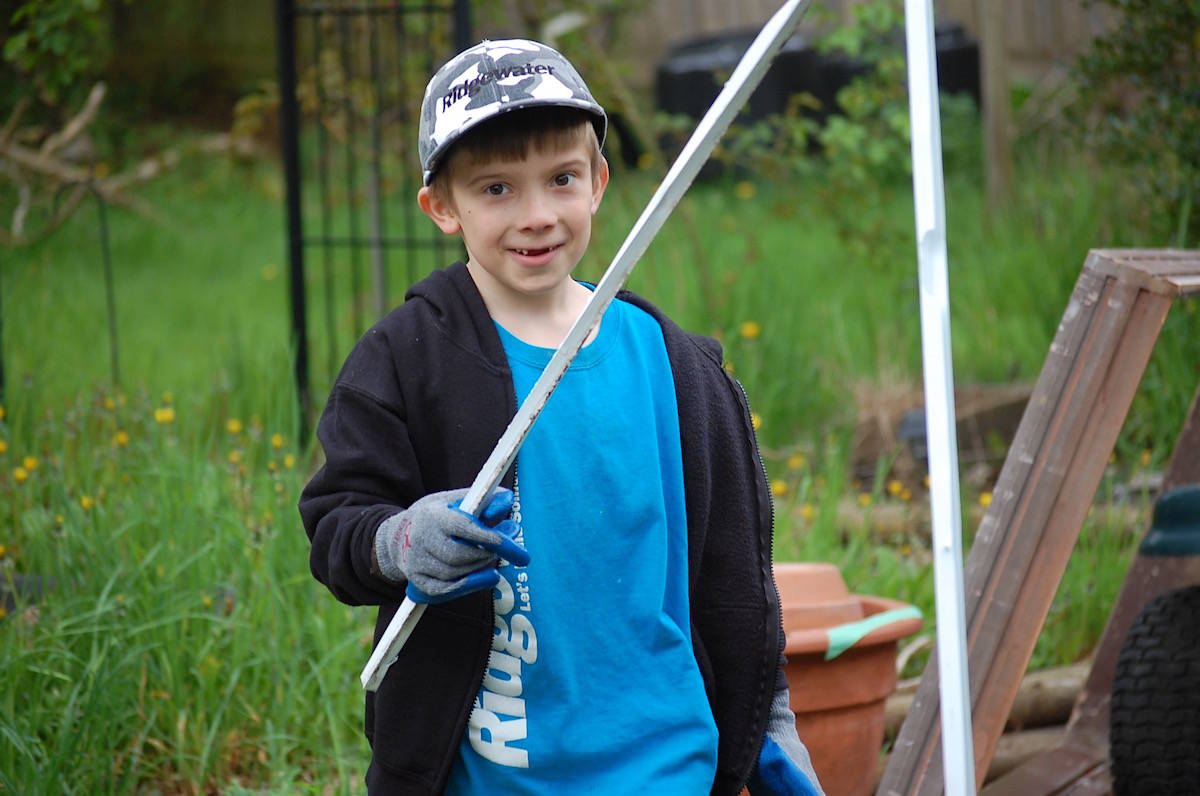 The six year old gathered loose materials about the Kendall’s backyard and threw them in a large dumpster in the driveway of the 28 Avenue home. (Sarah Grochowski photo) 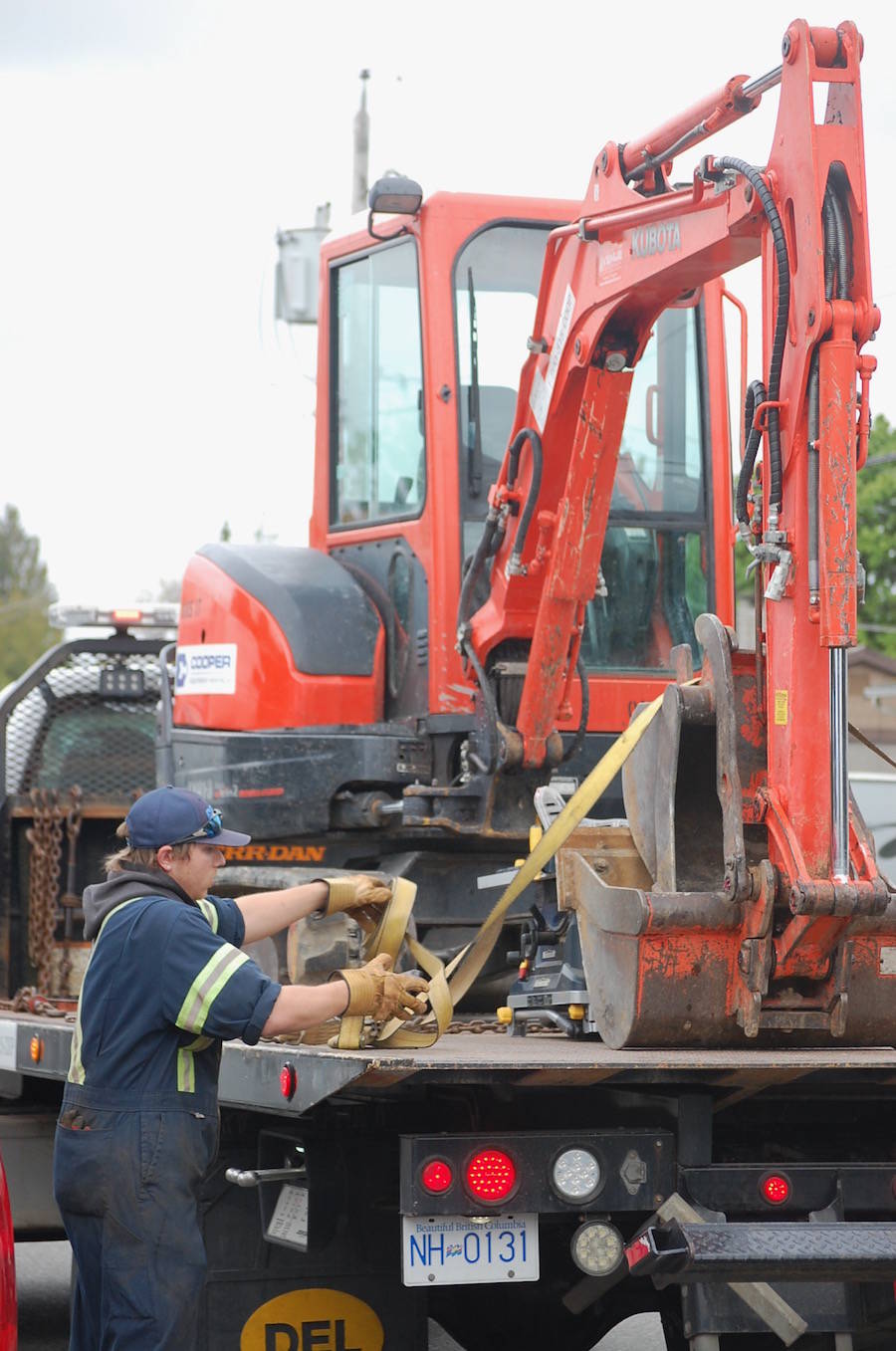 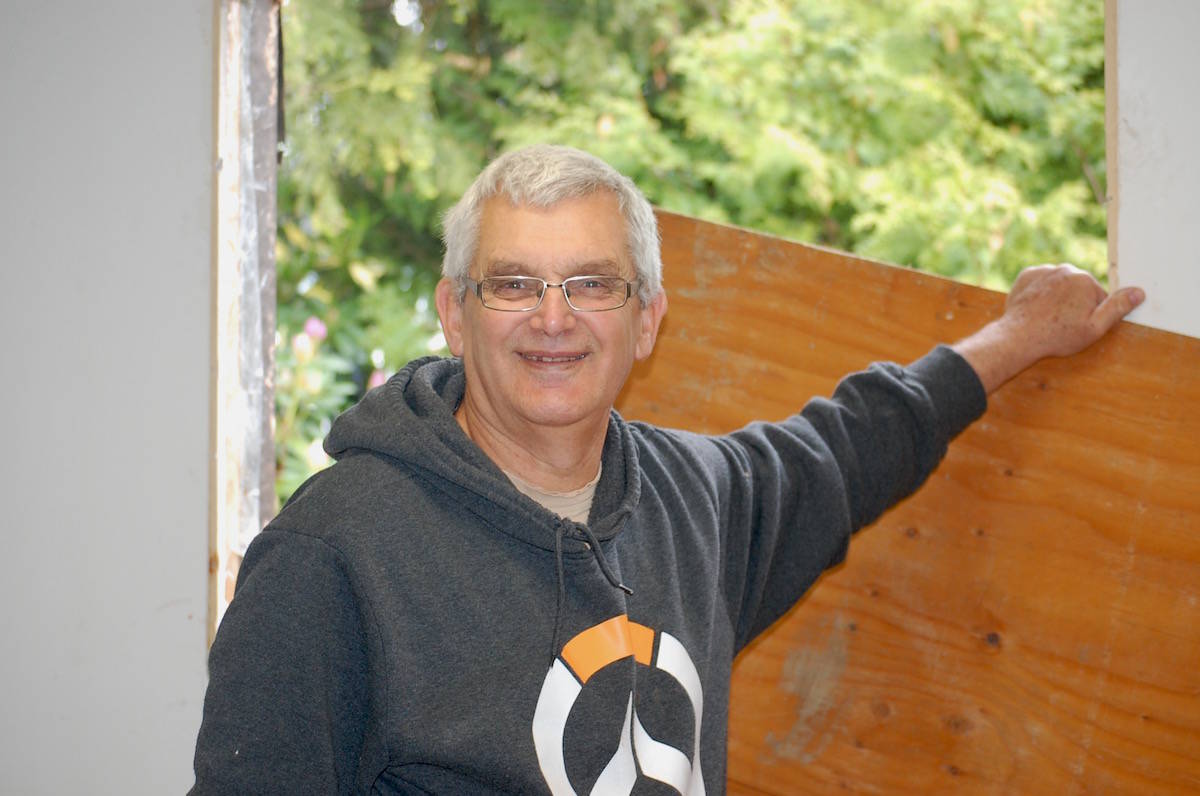 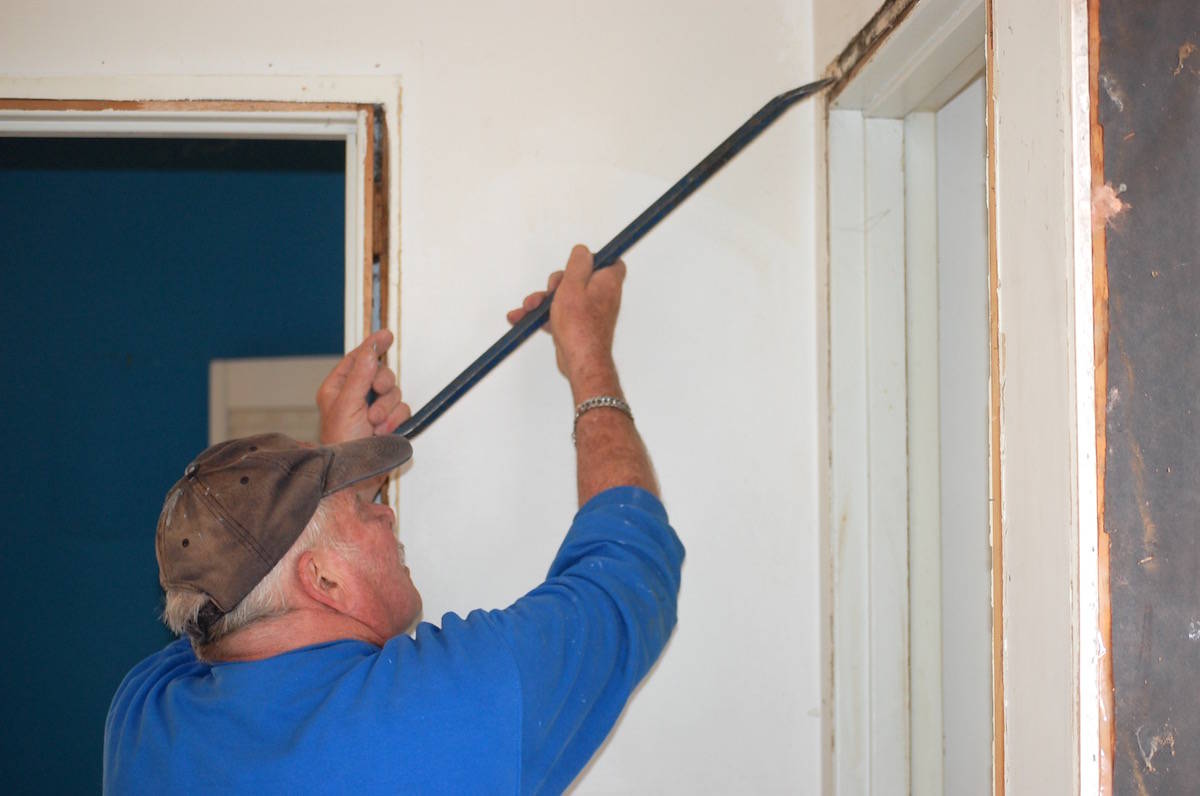 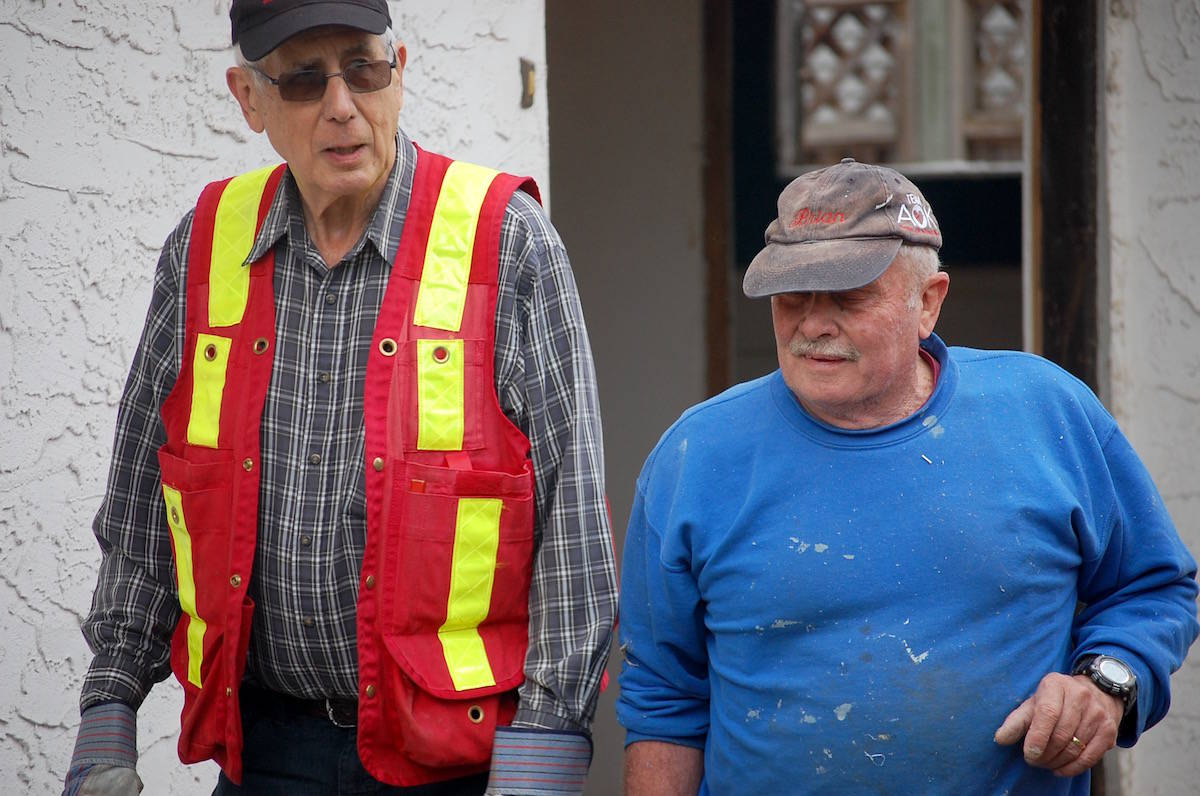 For the next two weeks, there’s no telling the amount of others who will be in and out of the Kendall home to see the project come to its final completion. (Sarah Grochowski photo) 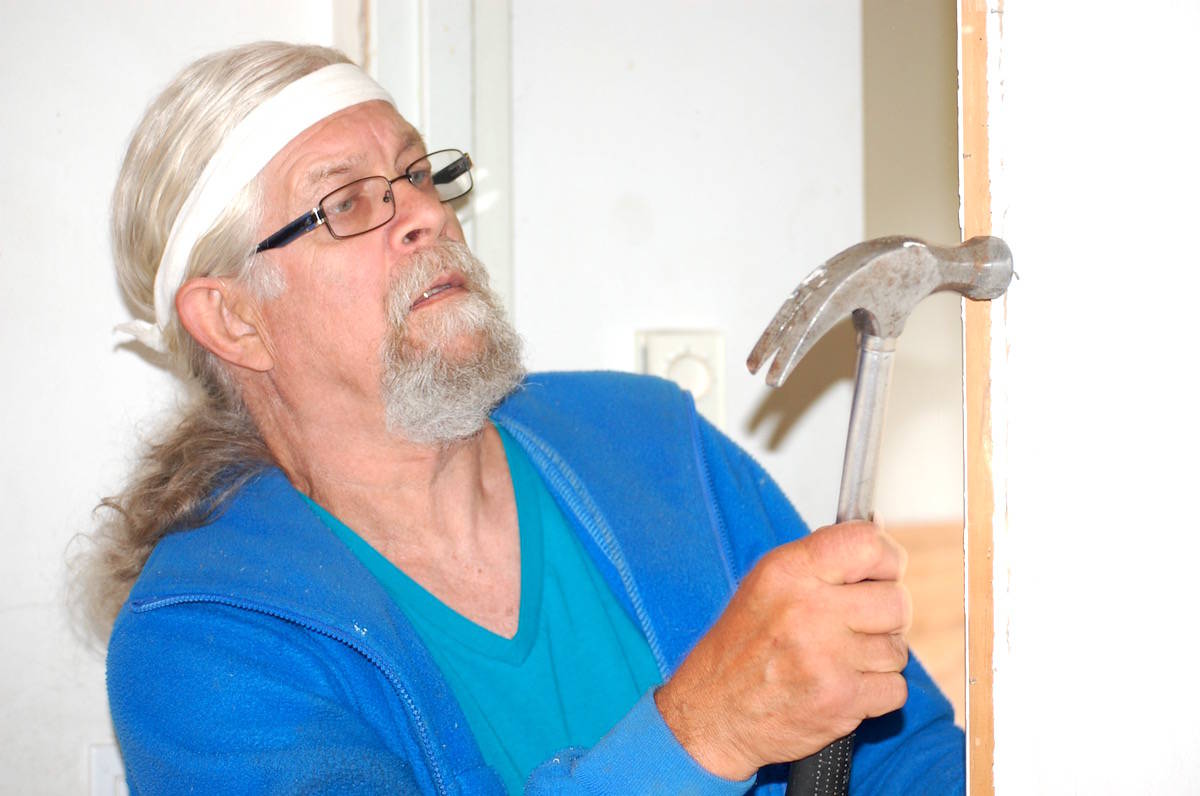 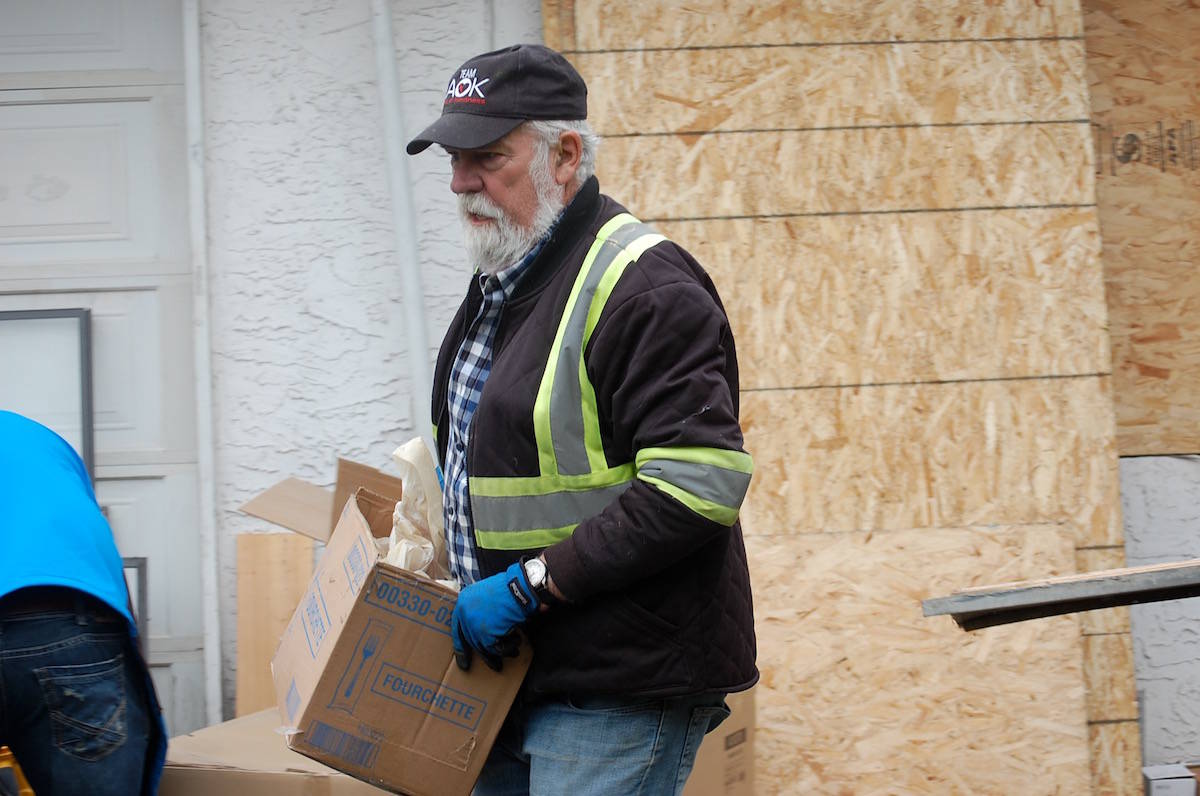