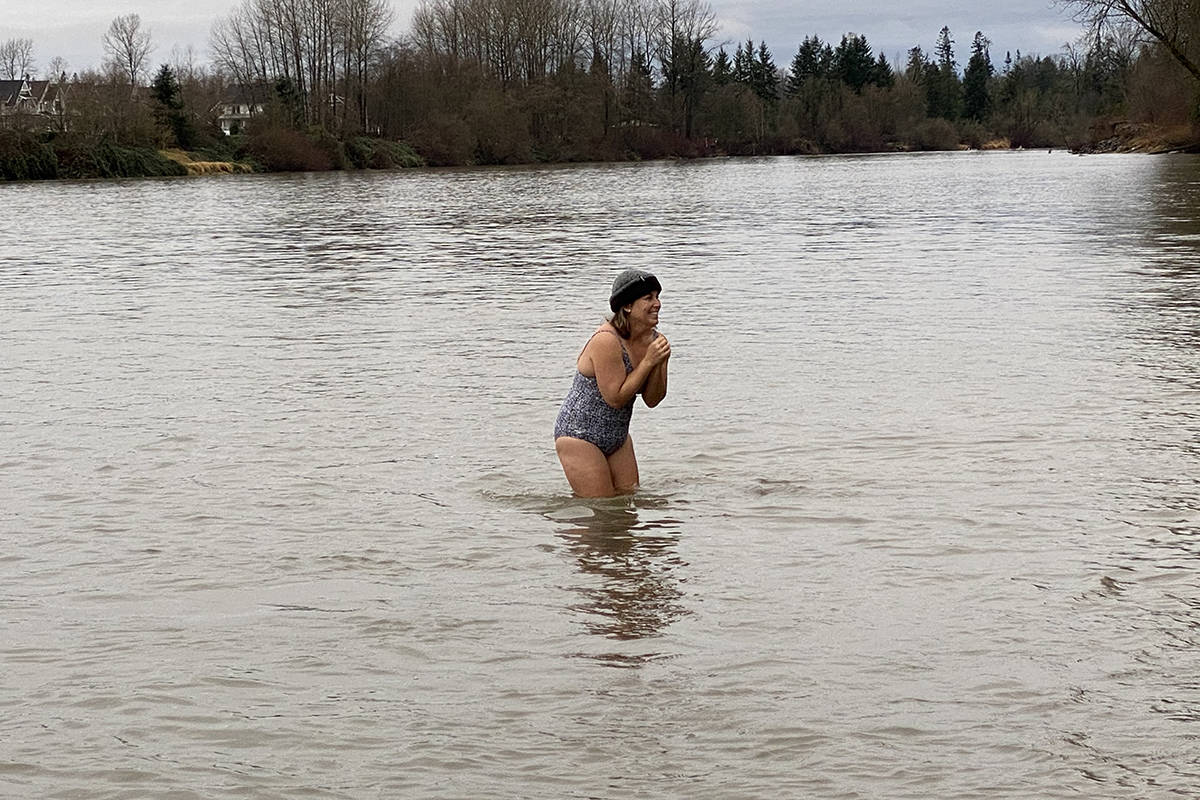 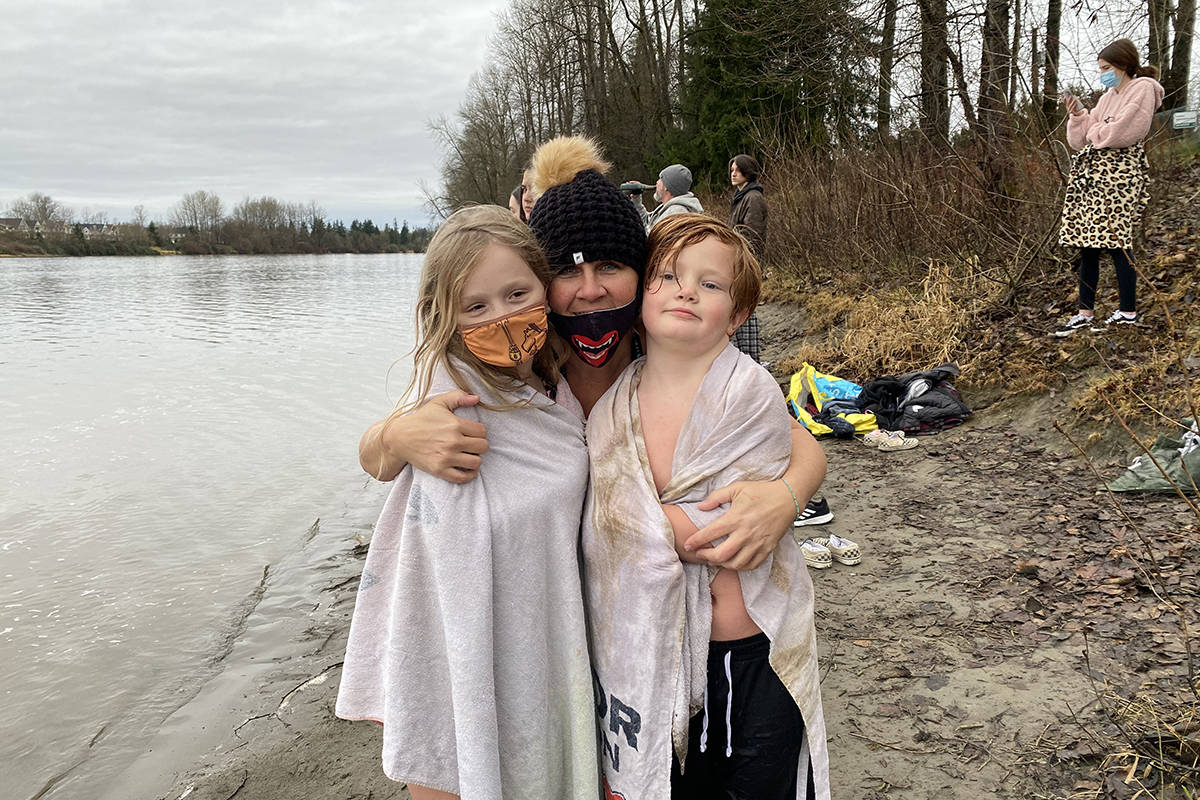 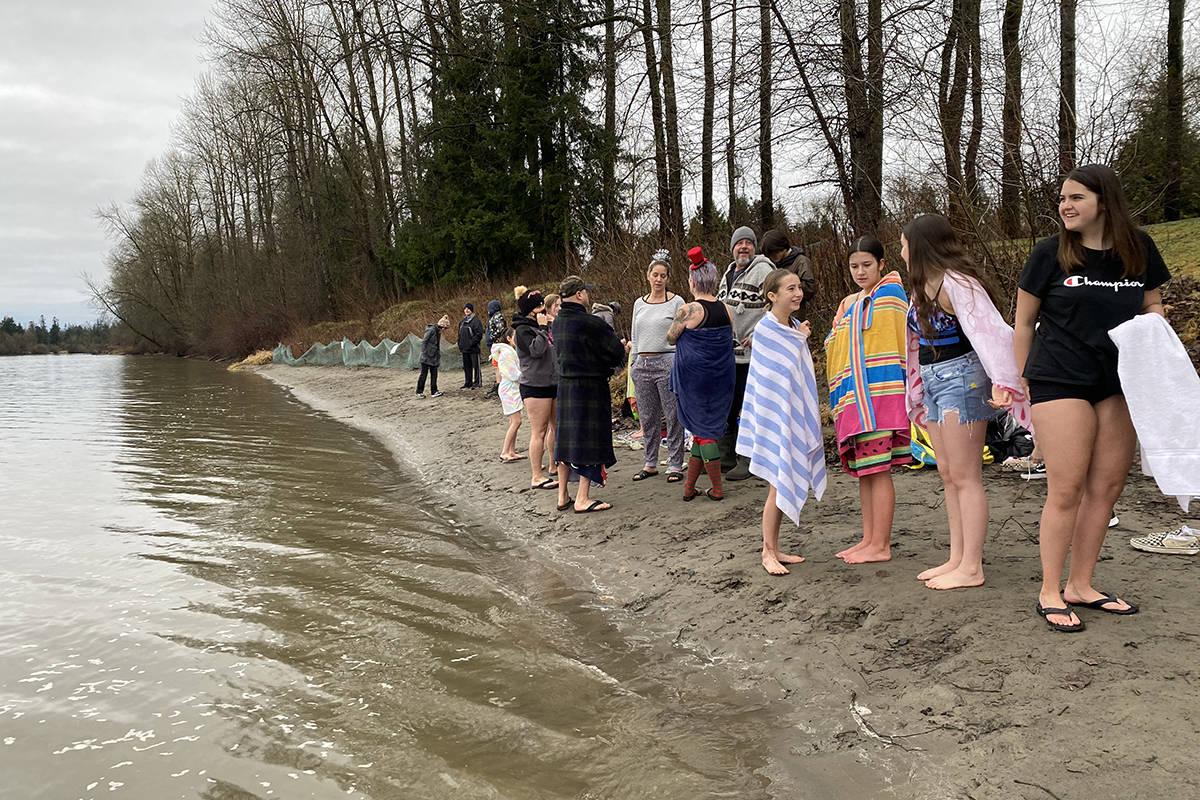 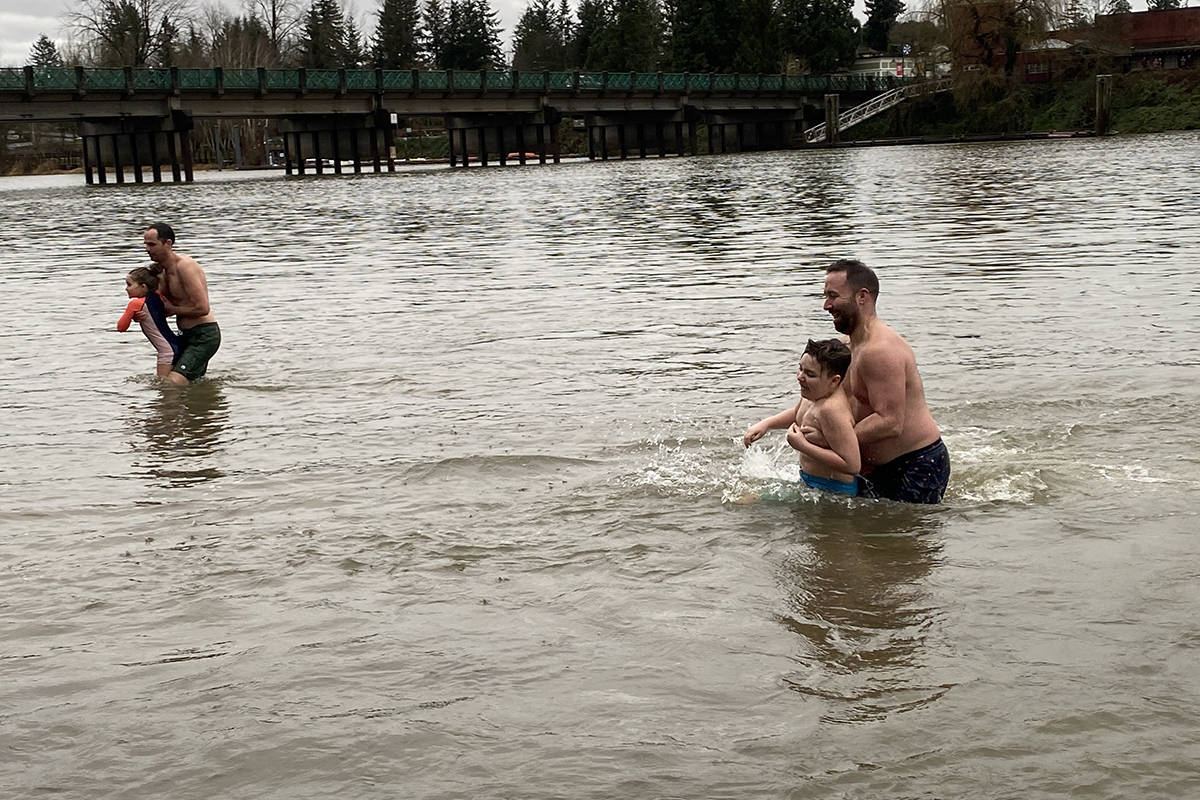 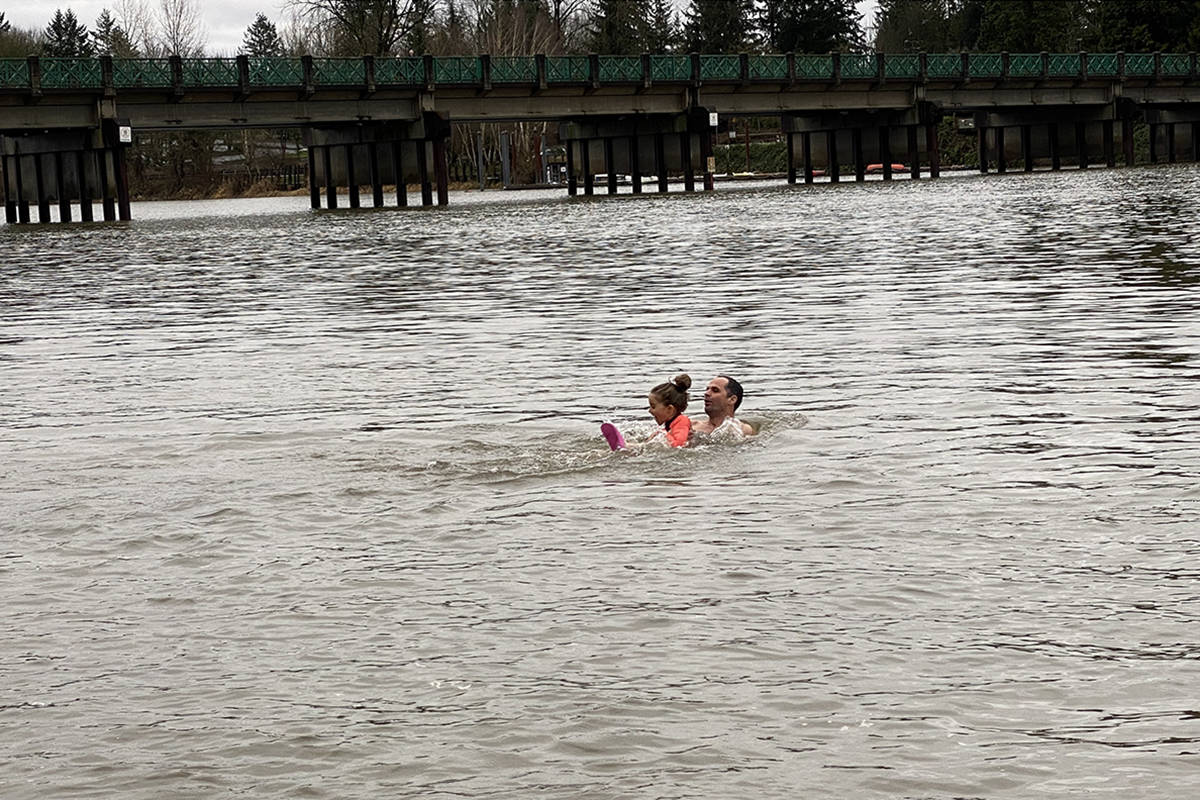 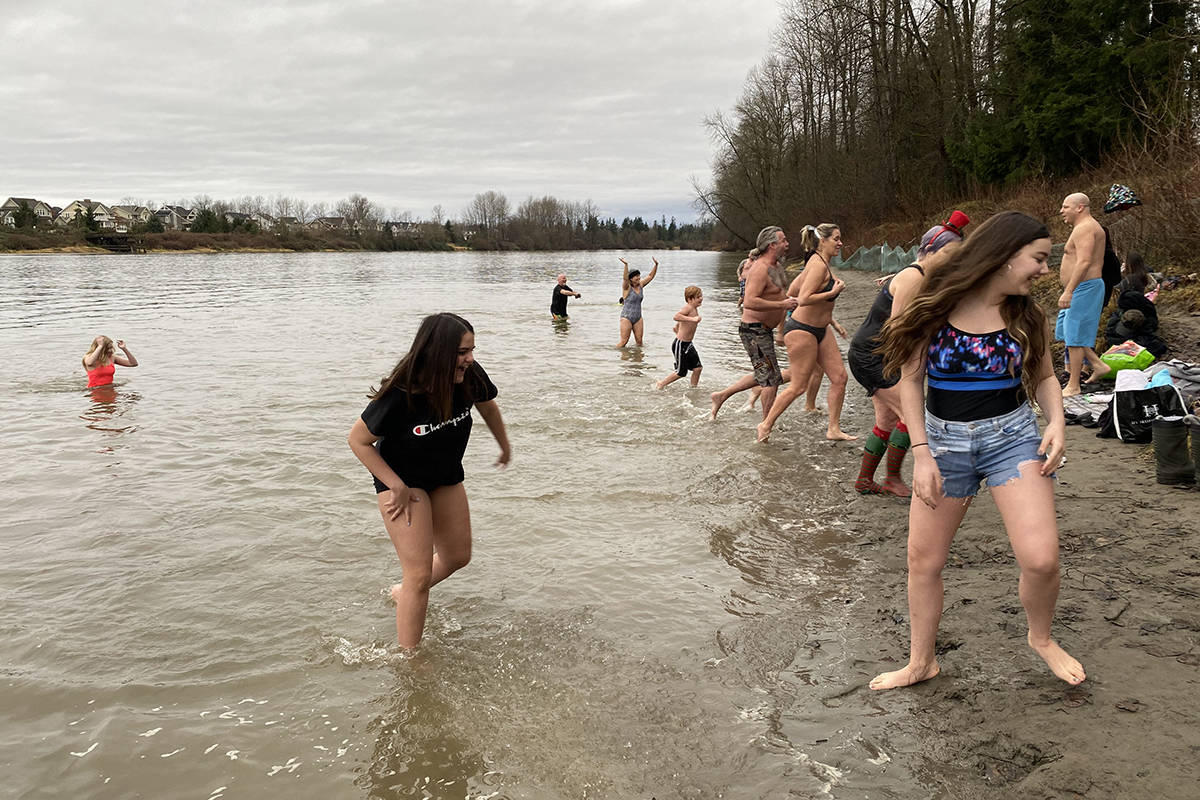 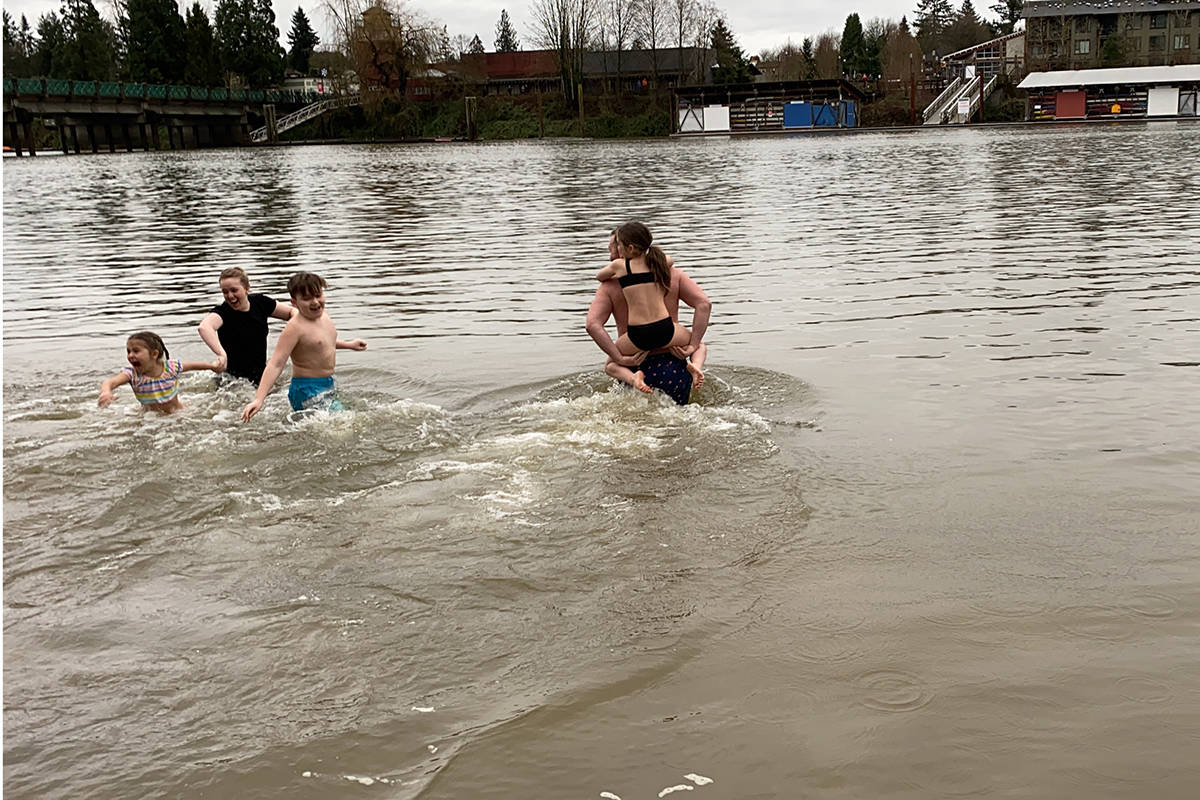 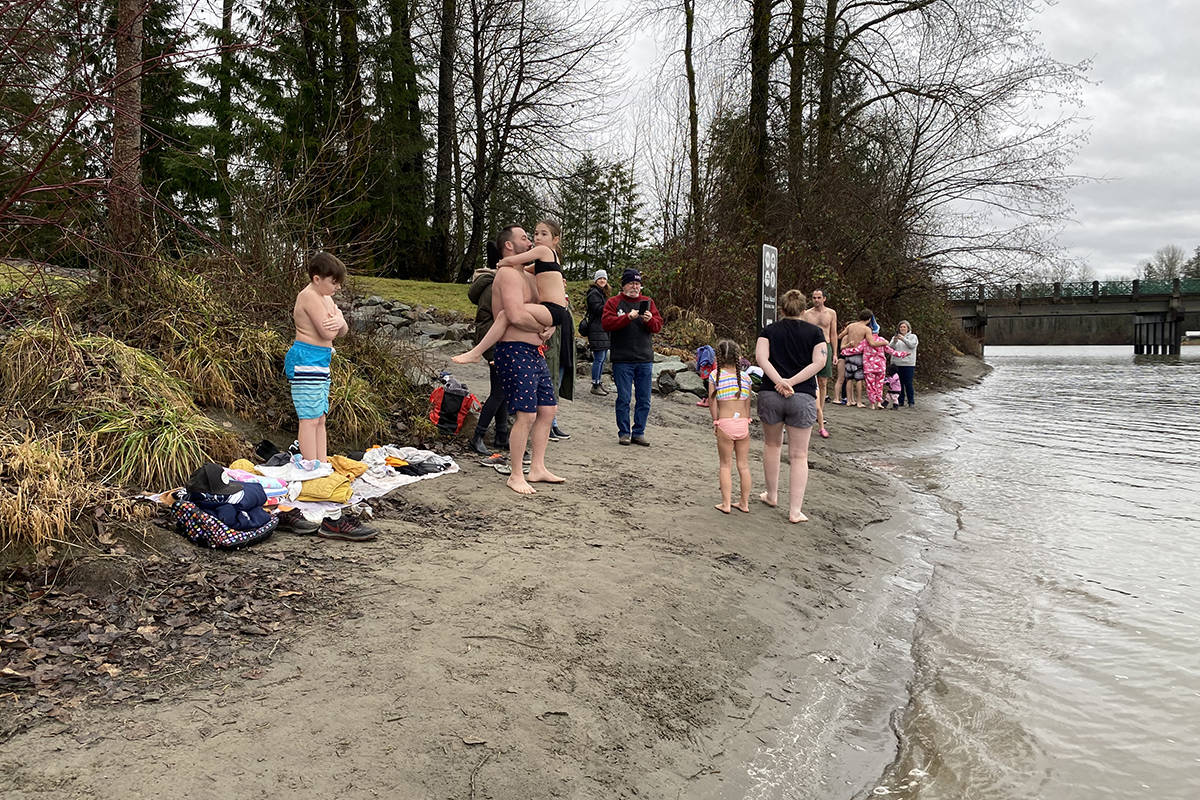 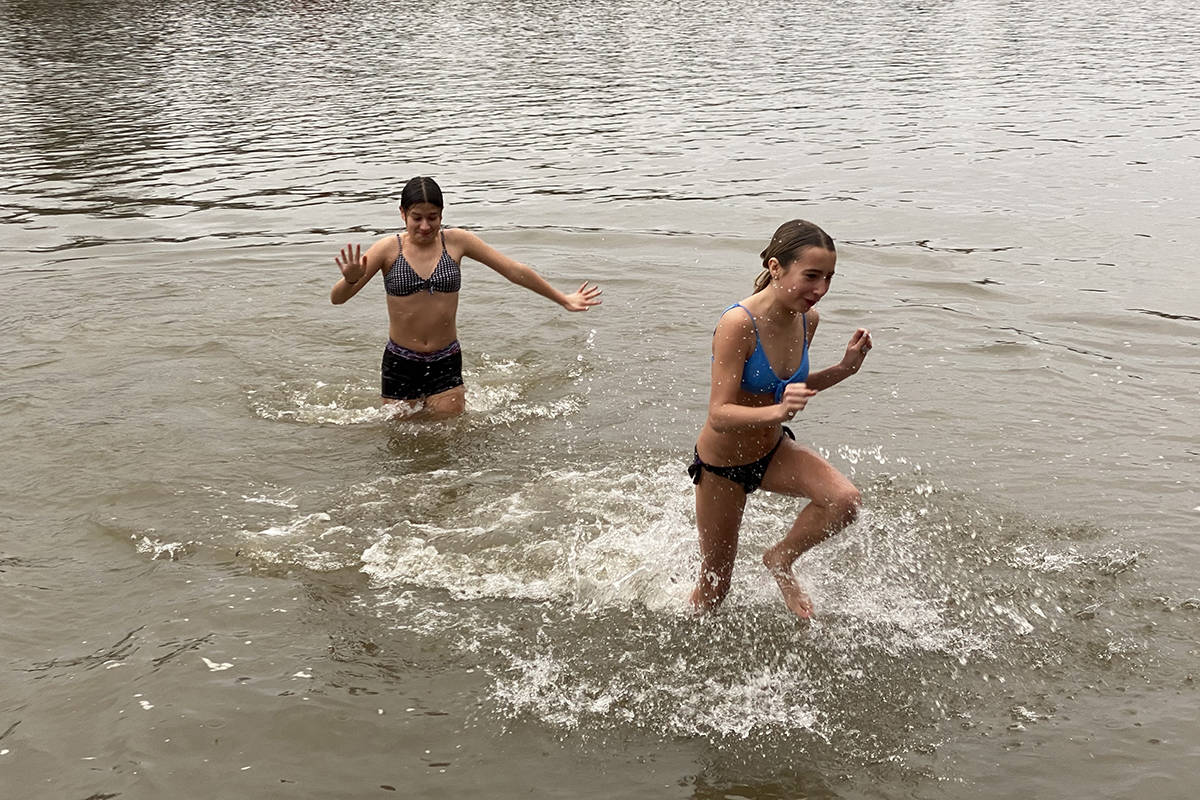 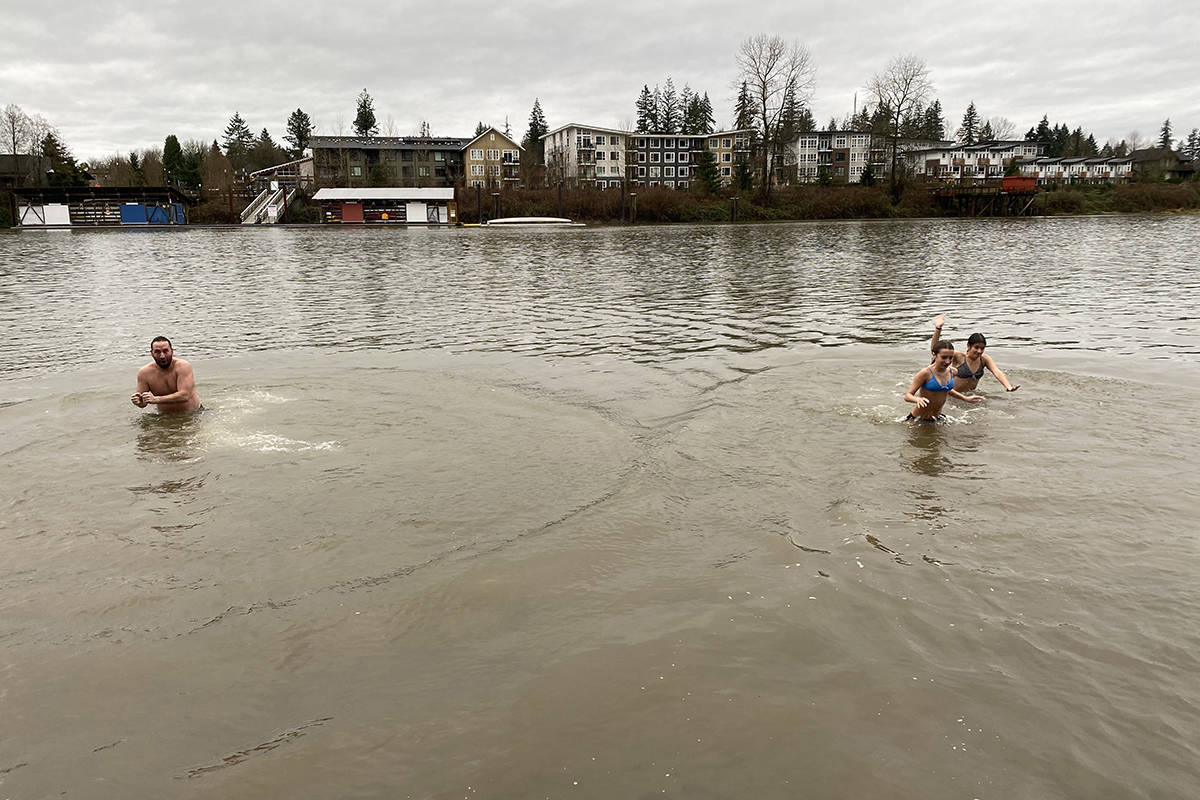 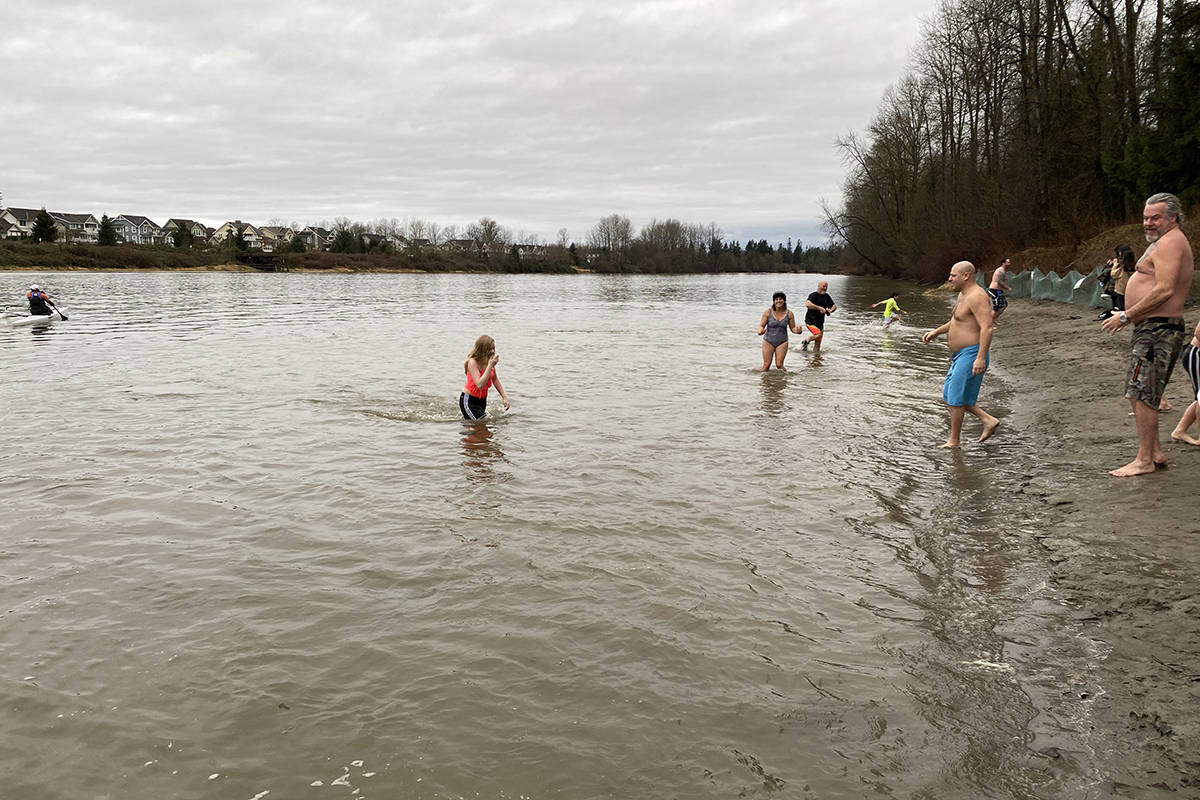 It was a stark contrast to the hundreds who participated in last year’s polar bear plunge in Fort Langley, but there were still a few who gathered on a shallow beach to take a dip in the frigid waters of the Bedford Channel on New Year’s Day.

The shores were quiet for much of the morning, but minutes before noon a handful of groups started to make their way to down the water.

Sherry Brown, 45, said it was her third year participating.

She was one of the first to arrive on the beach with her kids, Addyson Adams, 10, and Nixon Adams, 6. The family secured their spot while they waited for the rest of their party to arrive.

“This year I’m diving right in,” the Walnut Grove resident laughed, noting in previous years she only dipped her toes in the water.

About 30 individuals took part this year.

At noon participants counted down from 10 before braving the chilly water.

“It was cold, but it was actually not as cold as I thought it was going to be,” Brown noted after returning to the beach.

It’s the sense of community Brown gains from the annual plunge that keep her coming back, she said.

“It’s always been the community,” Brown said. “It’s cool to see all these families come out and do something as a tradition to start off a new year.”

Similarly, it’s what keeps Justin McQueen and his family returning each year.

“We came out here to welcome the new year and have a good time,” said McQueen. “We do this every year and it’s just a tradition we like to keep going.”

“It was freezing,” said Elle.

When asked if she would take part again next year, she responded with a smile.

“I thought it was very cold,” said Parker, who weathered the water a second time thanks to a dunk from Dad.

Last year, spectators estimated the event drew the largest crowd since its inception six years ago.

Meanwhile, across town the Aldergrove Credit Union Community Centre (ACUCC) swimming pool did not host its polar bear swim due to COVID-19 restrictions.

This would have been the third year that the Township of Langley offered the tradition at ACUCC; 2018 saw about 80 adults and kids take a dip in the unheated outdoor Aldergrove pool – an interest high enough to make it an annual outing.

Defence argues over cause of death in Langley child murder trial