One man and one woman are dead after a hostage taking ended with gunfire this morning in Surrey.

B.C’s police watchdog has been called to investigate after the standoff in north Surrey ended this morning with what a neighbour describes as “at least 15 or 20” gunshots.”

The Independent Investigations Office is investigating after an estimated two dozen police vehicles, as well as an armoured vehicle, surrounded a home in a residential neighbourhood at 132A Street and 100A Avenue.

In a release, IIO said at about 7:30 a.m., members of the Emergency Response Team went in and a “confrontation with the barricaded male ensued.”

The man was shot and killed, IIO says.

A woman was also found in the home with serious injuries and was later pronounced dead at hospital.

No police officers nor any other members of the public were injured, IIO says.

The standoff started at about 9:30 p.m. on Thursday (March 28) when Surrey RCMP responded to a report of man with a gun and a possible hostage situation, IIO says. Officers attended and evacuated a number of people from nearby homes and properties.

A containment area was established and the Lower Mainland Emergency Response Team was called in.

“Multiple efforts” were made throughout the night and into the morning to “peacefully resolve” the situation, IIO says.

According to a tweet from Surrey RCMP, “Police have the situation contained, but ask residents to stay away from the area of 133 Street and 98A.”

Heavy police presence at 133 and 98A Ave. In Whalley as Sherri Lewis, 25, gives her account of hearing shots fired. She said it was like a movie. #SurreyBC pic.twitter.com/IqIFtiWMIP

Another neighbour who didn’t want to be named, told the Now-Leader that “all night,” every 20 minutes or so, she heard police on the bullhorn saying, “Let the woman go,” and was asking if she was still alive.

According to a news release issued by Surrey RCMP just after 8 a.m. today (Friday), officers were alerted to a “serious incident” at the home just west of Holland Park at about 9:30 p.m. Thursday.

Another neighbour who didn’t want to be named, told the Now-Leader that “all night,” every 20 minutes or so, she heard police on the bullhorn saying, “Let the woman go,” and was asking if she was still alive.

“There will be road closures in the area for a significant amount of time as the investigation is ongoing and police are requesting the public stay away from the area,” a Surrey RCMP release states.

“The scene and situation is now contained and there is no further risk to the public.”

– With files from Tracy Holmes 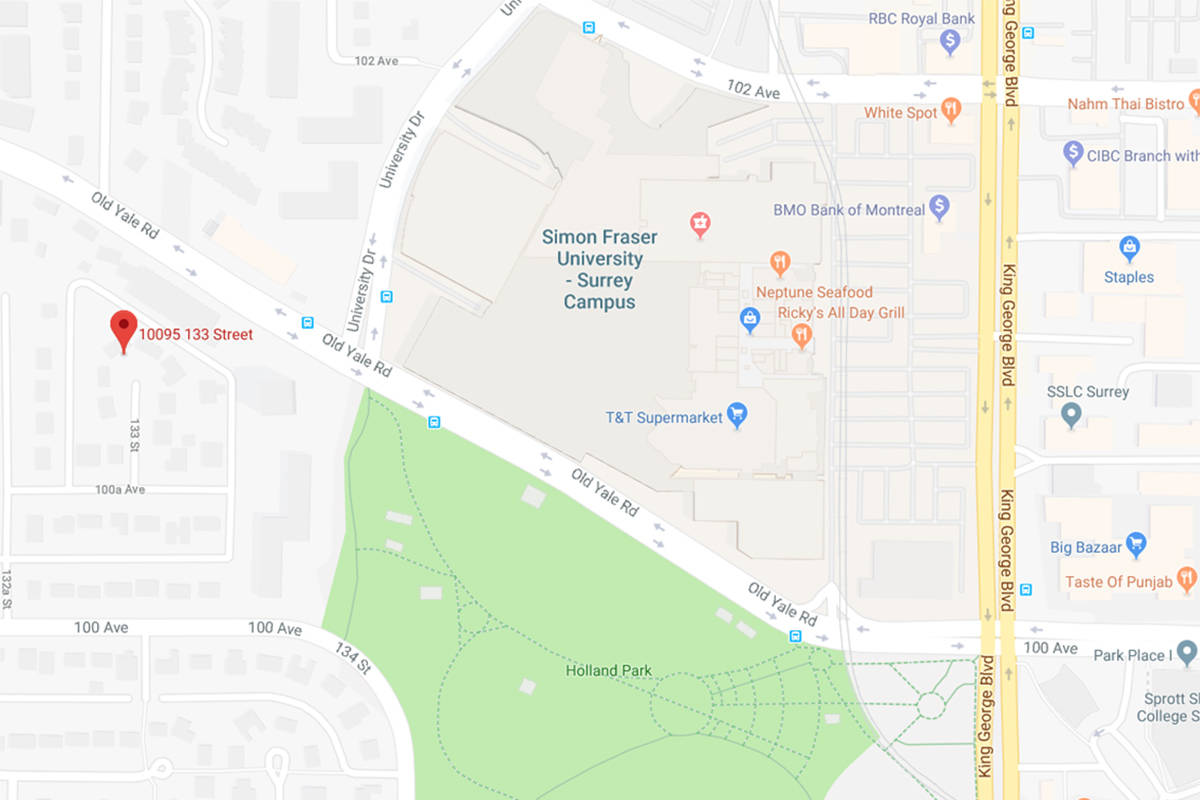 One man and one woman are dead after a hostage situation ended in gunfire this morning in Surrey just west of Holland Park.