A Langley memorial to the Korean War and its veterans has a new upgrade, and will be getting some statues that may be up to 1,000 years old to finish its transformation into a traditional garden.

Just after the New Year, a pond that will be the center of a traditional Korean garden was finished next to the Gapyeong Stone, the first of several memorial stones that have been set up across Canada in recent years.

The stone commemorates the Battle of Gapyeong, also known as Kapyong. It sits in the Derek Doubleday Arboretum, off of Fraser Highway near the Langley Bypass.

During the battle, a small force of Canadian, Australian, and New Zealand soldiers held off a much larger force of the Chinese army north, which was advancing on the South Korean capital of Seoul.

It was one of a series of decisive battles that slowed the advance of the Chinese army, and prevented Seoul from being captured.

Local businessman Michael Chang was the go-between for Gapyeong County, which quarried and donated the stone as a memorial of the battle.

It memorializes the war and the service of Canadians who fought and died in Korea, and has become a gathering place for Canadian veterans as well as Korean-Canadian veterans who have immigrated here since the war.

Although it was installed in the park several years ago, the plan to build a traditional garden around it as part of the memorial is relatively new. The groundbreaking for the garden was held in November.

Local groups offered financial support and raised money for the garden, including Korean-Canadian locals and members of the Royal Canadian Legion. Langley Township parks staff, Rotary Clubs, and the Arboretum Botanical Society of Langley (ABSL) have also worked to bring the garden around the stone to fruition.

The garden will be centered on a pond behind the stone, with large stones forming a retaining wall on one side, Niall McGarvey, assistant manager of parks development and design for the Township, explained at the groundbreaking. A rain garden will link dry ditches running east and west of the site.

Now Chang has two more items to add to the memorial garden, having had them approved by the Arboretum Botanical Society of Langley – a pair of Korean statues apparently dating back to the Koryo Dynasty (918-1392). The statues belonged to the man’s ancestors, Chang said.

Chang said the ABSL has approved the addition of the statues.

The park is also host to the Walk to Remember, a memorial to Canada’s war dead in the Afghanistan conflict. That memorial includes a tree planted for each Canadian who died in the war, as well as a large metal central memorial. 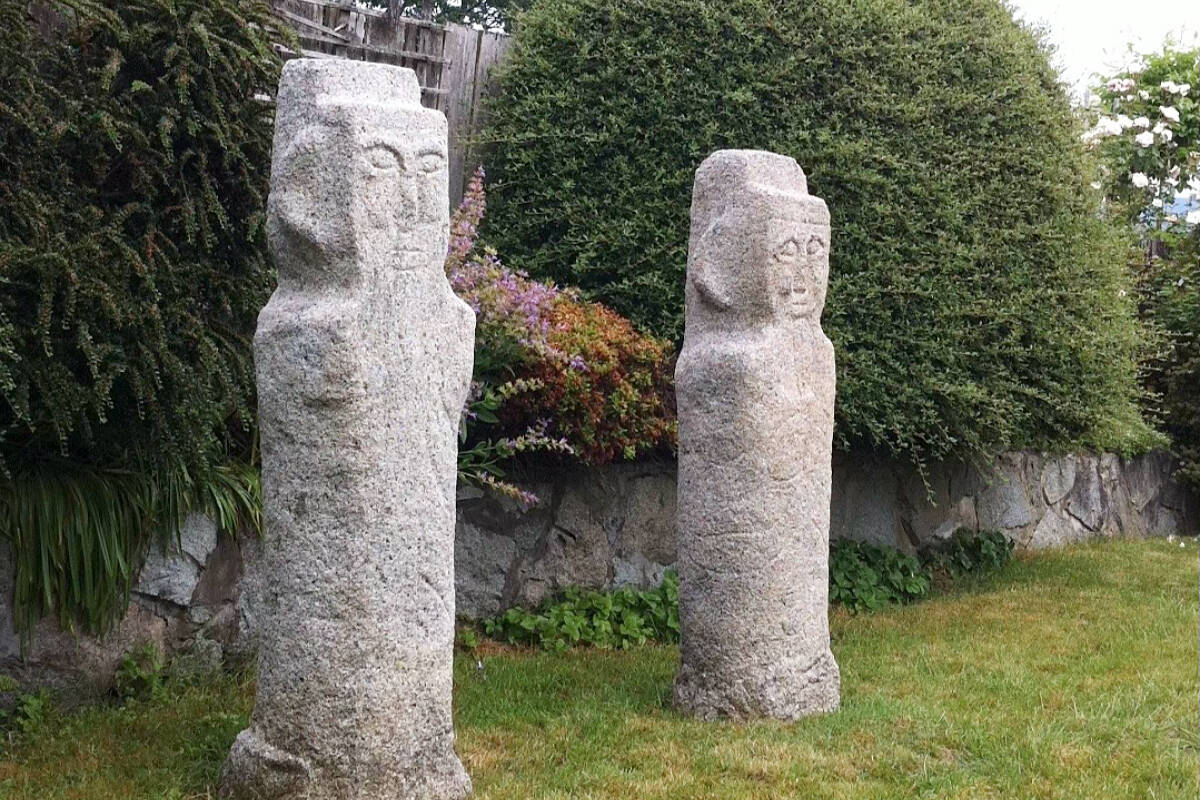 Two statues up to 1,000 years old are being donated to the memorial at the Derek Doubleday Arboretum. (Michael Chang/Special to the Langley Advance Times)

Flight disruptions cascade across US after computer outage