Work has begun on a pop-up public park for a vacant Fort Langley lot owned by builder Eric Woodward.

Woodward, who cancelled development plans for the site because of a dispute with the Township, said the project will include community gathering spaces and family play areas including an outdoor lounge, picnic areas, outdoor ping pong and other elements.

“We expect to have the major items complete by early July,” Woodward said.

“We may be able to open up some areas sooner.”

The plans call for re-turfing the site, removing the concrete barriers and moving the temporary construction fencing closer to the boarded-up buildings on the property.

The location at Glover Road and Mary Avenue is the site of the canceled Glover Mary Church project, a mixed-used building that would have included a boutique hotel.

“Given the situation, it could be years before we are allowed to proceed with anything, and we can’t just let such a critical area in the heart of the village just sit as it is,” Woodward said.

He said the park was a response to some complaints and “constructive and positive criticism we have heard about how the site will look for the long term.”

In October, Woodward had an unoccupied house on Mary Avenue painted bright pink to bring attention to the standoff with the Township of Langley over its demolition.

He later had the house repainted grey.

In March, Township council voted 6-2 against having Woodward present his concerns to them at a special session. 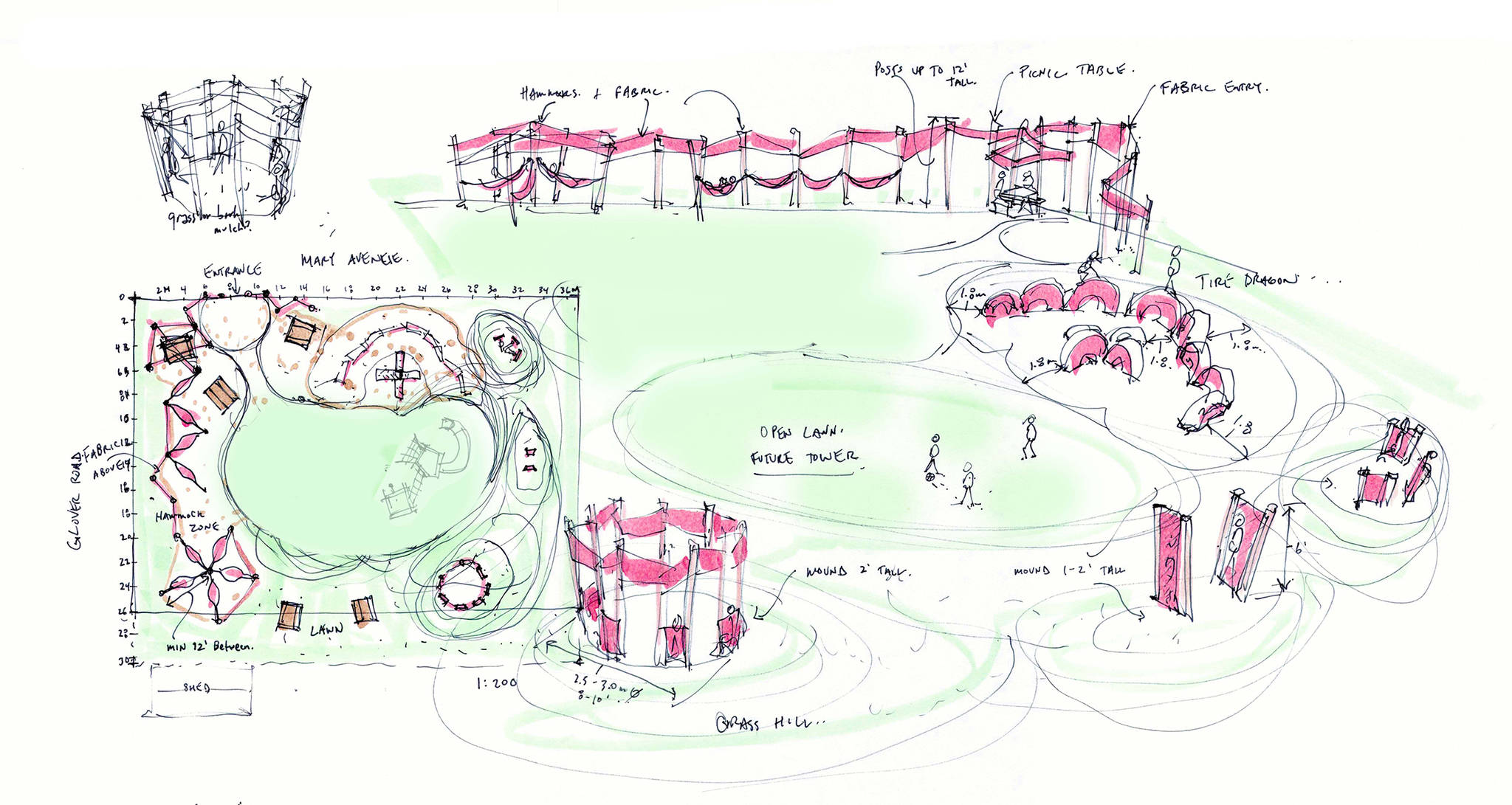 Design of a pop-up park planned for a Fort Langley vacant lot by builder Eric Woodward, who cancelled development plans for the site because of a dispute with the Township. Supplied image