More than two dozen local, state and federal law enforcement agencies, including the FBI, were in Portland, Oregon, on Saturday to help police there monitor a right-wing rally that’s expected to draw demonstrators from around the U.S.

Self-described anti-fascists — known as antifa — have vowed to confront the rally while leaders from the far right urged their followers to turn out in large numbers to protest the arrests of six members of right-wing groups in the run-up to the event.

Patriot Prayer’s Joey Gibson, who is not involved in this weekend’s event but organized similar rallies in 2017 and 2018 that erupted in clashes, surrendered Friday on an arrest warrant for felony rioting. He was at a confrontation that broke out on May 1 outside a bar where antifa members had gathered after a May Day demonstration. 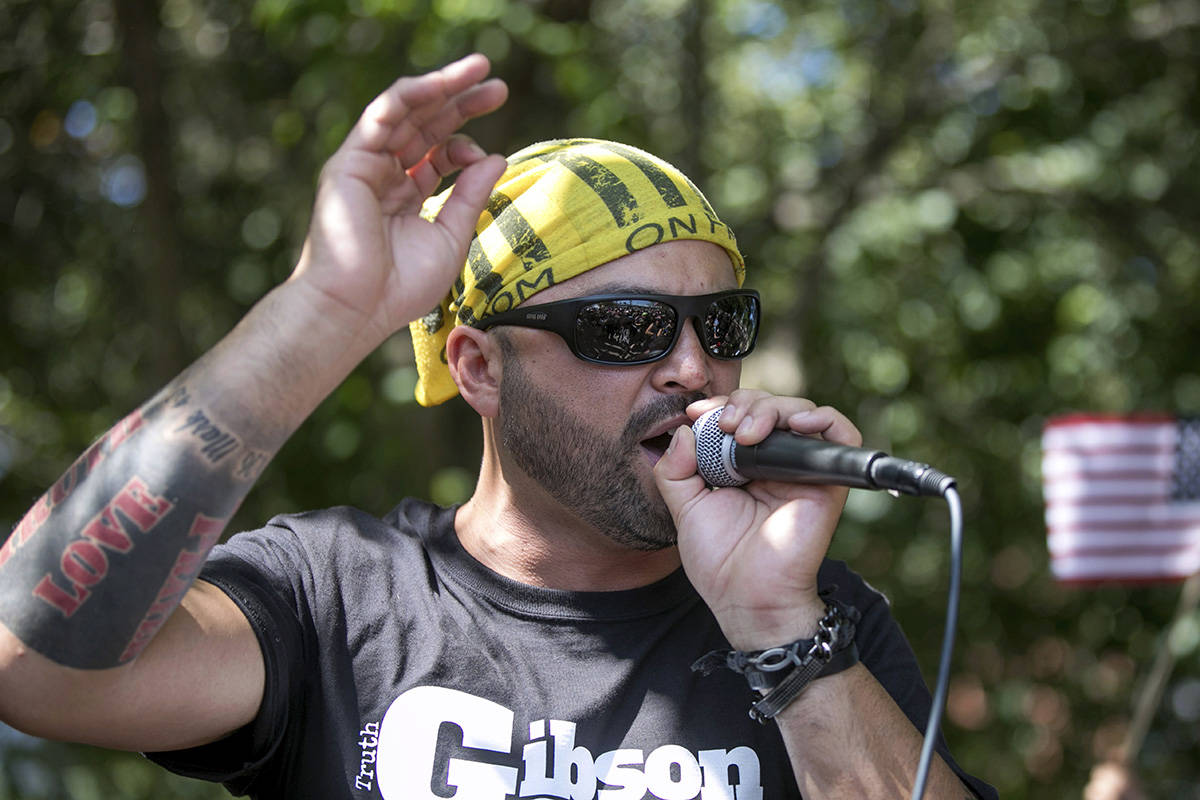 FILE - In this Aug. 4, 2018 file photo, Patriot Prayer founder and rally organizer Joey Gibson speaks to his followers at a rally in Portland, Ore. On Friday, Aug. 16, 2019 authorities announced they’ve arrested Gibson, the leader of the right-wing group, on the eve of a far-right rally that’s expected to draw people from around the U.S. to Portland on Saturday, Aug. 17, prompting Gibson to urge his followers to “show up one hundred-fold” in response. (AP Photo/John Rudoff, File)

In a video he livestreamed on Facebook, Gibson accused the police of playing politics by arresting him but not the masked demonstrators who beat up conservative blogger Andy Ngo at a June 29 rally that drew national attention to this small, liberal city.

A video of that attack went viral and led the Proud Boys, who have been designated a hate group by the Southern Poverty Law Center, to organize Saturday’s event.

“What I’m saying to everybody who’s listening to this (is) they’re trying to shut you guys up. They want you to not show up in Portland, they want to put fear in your hearts,” Gibson said.

“When a government pushes back like that, we don’t bend the knee,” Gibson said, as he walked to the jail. 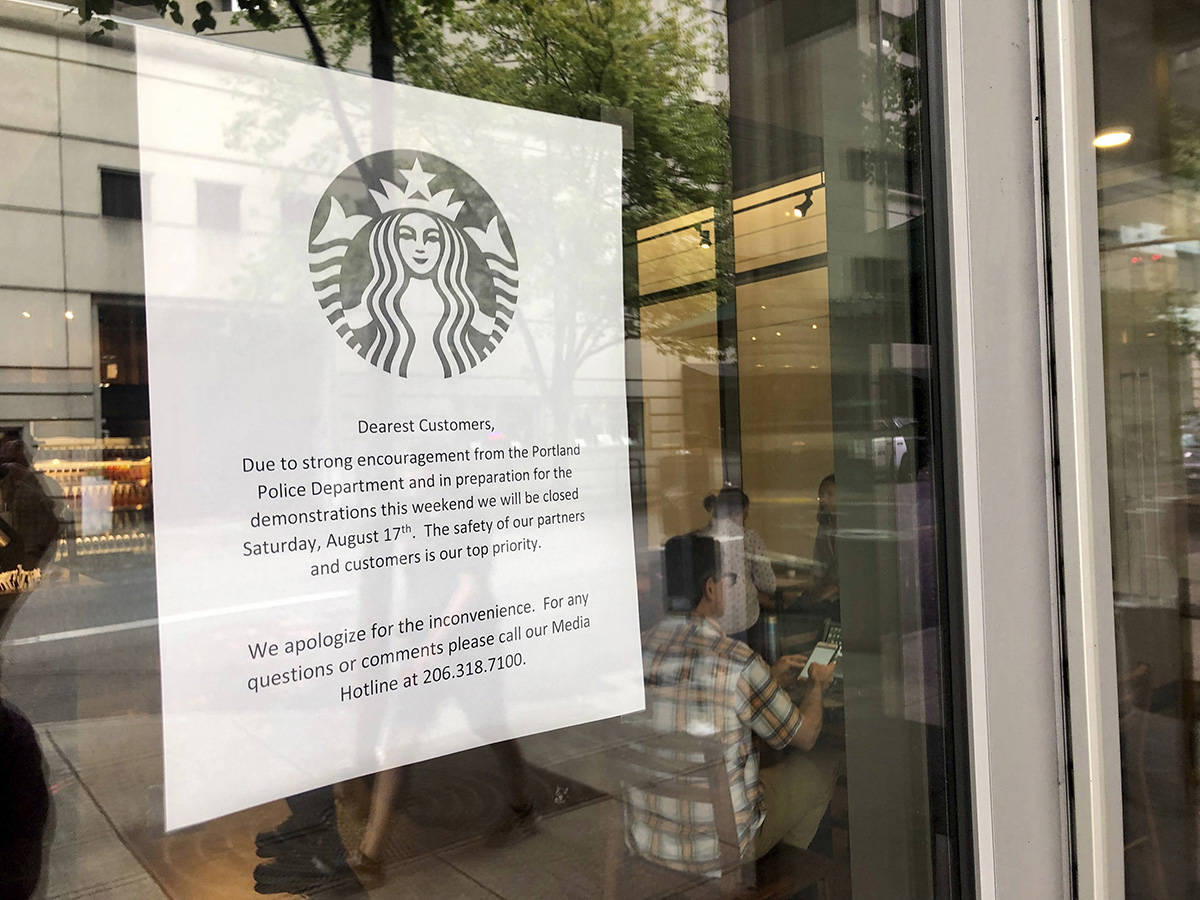 A coming closure sign is posted in the window of a Starbucks Cafe near where a large rally is planned in Portland, Ore., Friday, Aug. 16, 2019. In the past week, authorities in Portland have arrested a half-dozen members of right-wing groups on charges related to violence at previous politically motivated rallies as the liberal city braces for potential clashes between far-right groups and self-described anti-fascists who violently oppose them. (AP Photo/Gillian Flaccus)

Portland Police Bureau spokeswoman Tina Jones declined to comment about specific arrests but said generally police continue to investigate several incidents from clashes on May 1 and June 29 and are politically neutral.

Members of antifa often cover their faces with masks, making it harder to identify them.

“We receive criticism no matter what. It’s either too much, not enough, you arrested this group and not this group,” Jones said. “It seems like some people are keeping score, and that’s not what it’s about on the law enforcement side. One hundred per cent, it’s about public safety.”

In addition to the Proud Boys, the white nationalist American Guard and the Three Percenters, a far-right militia, have said they will have members in Portland.

The Oath Keepers, another far-right militia group, said in a statement they were pulling out of the rally because organizers have not done enough to keep white supremacist groups away.

“It would be best for the patriot/conservative cause if this August 17 rally were simply cancelled,” the group’s founder, Stewart Rhodes, wrote. “Those who want to protest the way Portland coddles Antifa should start over, with a clean slate.”

Authorities asked residents not to call 911 unless it’s a life-threatening emergency and to stay away from the heart of downtown. Some city streets will be closed Saturday, as well as a major bridge connecting the east and west sides of the city.

Sea-to-Sky Gondola in B.C. likely out of commission until 2020