A threatening post made by a Langley youth on social media Monday led to fear among parents and students and the use of a lot of RCMP resources to investigate. In the end, the situation wasn’t so much a threat to a school or students as it was a poor decision made by a misguided teenager, said Langley RCMP Cpl. Craig van Herk.

Parents from one Langley school saw the teen’s post, which included a picture of one youth and a threat of some sort. Parents contacted Langley RCMP on Monday and police began to investigate, said van Herk.

Officers managed to track down the teen who wrote the post and also met with their parents. The youth immediately removed the post and there was full discussions with police, said van Herk. RCMP don’t feel the youth posed a genuine threat.

In the meantime, a group of parents posting online wrongfully identified the youth in the picture and parents of Langley Fine Arts students felt the youth’s post was a direct threat against that school, said van Herk.

“Safety is critical, but this got made into something much bigger than it should have been and took a lot of police resources because of rumours on social media,” said van Herk.

Langley School District assistant superintendent Mal Gill posted a letter to parents at LFAS saying the situation had been dealt with and there is no “immediate danger to the school.”

He reminded parents and students that rumours spread on social media can hinder police investigations and instill unnecessary fear and panic. 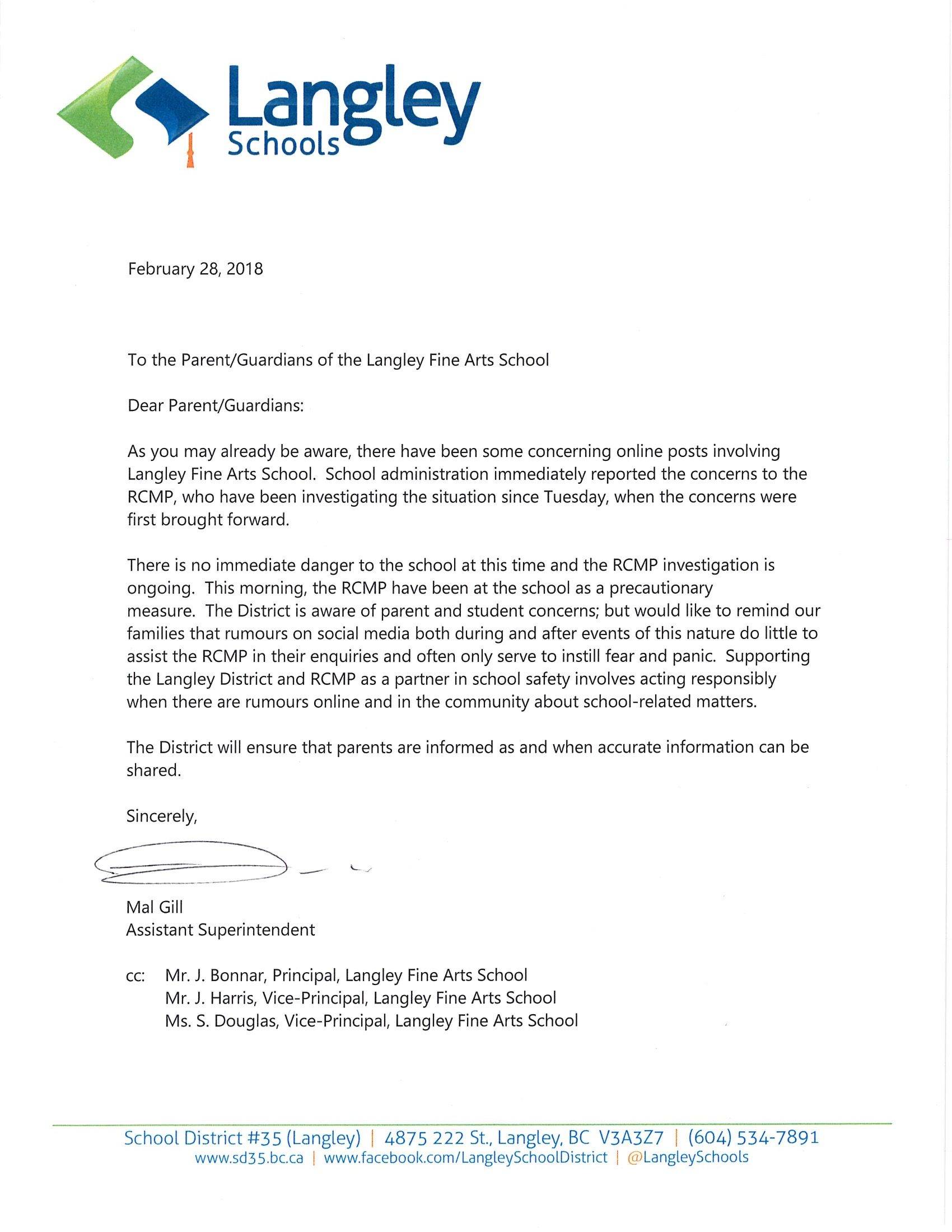