A former Chilliwack man has been arrested and charged in relation to the theft of five newborn kittens in Abbotsford on March 30.

He has now been charged with break-and-enter in relation to the kitten theft.

Macaulay has also been charged with theft under $5,000, mischief, and breach of probation related to a theft-from-auto incident on the day of his arrest in the McCallum area of Abbotsford.

Local resident Janet West reported on March 30 that five 10-day-old kittens had been stolen early that morning during a break-in at her home near Mill Lake while she, her daughter and her son were sleeping.

Several other items were also taken, including computers, clothes, shoes, passports and an Apple TV.

It was believed that the kittens were stolen so that they could be sold online or in public.

Police released surveillance video of the thief later that day.

One of the kittens was taken to the SPCA the following afternoon by a man who arrived in a cab. Shortly after, police located the other four and returned them to the family.

RELATED: Five newborn cats stolen from Abbotsford have been returned

Macaulay currently remains in custody and is due back in court on April 19.

According to the provincial court database, he has several prior convictions for offences such as possession of stolen property, possession of an unauthorized firearm, uttering threats, domestic assault, possession of a break-in instrument, robbery, break-and-enter, and breaching his conditions.

Macaulay also has a theft-under-$5,000 charge from December 2020 in Mission that is still before the courts.

Most of his offences occurred in Chilliwack. His Facebook page indicates that he attended Sardis Secondary School and has been living in Abbotsford since May 2020.

According to previous media reports, in March 2019, Macaulay was charged in Nova Scotia – where his brother was living – with possession for the purpose of trafficking in hydromorphone (an opioid used to treat severe pain). His brother was also charged, and Macaulay was sent back to B.C.

The following month, when he was living in Chilliwack, Macaulay was named one of B.C.’s top 10 auto-crime offenders of the year by the police Integrated Municipal Provincial Auto Crime Team. Police described him as a “prolific offender.” 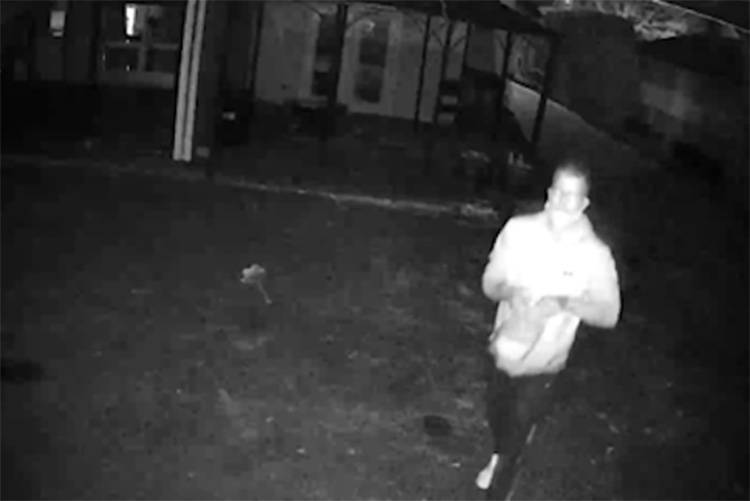 Police released this photo, as well as video, of the suspect in the theft of five kittens at an Abbotsford home on March 30.