Three young men have been arrested and are facing possible charges after allegedly being caught in Abbotsford with items that included purple fentanyl.

Sgt. Judy Bird said the arrests of the two 18-year-olds and one 19-year-old follow a joint operation by the Abbotsford Police Department’s (APD) gang crime and drug enforcement units.

She said the project targeted associates of the Lower Mainland gang conflict who are involved in street-level drug trafficking.

The three men were stopped in a vehicle, and police seized approximately $1,500 in cash, individually packaged doses of suspected fentanyl and crack cocaine, cellphones used to conduct drug deals, and a 2016 Jeep Wrangler that was being used to deliver the drugs, Bird said.

The three men could now be facing charges of drug trafficking and possession for the purpose of trafficking.

Bird said a referral is also being considered to the Civil Forfeiture Office for all of the seized assets, including the Jeep.

The suspected fentanyl seized in the bust was purple, and Bird explained that producers sometimes add a colouring agent to their drugs to differentiate them from those of other suppliers.

If the drug is good, then users know to seek out, for example, the “purple powder,” she said.

Bird said officers have also recently come across a pink powder that tests have indicated is a benzodiazepine – used in the treatment of anxiety and depression – mixed with carfentanil, an opioid believed to be 100 times more toxic than fentanyl.

He said more-established dealers are aware that police are seizing vehicles and assets during arrests, so they use young drivers to chauffeur them around while they conduct their drug-trafficking business.

“In most cases, these young, new drivers are using vehicles registered to their parents to drive the dealers around with the promise that they will get a share of the profit at the end of the day,” Smith said.

But he warned that these young people can be charged with drug trafficking, even if they never touch the drugs, because they are part of an offence being committed.

As well, the vehicle they are driving can be seized, even if their parents are the registered owners.

Smith also issues a reminder that dozens of youth involved in the Lower Mainland gang conflict and street-level drug trafficking have been shot and killed in recent years.

He urges anyone with concerns to contact the APD GCU at 604-864-4777 or email gangintervention@abbypd.ca or the Combined Forces Special Enforcement Unit’s gang intervention team at 604-897-6023 or gangintervention@cfseu.bc.ca. 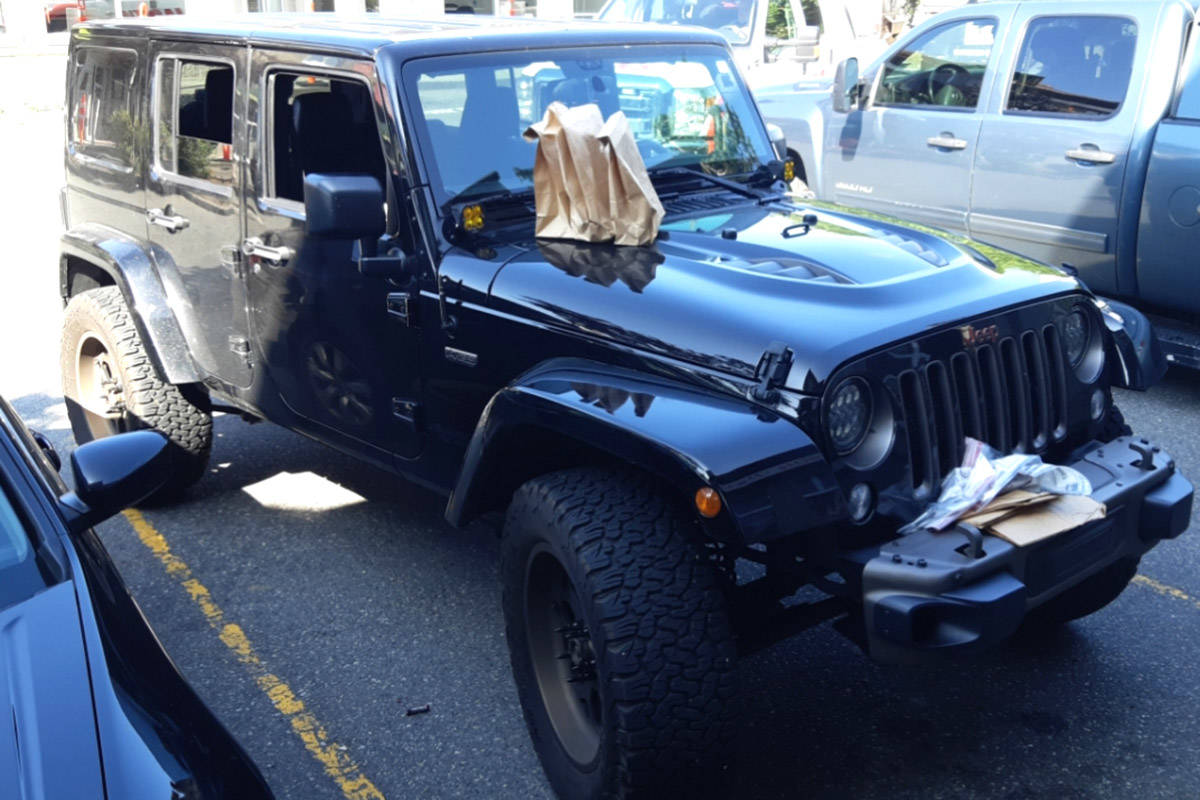 This 2016 Jeep Wrangler was seized by police during a drug bust on Wednesday (Aug. 14) in Abbotsford. (Photo: Abbotsford Police Department)

Donor upset no one noticed B.C. school’s sculpture had been missing for a year

Fatal overdoses in B.C. drop 30% during first half of year