Someone chose the empty fields of Albion flats in Maple Ridge as a place to dispose of stinky cargo a few weeks ago.

Maple Ridge resident Jesse Stretch posted photos on Facebook that show three piles of crabs that had been dumped in a field near Jim Robson Way. He wondered if the rotting mess would attract bears.

Leri Davies, with Fisheries and Oceans Canada, said that almost 700 kilograms of Dungeness crabs were dumpd there on either July 24 or 25 and that the department is continuing to investigate.

“This incident violates the Fisheries Act and its regulations, which prohibits the waste of any fish that is suitable for human consumption.”

No clean up is planned as the farmer is content to leave them there, Fisheries added. 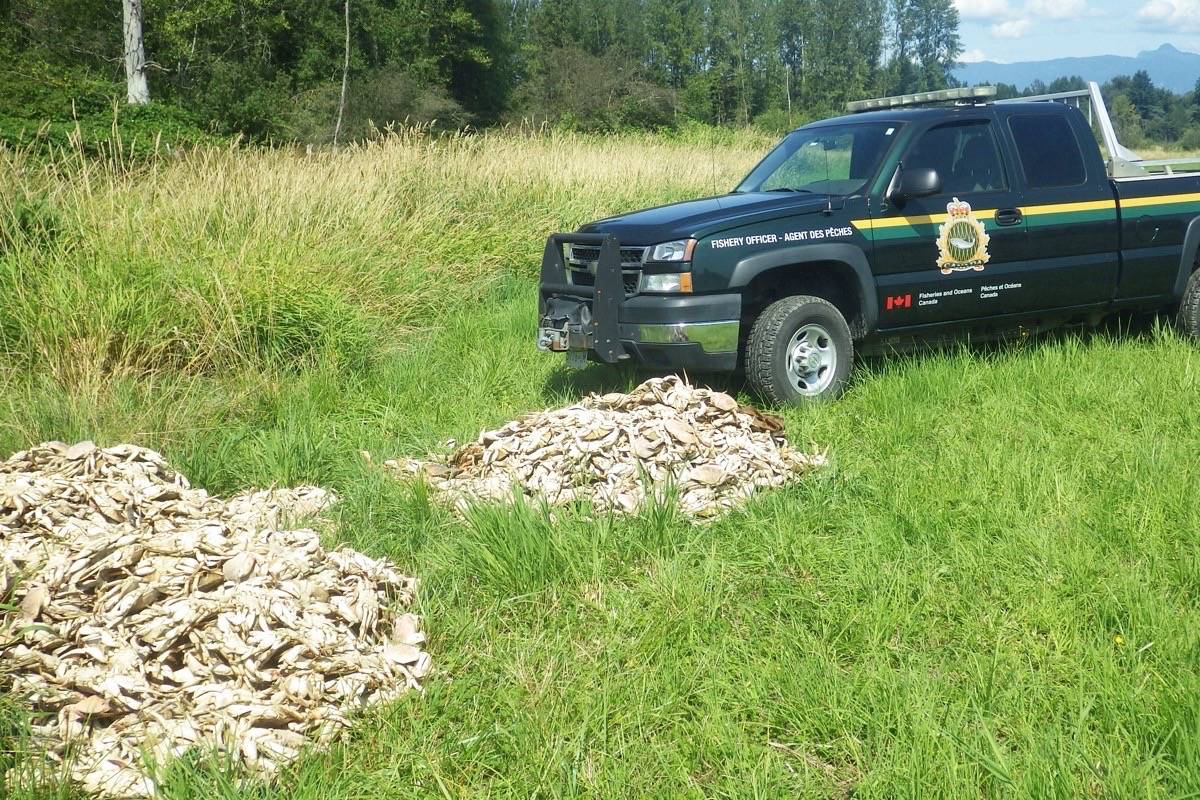