Brookswood is not a crime hotspot in Langley, according to maps generated by the RCMP to identify high crime areas.

Residents of the area, including hundreds who view and post on the Brookswood Crime Watch Facebook page, say that the area has seen an increase in theft, particularly in the past year.

While crime takes place in all of Langley’s communities, the RCMP Crime Map shows Brookswood has having a much lower number of reported crimes than most other neighbourhoods.

Hot spots are denoted by red marks. Sparsely populated rural areas are pale, because there are both fewer people and fewer crimes.

But Brookswood, along with Fort Langley, is one of the areas with the least reported crimes in the Township of Langley.

READ MORE: Anger and fear in Brookswood fueled by crime

Murrayville, with a population of about 10,900, also shows up more intensely on the crime map.

The most intense areas on the map are the region of south Willoughby/Willowbrook, Aldergrove, and Walnut Grove.

Murrayville is next, and Brookswood is barely ahead of areas such as Fort Langley and the Gloucester Industrial Estates.

“It may just be that the other areas are even worse,” said Scott Thompson, who founded the Brookswood Crime Watch group in 2014.

Aldergrove locals have also complained about high numbers of break ins in the past, particularly in the commercial strip down Fraser Highway.

Thompson also said that not every crime is going reported.

“It’s like car break ins, nobody reports those unless the windows are smashed,” he said.

Regardless of the map, Thompson believes crime is definitely on the rise.

Langley City, much smaller than the Township, has its own crime map, which shows hot spots in the downtown core and at several points along major roads, including Fraser Highway, the Langley Bypass, and 200th Street. The neighbourhoods south of the Nicomekl River have a much lower intensity of crime. 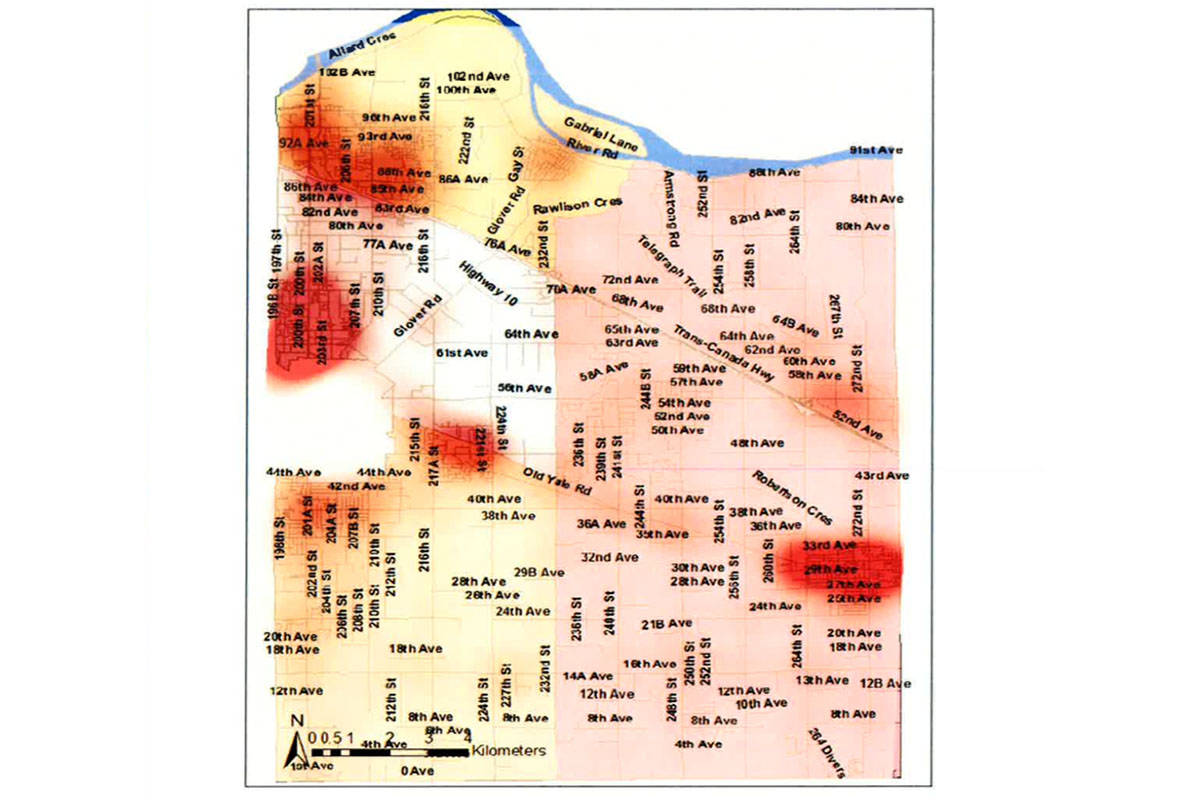