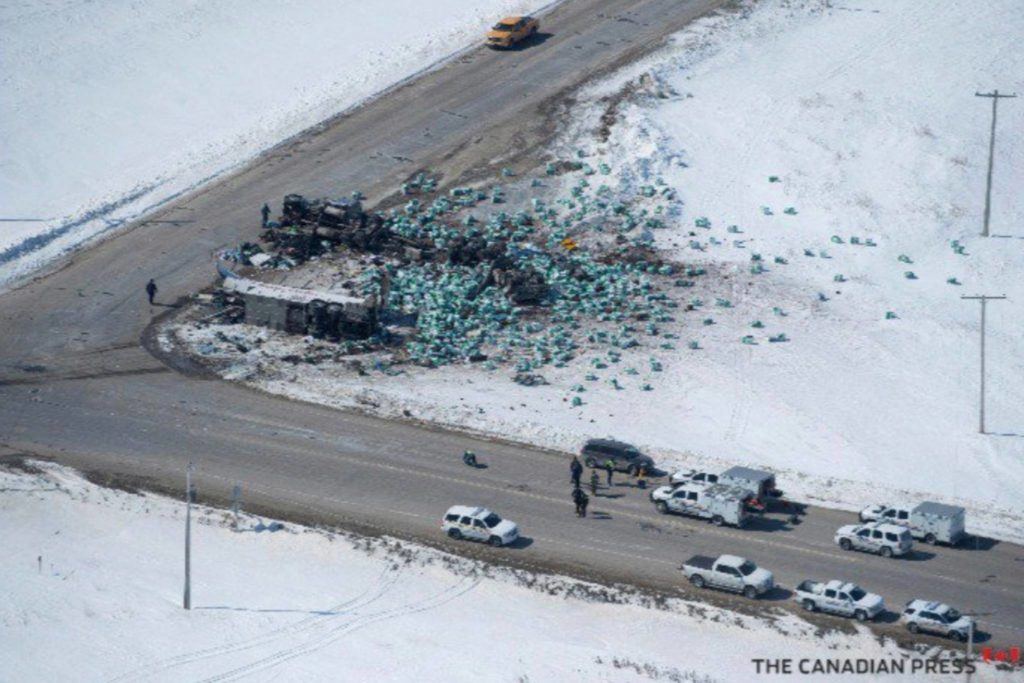 Most of Canada has been left speechless, less than 24 hours after a collision between a bus and tractor trailer in Saskatchewan killed 15 people, including multiple teenage hockey players.

In a media conference Saturday, RCMP said due to the number of deaths and large amount of evidence, it could be some time until investigators confirm exactly what caused the crash.

“I don’t have a lot to say other than the worst nightmare has happened,” said Bill Chow, Saskatchewan Junior Hockey League president.

The truck driver was the lone occupant of the other vehicle at the time of the collision and was not injured, Zablocki said. They were detained by police but released.

We are learning more about the 14 people who have died in the #prayforhumboldt bus crash:
– Humboldt Broncos captain Logan Schatz, 20. He played on Broncos for four years.
– Head coach Darcy Haugan. Father of two children.

– Jaxon Joseph is also among the 14 who died. Son of former NHL player Chris Joseph. @SurreyEagles has confirmed the news, as Joseph played for them in 2015-16.

#HumboldtBroncos broadcaster Tyler Bieber has been confirmed by friends and fellow broadcasters as another among the dead.

#HumboldtBroncos Stephan Wack has been confirmed by friends on social media as another young man dead. According to many this was his YouTube page: https://t.co/rclkrSGj6K