Crews responded to the scene at an agricultural property in the 7200 block of 216 Street, just north of Glover Road and found the 10,000 square-foot building was fully involved.

Firefighters formed a defensive attack using an aerial water stream from a distance due to the heat and exploding propane tanks.

The damage was confined to the shop, Walker said.

The owner, identified in media reports as Garry Cassidy, was away on holiday. He has been notified and is flying back to Langley, Walker added.

Neighbours said Cassidy is a collector of antique cars.

He is well-known in the Langley car community for his collection of high-end vehicles ranging from classic hot rods to 1970-era muscle cars.

Some of his cars have participated in local car shows, including the annual Langley Good Times Cruise-In charitable fundraiser.

A neighbour who asked not to be named described being awakened by the sound of explosions and seeing flames billowing higher than the power lines.

“At about 3:30, I heard some loud bangs, then some sirens coming in,” the resident said.

“They (the explosions) were really loud (and kept happening) every minute or so.”

“I could see huge flames, really big. They have a power line out front and you could see them going above the power line.”

The fire generated a considerable amount of ash, so much that one witness said “it looked like it was snowing.”

Another resident told the Times the cars were housed in a large shop built about a year ago.

The exact cause of the blaze remains under investigation. 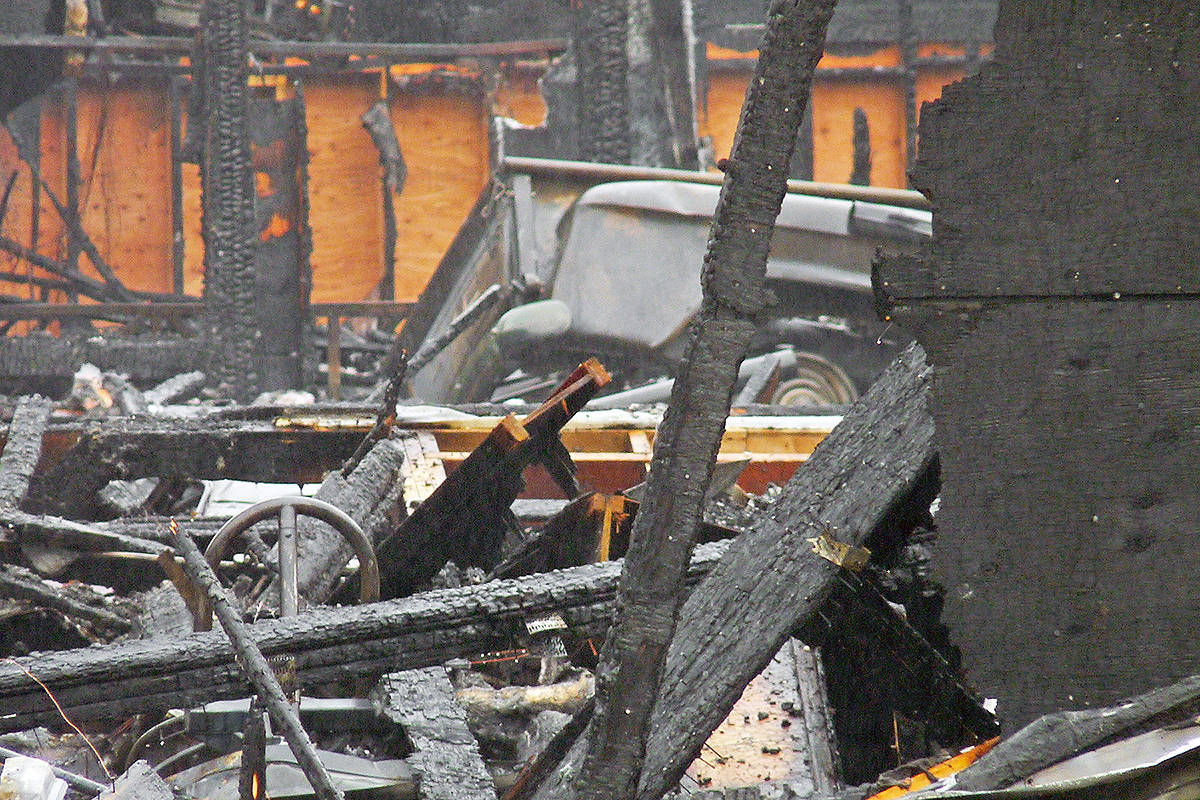 The wreckage of a classic pickup truck could be seen inside a burned-out Langley garage. It was one of more than 30 collectible vehicles lost in the Wednesday morning blaze. Dan Ferguson Langley Times 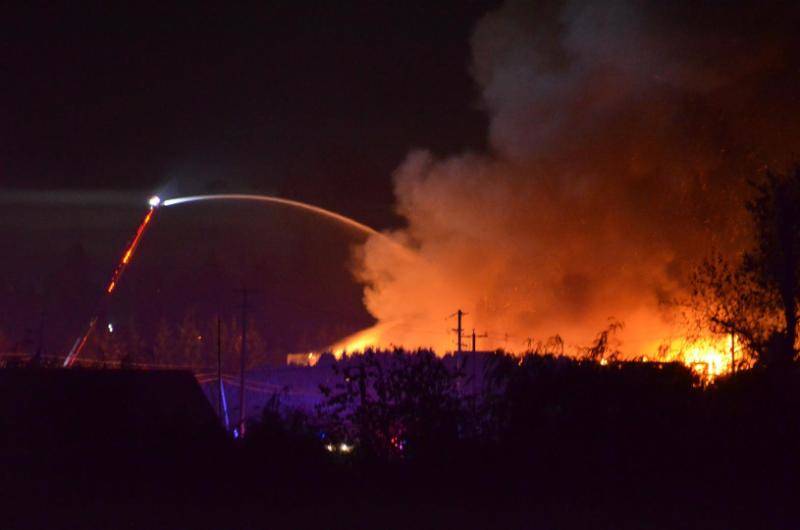