Police were called to the scene of a reported shooting in a quiet neighbourhood of new houses near 211 Street and 79A Avenue in Langley early Sunday morning just before 4 a.m.

RCMP could be observed in front of a taped-off front yard taking photos of what appeared to be shell casing markers.

Police officers were canvassing the neighbourhood, knocking on doors and looking for witnesses.

A tow truck was brought in to remove a dark full size four-door Ram pickup truck from the scene. It had one flat tire.

One resident of the street, who asked not to be named, told the Times he heard what could have been gunshots around 4 a.m. Sunday.

“Four or five shots,” he said.

Another resident, who also wished to remain anonymous, said he heard multiple gunshots around 4 a.m. and later observed a number of small-calibre shells littering the driveway of the targeted house.

He said it was normally a quiet neighbourhood.

What appeared to be two bullet holes could be seen in the garage door of the house.

A statement issued by RCMP said just before 3:45 in the morning, police received multiple reports of gun shots in the area of the 21000 block of 79A Avenue.

“No one was injured in this incident. As this investigation is still in the early stages, it is unknown if this was a targeted incident against the residents at that location.

At this time, investigators do not believe there is an increased threat to general public safety.”

Langley RCMP is asking anyone who may have been in the area and noticed anyone suspicious to contact the detachment. 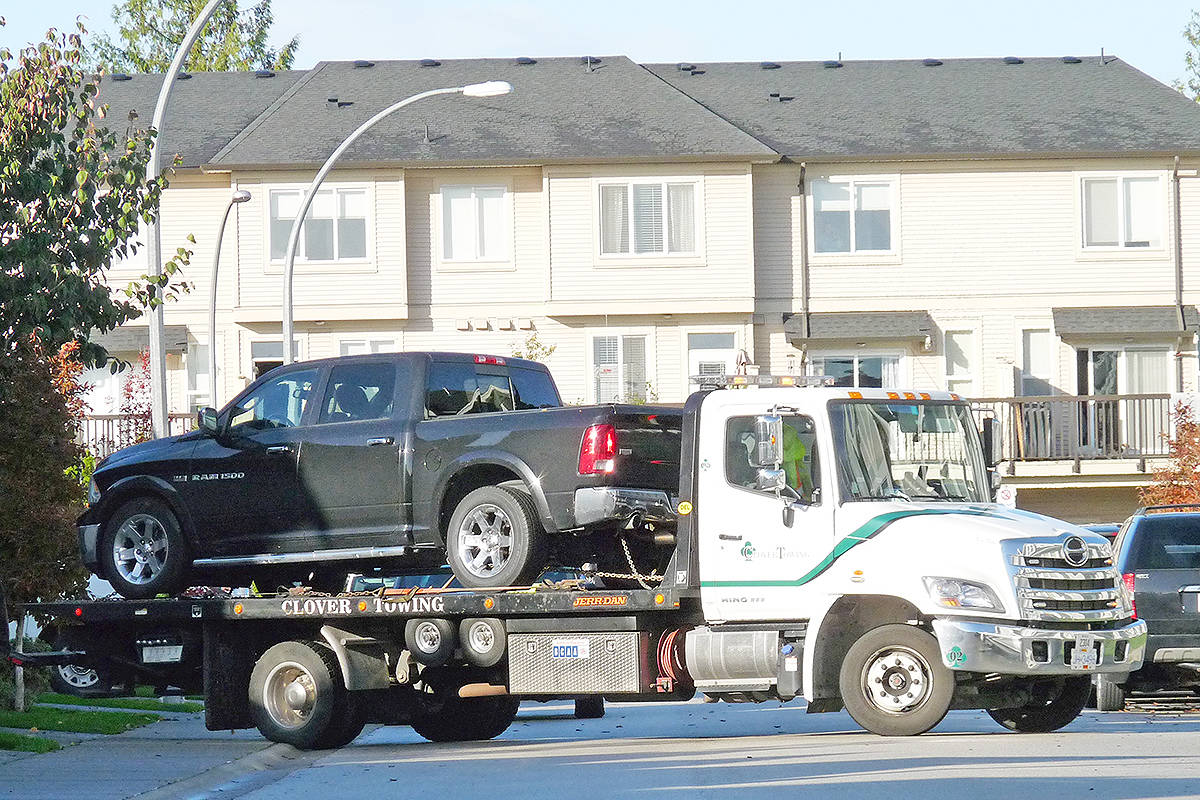 A tow truck removes a pickup from the scene of a drive-by shooting in Willoughby. It had one flat tire. Dan Ferguson Langley Times. 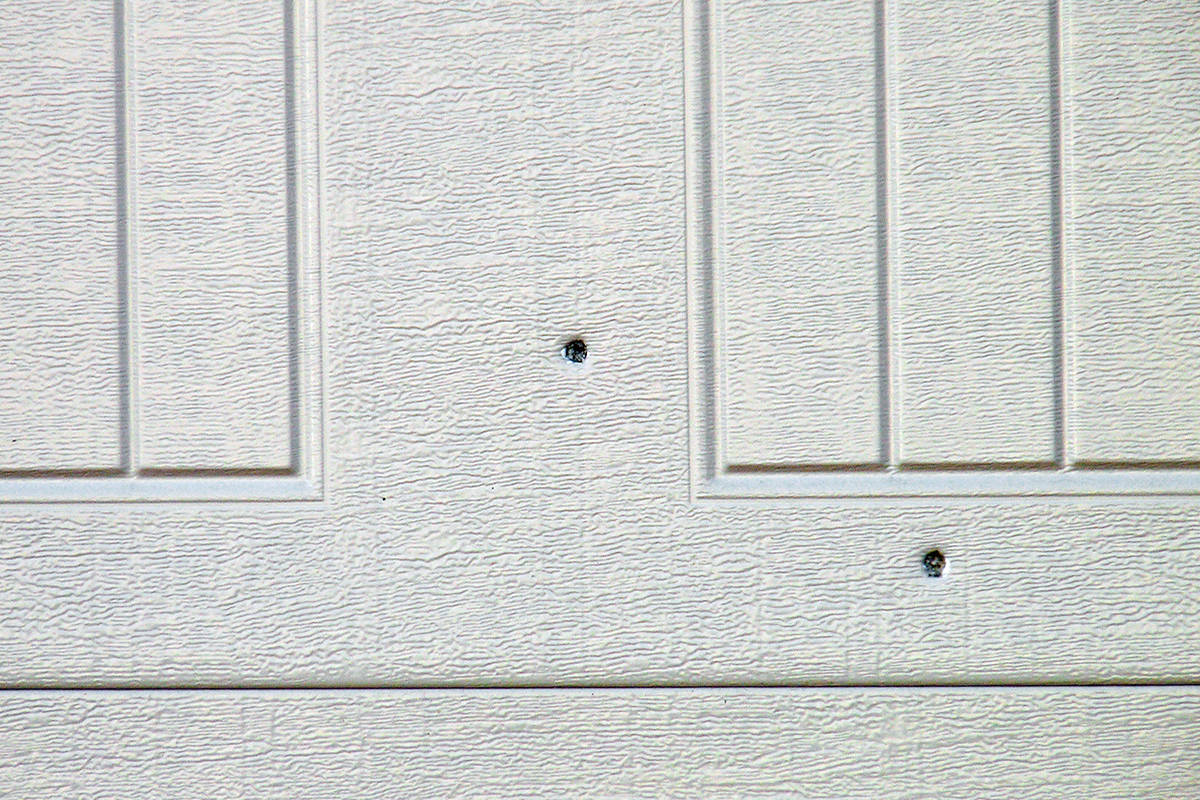 What appeared to be bullet holes could be observed in the garage door of the targeted house. Dan Ferguson Langley Times

PHOTOS: Langley City residents given audience with council and staff

VIDEO: Another car torched in Langley after Surrey shooting