The latest draft of the City of Surrey’s vision for 600 acres in South Campbell Heights has not eased concerns for those focused on protecting the green space.

And this time around, opponents allege, members of the public have been left out of the “extremely hurried” process, including a survey which closed more than a week ago, that was launched to seek feedback on the revision.

“This was top-down, city-led. Whereas before there was a whole public-consultation process, there has been nothing,” Sarah Rush, of Friends of Hazelmere-Campbell Valley, said June 22.

The City of Surrey asked in January 2018 to amend the regional growth strategy (Metro 2040) – including extending the urban containment boundary (UCB) by 245 hectares – in order to accommodate the Stage 1 South Campbell Heights Land Use Plan that was endorsed by Surrey council in July 2017.

The lands are outside of the agricultural land reserve, currently designated rural and a Special Study Area. Bordering the Township of Langley, they also sit above the Brookswood Aquifer, which interacts with the Little Campbell River and other aquifers in the area.

In May 2018, Metro Vancouver rejected the city’s application, supporting instead a resolution to refer it back to the city for consideration of an alternate amendment. The move put all development sought within the boundaries of the Local Area Plan on hold.

According to information on the City of Surrey website, city and Metro Vancouver staff – along with employment-land stakeholders – have been working since then to create a draft revised plan. The result – anticipated to go to council in July – “removes any potential residential uses to increase land for employment,” the site notes.

If council endorses the revisions, a public hearing will be held on the corresponding amendments to the city’s Official Community Plan, the website information continues, and if approved, a corresponding regional growth strategy application will be sent to the Metro Vancouver Board.

In a news release, Rush said conservation, agriculture, landowners and stewardship groups were “bitterly disappointed and concerned when they learned with little notice” of Surrey’s proposal to reapply to extend the urban containment boundary to 12 Avenue, on either side of the Little Campbell River, from its current boundary at 20 Avenue, to open the door for industrial development.

She said council’s support for the move would be a “policy U-turn” – one that could have a devastating impact on the area’s sensitive environment.

“And also, realistically, if you look at the map, you can see that the river is just going to be wedged in-between industrial land. You probably won’t even notice there’s a river there.”

“You can’t just pave over it and think there will be no consequences,” the release states.

Rush said there are many other areas of Surrey that would be more appropriate to designate for employment lands, including a parcel at 10 Avenue and 168 Street that, in 2012, was proposed for a casino complex.

There’s “no reason to go into green lands,” she said.

The planning process for the area first became the subject of controversy in September 2015, after a proposal to build a truck park on 77 acres adjacent to the Little Campbell River was made public.

The request was later withdrawn, and the applicants became involved in the Local Area Planning exercise.

Rush said she and other stakeholders are encouraging those who want to see the area’s heritage, river and biodiversity continue to be preserved to voice their opinion to city officials sooner rather than later. 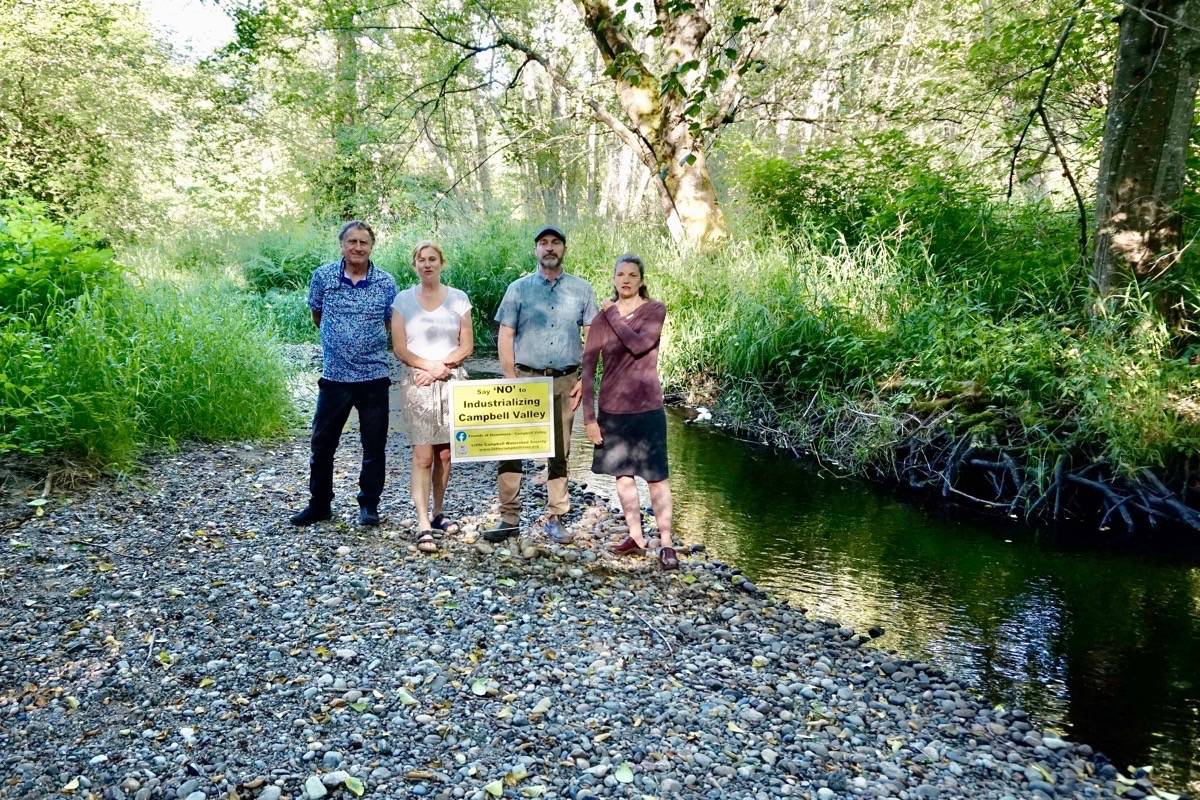 Canada-wide warrant issued for man in Vancouver convicted of manslaughter