Langley East MLA Rich Coleman has been named the interim leader of B.C.’s official opposition following Friday’s announcement by Christy Clark that she will step down as leader of the BC Liberal Party.

But he said he currently has no plans to pursue the role on a more permanent basis.

“I told caucus this morning that have no intention at this time to seek the leadership, and if I ever did change I would step down — and I don’t plan to step down,” Coleman said.

Clark announced on Friday morning that she would resign as leader of the BC Liberal party, effective Aug. 4.

A visibly emotional Coleman addressed the media in Penticton, following a Liberal caucus meeting, offering praise for Clark, and saying the party is determined to renew and move forward.

“I’ve never worked with anybody with more passion and love, and strength of leadership in my entire life,” he said.

“It’s a tough day for our … BC Liberal family. We think the world of her and we were very disappointed this morning when she let us know that decision.

“I knew she was struggling with what she wanted to do,” Coleman said.

“At some point in time, you come to the conclusion it’s time for you to move on, and she has, and we will be forever grateful to Christy.

“Me, as an individual, I will value her friendship for the rest of my life.”

“Having said that, our caucus has to move forward,” Coleman continued.

“British Columbians expect us to be ready to go into a legislative session come September, so my caucus has asked me to step forward to lead the official opposition.

“We’ll be ready by fall. In the meantime, I will assume this role as the official opposition leader on a day that’s pretty tough for all of us.”

Asked why Clark would decide to step down before the NDP-Green coalition government has had chance to prove itself, Coleman replied that it is her decision and the party respects it.

He said the move will give her more time to spend with her son and her family.

Clark has been in been public life, on and off, since 1996, Coleman said, noting a premier typically works 70-80 hours per week, “all the time.”

“When she came back to run, she really saved our party, saved our organization and put us on a very good footing and I think she can walk out with head high that she accomplished more than anybody thought she could. 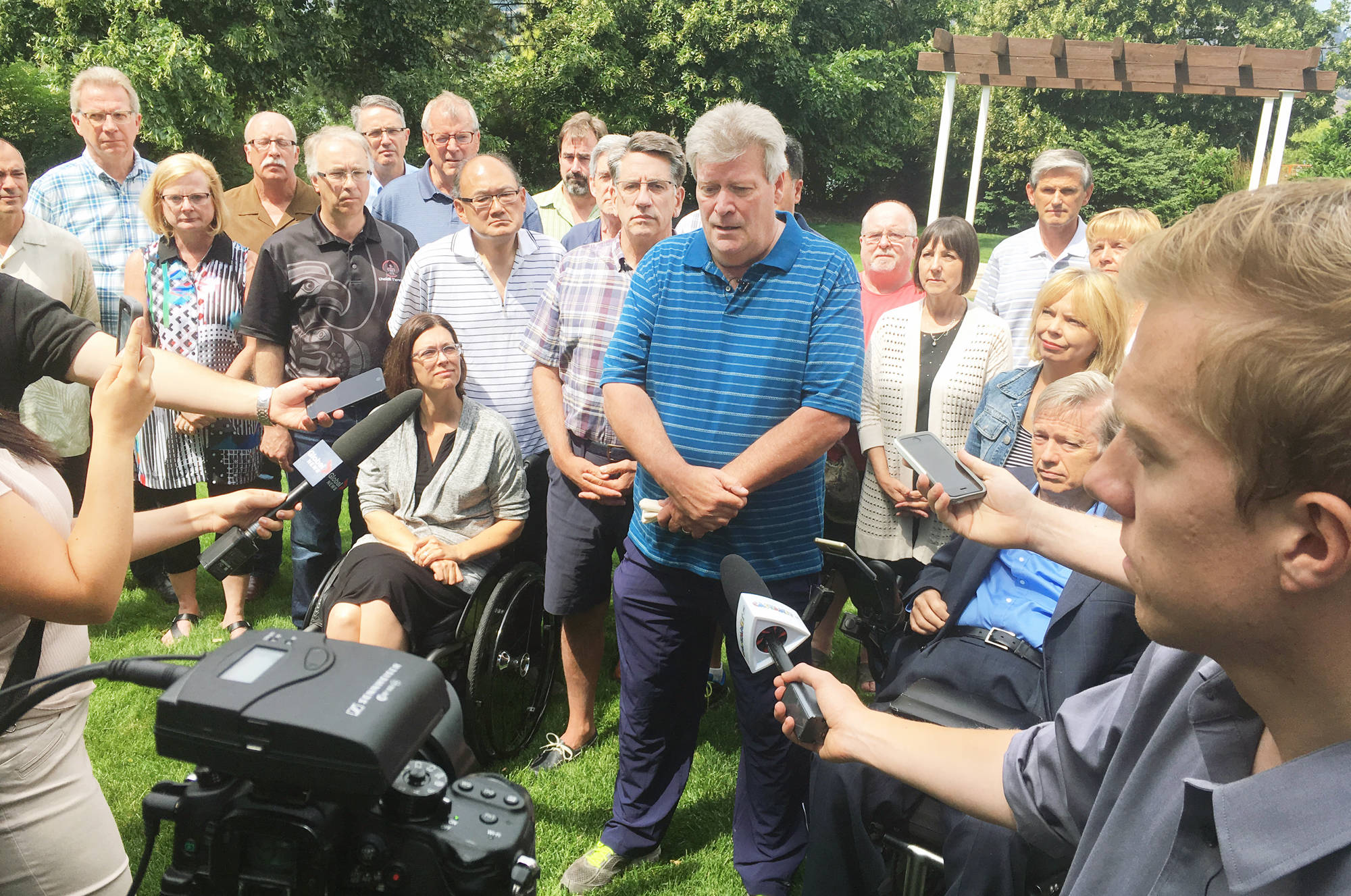 Multi-million dollar home up for auction on Salt Spring Island