At least one person was taken to hospital Saturday (July 4) evening following a collision between a semi and a BMW on Highway 99 in South Surrey.

The incident occurred at approximately 6:20 p.m., in the northbound lanes of the highway, just past the 16 Avenue overpass.

According to one witness at the scene, the BMW sustained severe front- and rear-end damage, while damage to the semi was to its front right side.

Several concrete barriers were also flipped over and damaged.

An occupant of the BMW was transported to hospital, while the truck driver was assessed at the scene, the witness said.

It’s unclear what led to the collision; traffic in the area is expected to be affected while crews tend to the scene. 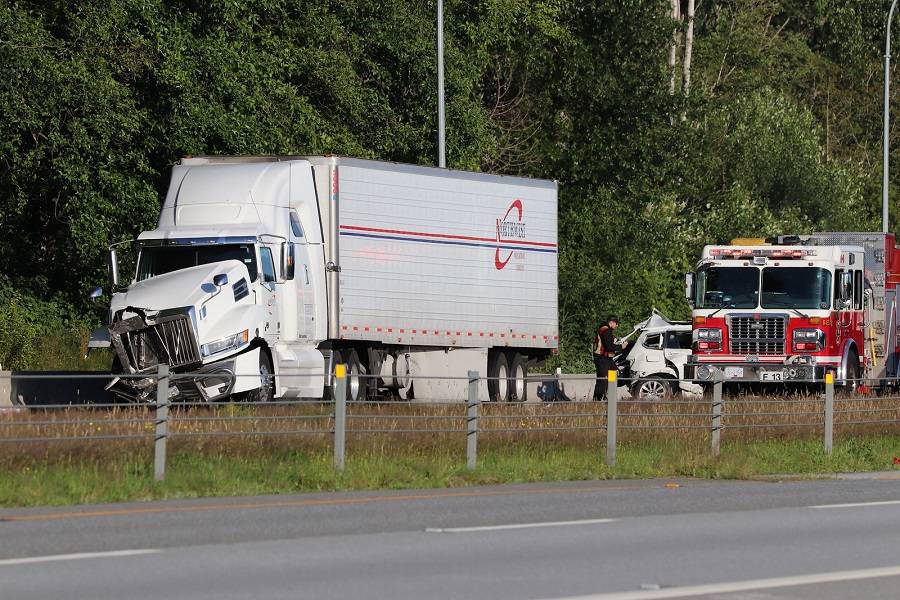 At least one person was taken to hospital Saturday (July 4) following a collision between a BMW and a semi-trailer on Highway 99 in South Surrey. (Shane MacKichan photo)