A 25-year-old man from Langley and a 37-year-old woman from Maple Ridge were two of the four people taken to hospital after a crash on the Golden Ears Bridge shut down traffic in both directions for some time Friday night.

Around 9 p.m. Friday, Township of Langley and Maple Ridge fire crews responded to reports of a serious collision northbound at the south end of the bridge.

They arrived to find two vehicles had collided and debris was strewn across all lanes of the bridge blocking all traffic, said a witness.

Emergency crews had a difficult time making their way through all of the stopped cars to get to the scene of the crash.

At least four victims were transported to hospital, including one young child in a car seat.

Staff Sgt. Loi Ly, of the Langley RCMP, said passengers are now in stable condition and did not sustain serious injuries.

He added that speed is believed to be a factor.

After dealing with the injured, RCMP turned there attentions to helping trapped traffic on Golden Ears Way and the 201st Street onramp to turn around and exit the area. 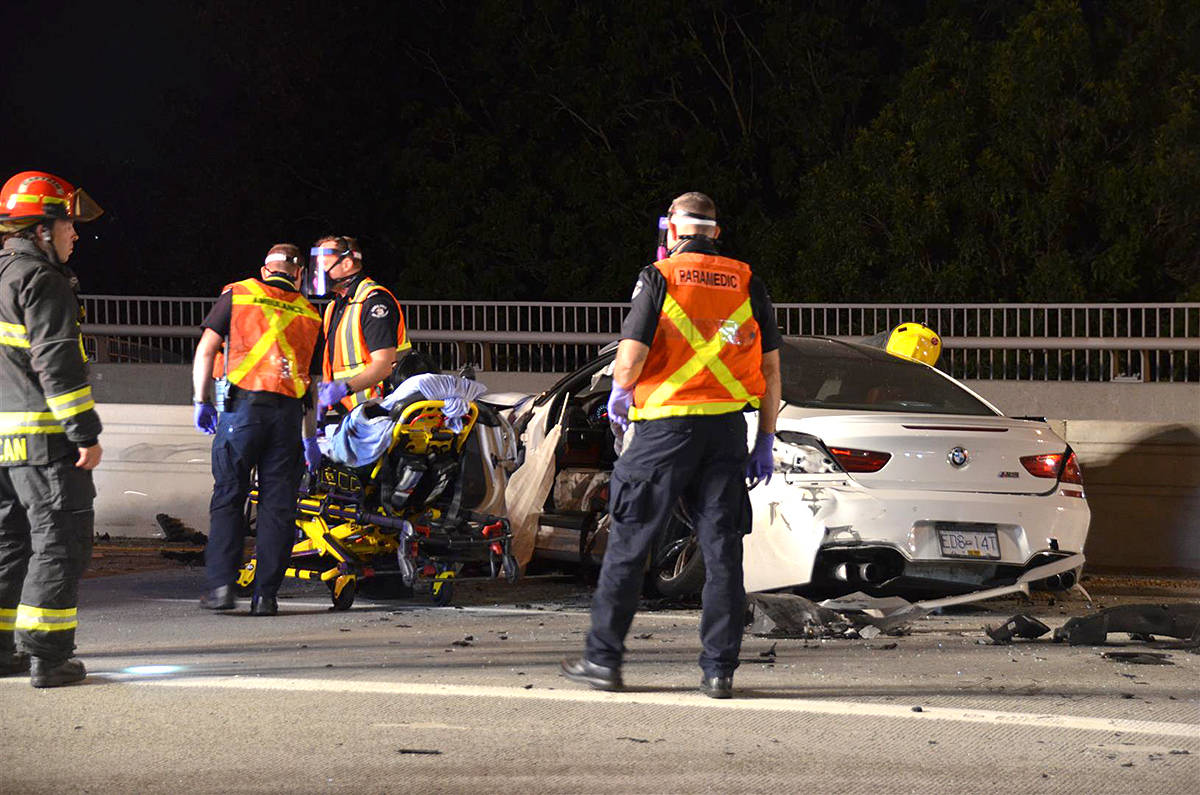 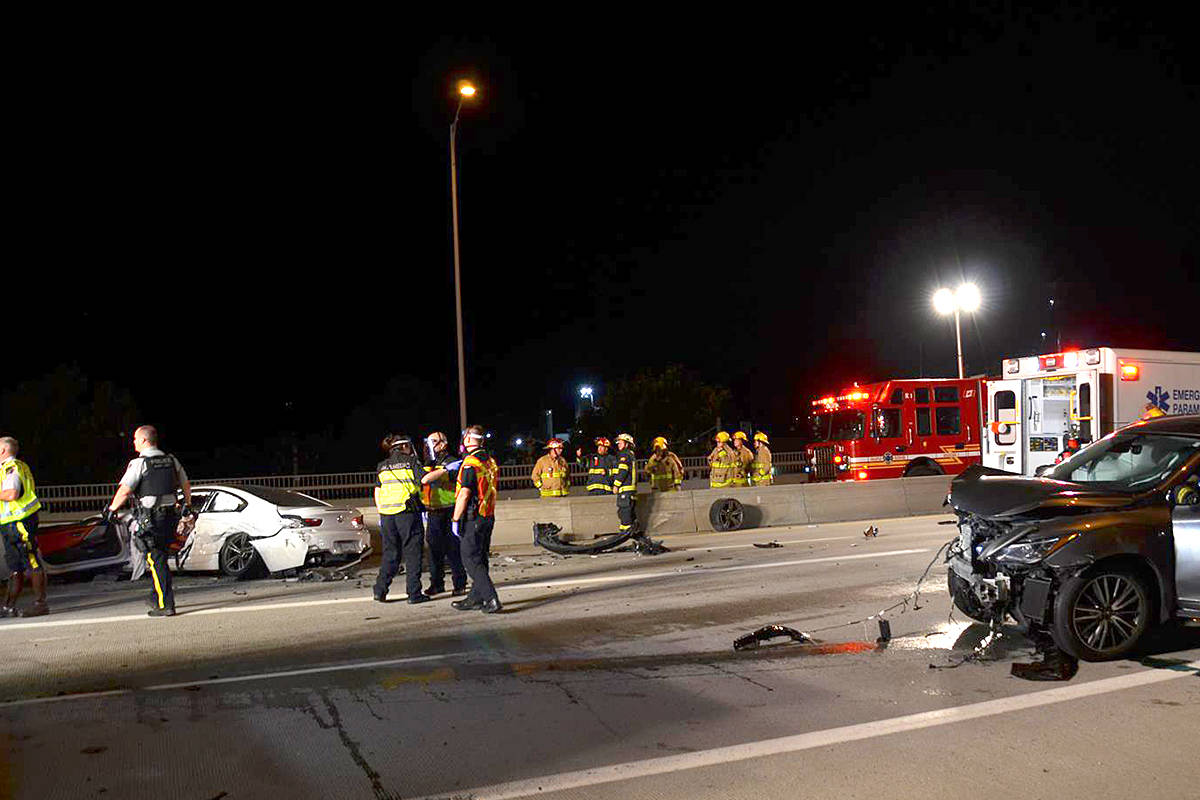 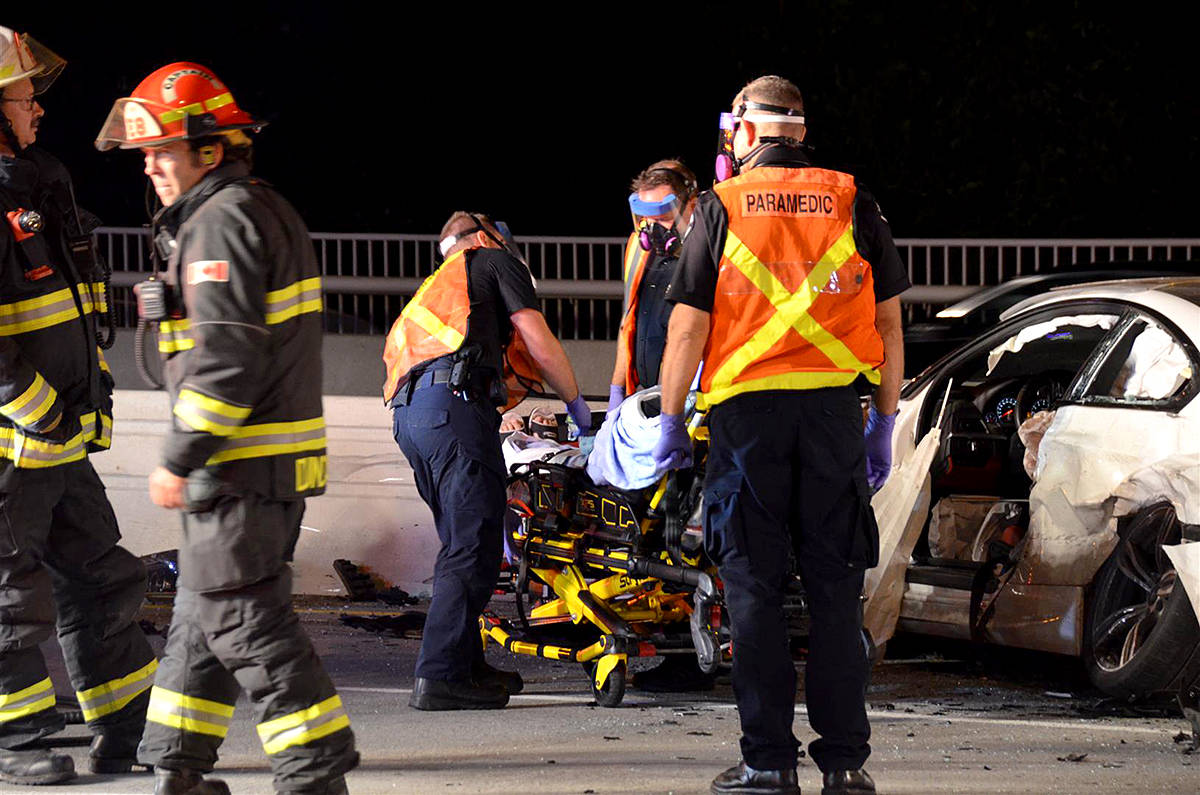 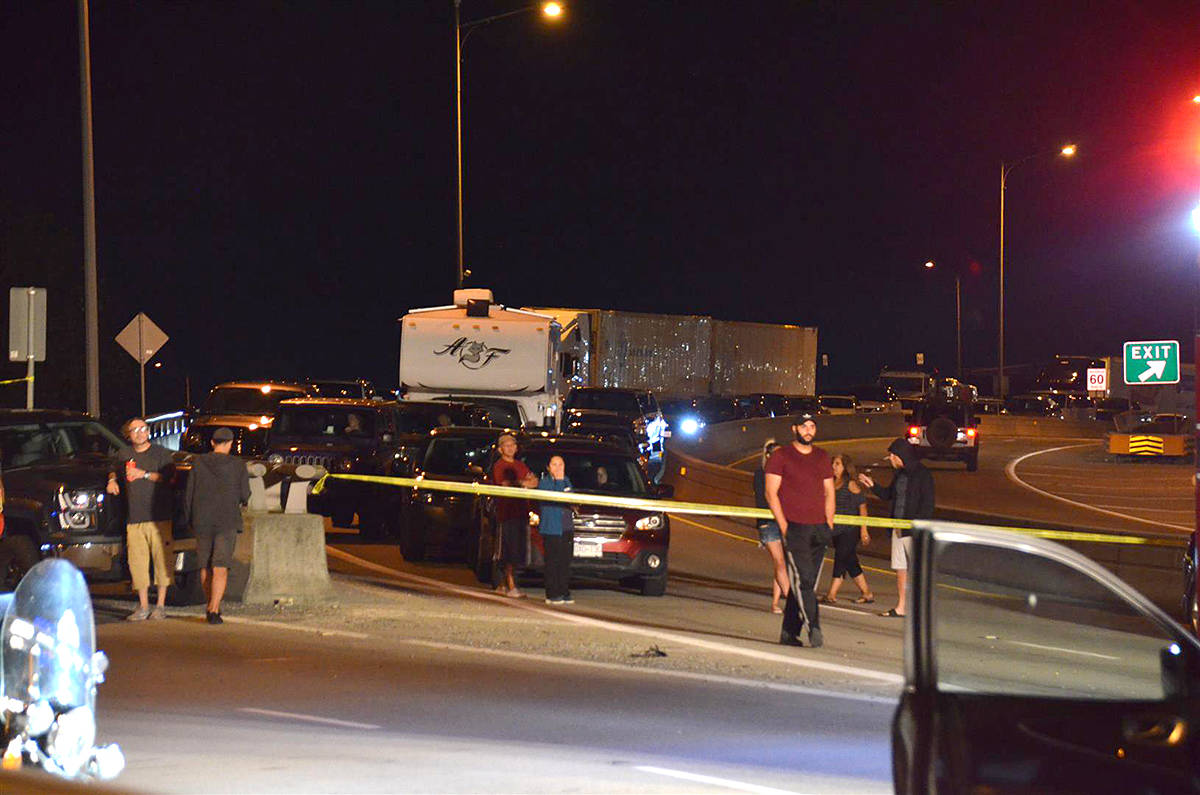 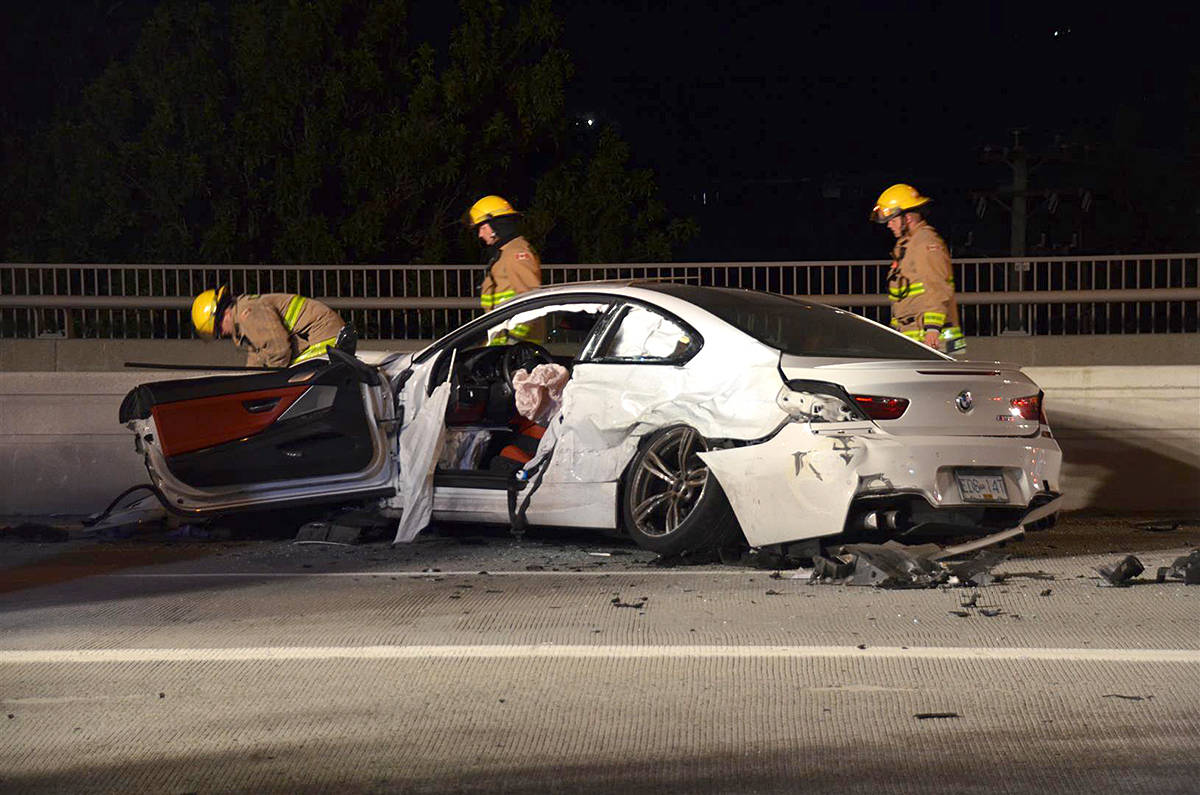 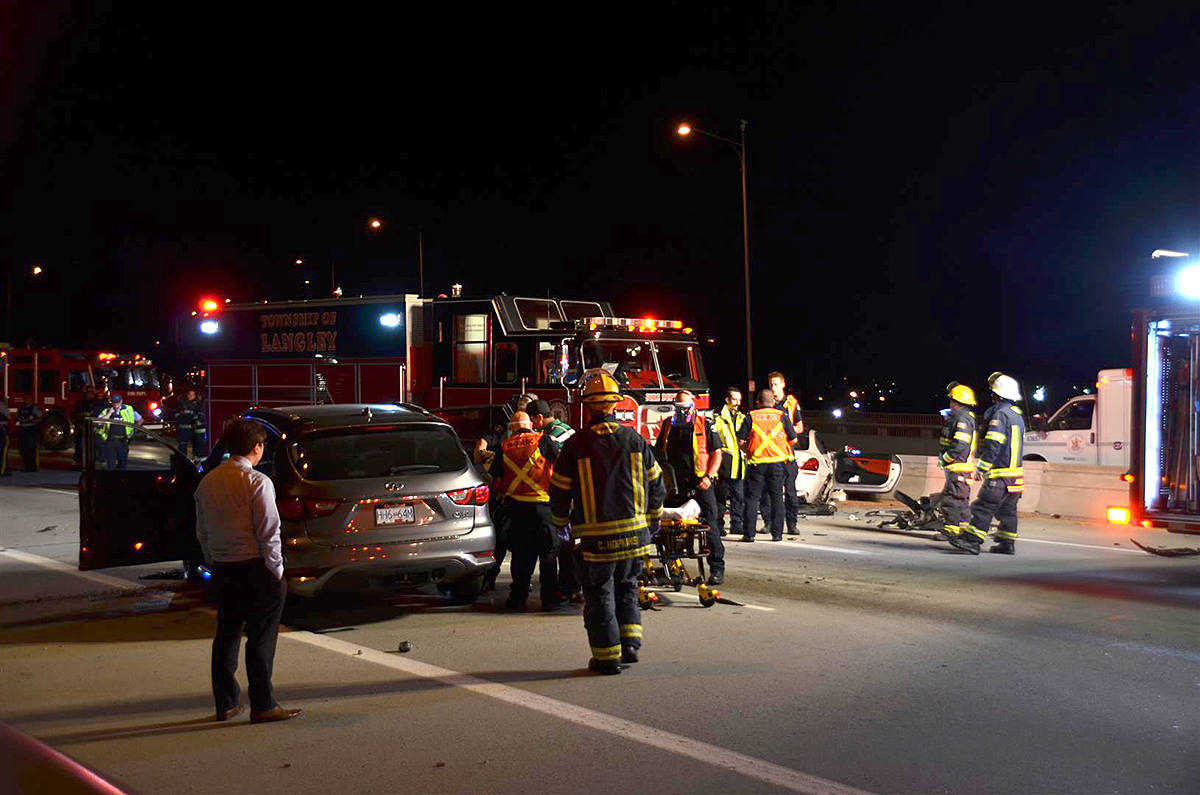 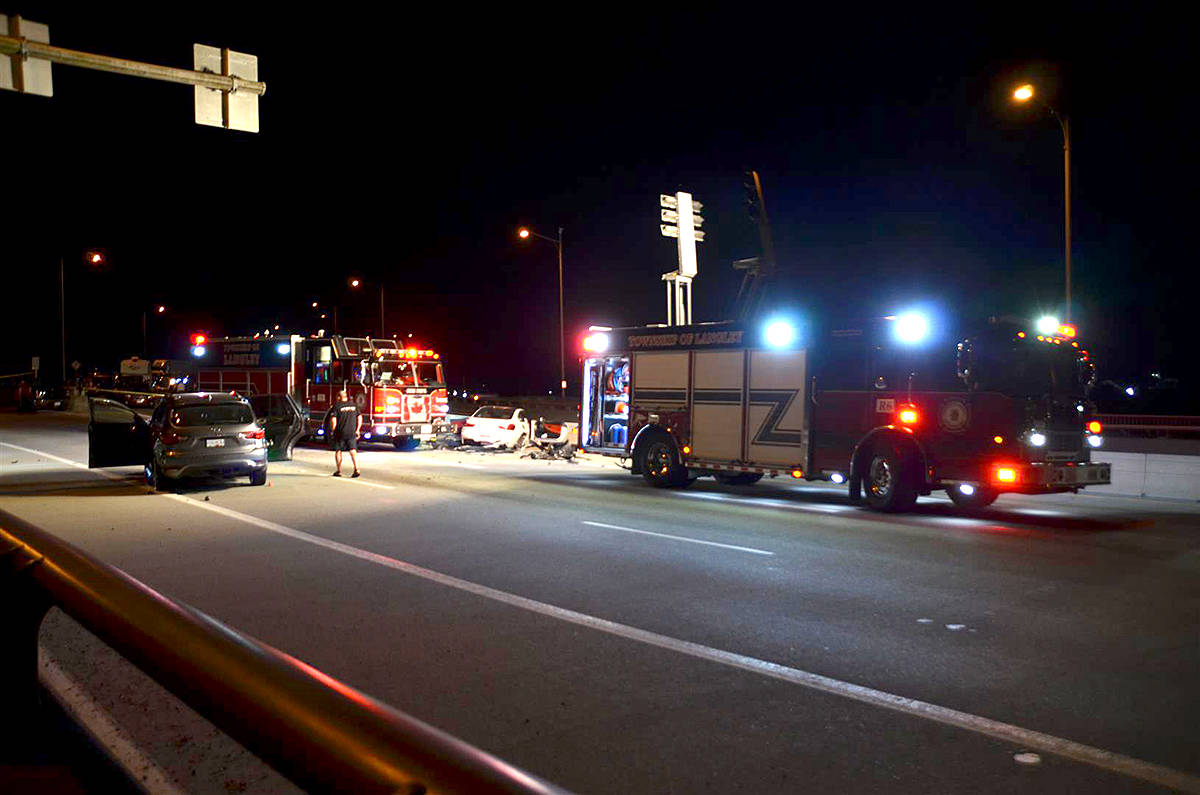 Group, focused on conservation and education, meet on the third Thursday of each month