Twenty animals were seized by the BC SPCA on Sunday (Jan. 19) from a Langley house that operates as a private animal rescue centre.

Workers in hazmat suits removed nine dogs, five birds, three cats, two rabbits and one pig from the house in the 5500 block of 216th Street, where the 1atatime Rescue Society is based.

They were acting on a report that the animals were in distress, an SPCA press release said.

Marcie Moriarty, chief prevention and enforcement officer for the BC SPCA, reported all of the animals removed met the definition of “distress” under the Prevention of Cruelty to Animals Act.

“There were concerns in the complaint about dogs being crated for long periods of time, and with one exception, the dogs were crated without access to water when our officers arrived,” Moriarty commented.

“We are currently completing veterinary assessments with regard to the animals’ medical issues.”

The dogs seized included two Maltese, one Rottweiler, one Labrador retriever, one border collie, one boxer, one collie mix, one poodle and one pitbull.

Six SPCA vehicles, including a large panel truck, arrived at the house Sunday afternoon with an RCMP escort.

It wasn’t the first time the SPCA has raided the house.

Sandra Simans, head of the 1atatime Rescue Society, did not immediately respond to requests for comment by the Langley Advance Times.

READ MORE: Langley woman ordered to pay SPCA over $81,000 for care of her seized animals

Simans sued the SPCA over the seizures, but a court hearing found the action by the SPCA was justified, though it did award Simans $2,500 in damages for defamation. 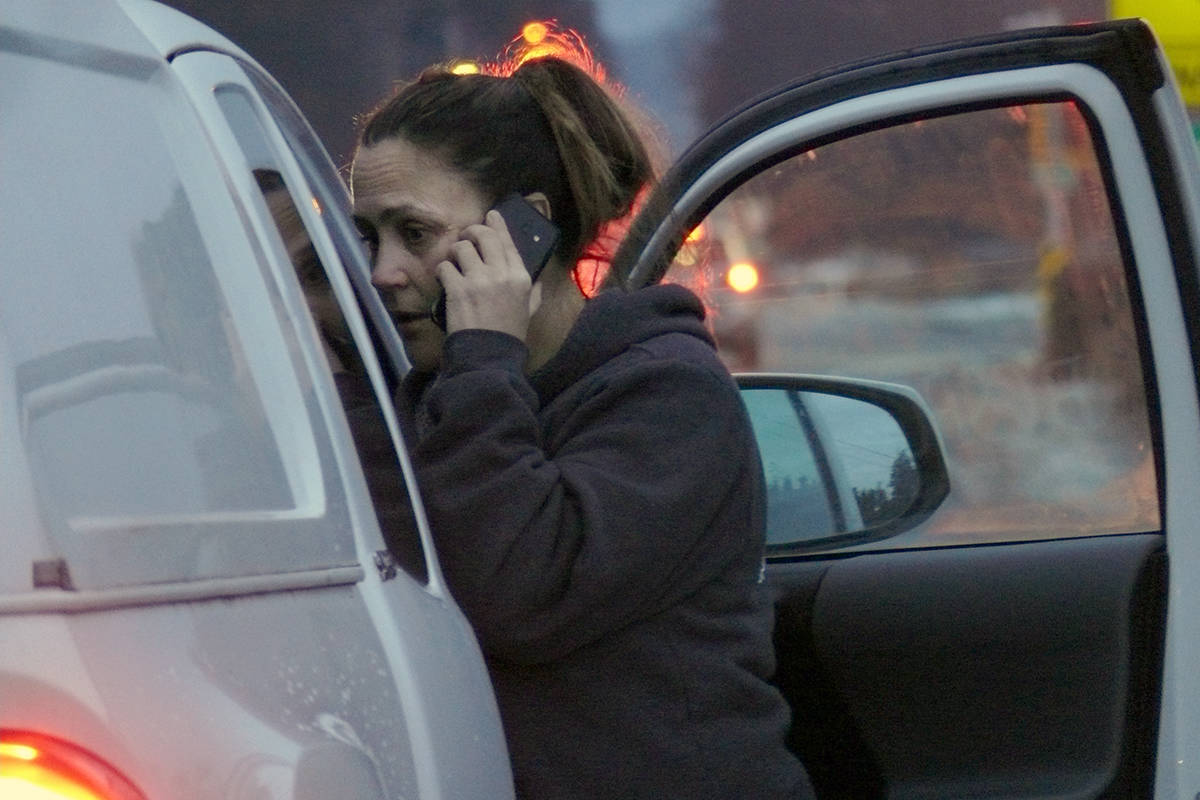 An SPCA employee at the scene of a raid that removed several animals from a Langley house in the 5500 block of 216 Street on Sunday (Jan. 19) around 4 p.m. (Dan Ferguson/Langley Advance Times) 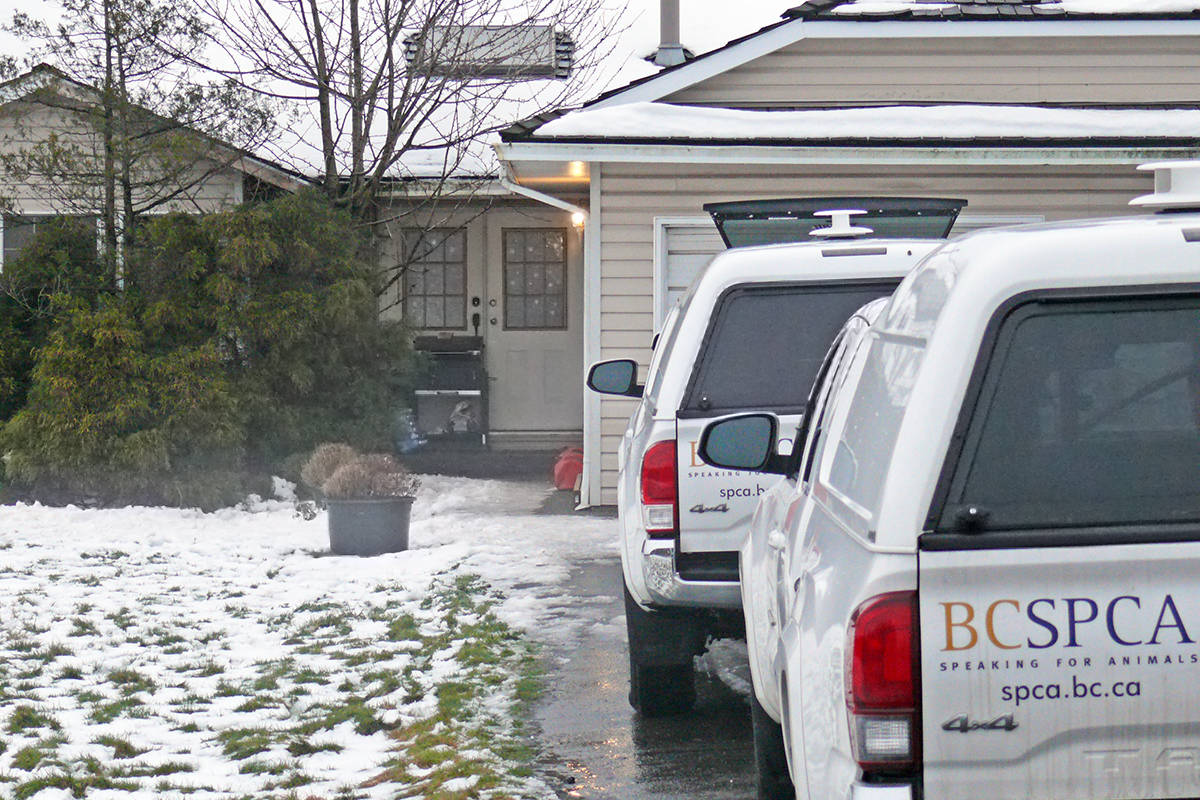 Several SPCA vehicles were seen outside a Langley house in the 5500 block of 216 Street on Sunday (Jan. 19) around 4 p.m. (Dan Ferguson/Langley Advance Times) 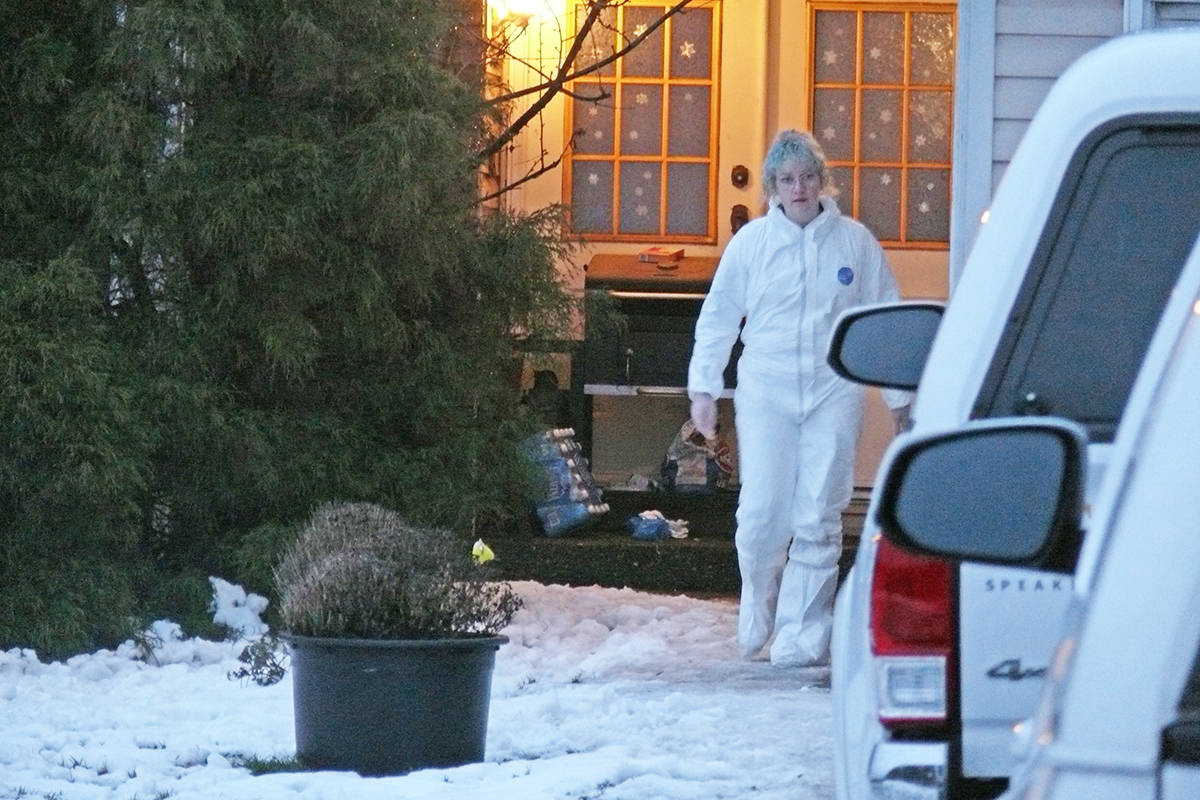 One of the SPCA employees who removed several animals from a Langley house in the 5500 block of 216 Street on Sunday (Jan. 19) around 4 p.m. (Dan Ferguson/Langley Advance Times)