The Township of Langley should demand a compensation package for loss of habitat before the twinning of Kinder Morgan’s Trans Mountain Pipeline reaches local streams, says the Salmon River Enhancement Society.

In a presentation to council on March 5, the society outlined the “the sheer magnitude” of what could happen to the Salmon River, West Creek, Nathan Creek and Yorkson Creek, if the pipeline is not installed to the highest of environmental standards.

“We would like to support and encourage council to keep up the pressure on Kinder Morgan to maintain the quality of life in our community in the face of the Trans Mountain Expansion Project,” said SRES director Annabel Young.

“(We) ask this council to use whatever tools are available to protect high-value streams and riparian areas, and to put in place some mechanism to guarantee Trans Mountain follows through on, not only their promises, but also on the National Energy Board conditions, both during construction and the post-construction.”

The project would see 19.7 km of pipe installed in the Township as part of Kinder Morgan’s $7.4 billion twinning of its existing Trans Mountain Pipeline from Edmonton to Burnaby.

The Township has officially filed statements of opposition to the route.

SRES, which was granted intervenor status during the pipeline hearings, shared with council many of the same environmental concerns they shared with the National Energy Board in 2016.

In particular, they are lobbying for trenchless technology (also called directional drilling) to be used at stream crossings in Langley, rather than the proposed trenching method. This is also recommended by the BC Oil and Gas Commission, and is requested by the Township’s engineering department at high value creeks, such as Nathan and West Creeks, Young said.

Directional drilling involves pushing the pipe under the bed of a stream, whereas trenching cuts a channel across the watercourse. This results in “needless destruction to habitat and especially streams and riparian areas,” Young said.

“The methodology Trans Mountain is proposing to use when constructing their pipeline crossing wetlands and streams is the cheapest, quickest and dirtiest method,” she said.

“Trans Mountain indicates that it will repair the damage, but restoration will take far longer than the short recovery time that Trans Mountain is using as its base period of five years.”

SRES is recommending that Langley use a third party to monitor post-construction for at least 10 years, and that it be paid for by Trans Mountain.

Young would also like to see the Township negotiate a “fair and reasonable” environmental offset program that would contribute to projects in Langley as compensation for ecosystems damaged by pipeline construction.

And to hold the company accountable for their work, Young suggests the Township set up mechanisms like a bond.

“We have two problems here,” Young said. “One, actually judging whether promises are fulfilled and two, if the performance is deficient … what do you do? Do you have a bond placed in advance or do you sue them ex post facto, retroactively? How is the Township going to deal with this?

“This issue is similar in a way with DCCs (development cost charges) and developers in regards to making sure the job is done right.”

According to Trans Mountain’s website, extensive work has been done to determine environmental impacts and mitigation measures for the expansion project.

“Our goal is to protect the environment, have as little impact as possible and, where we do have an impact, ensure we return the land to a similar function,” the website reads.

“Ultimately, we can’t put the land back exactly the way it was. However, where we disrupt farm land, we will ensure it is returned to farm land, or where we disrupt wetland habitats, we will ensure these are returned to their pre-construction function. We also look for opportunities to leave a legacy for the communities around the pipeline and facilities. This legacy could include walking trails, cross-country ski trails or other enhancements so locals can enjoy the resulting right-of-way.”

Trans Mountain’s environmental team has been conducting field studies since 2012, and has developed more than 35 environmental plans to fulfill National Energy Board conditions. 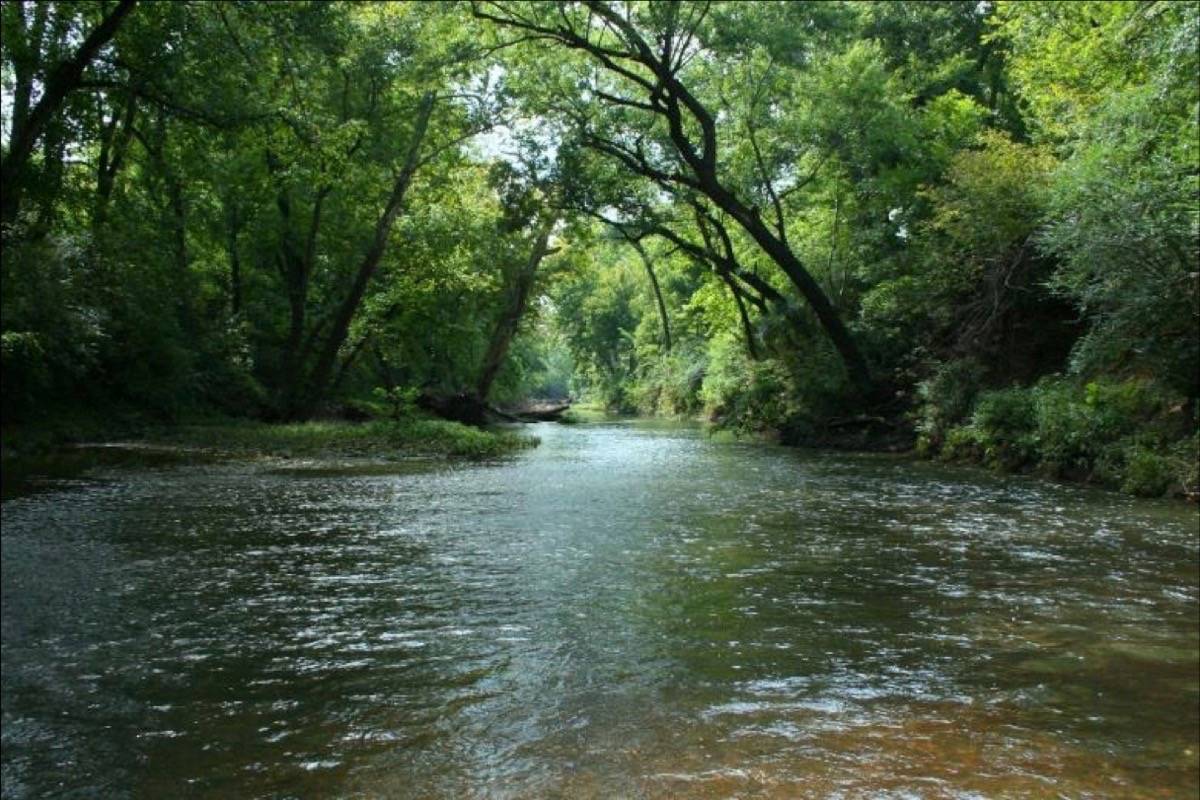 In her presentation to council, Annabel Young of the Salmon River Enhancement Society used this photo as an example of a relatively healthy riparian area. She is concerned that construction of the Trans Mountain Pipeline Expansion will damage the riparian areas around Langley streams. Photo courtesy Annabel Young