A steady flow of voters cast advance ballots at Betty Gilbert Middle School in Aldergrove on Saturday, Sept. 11, after the polling station had to be relocated at the last minute.

Elections Canada workers were guiding voters from the original location at Aldergrove Community Secondary School (ACSS) on 29th Avenue to the new turnoff at 27th Avenue. 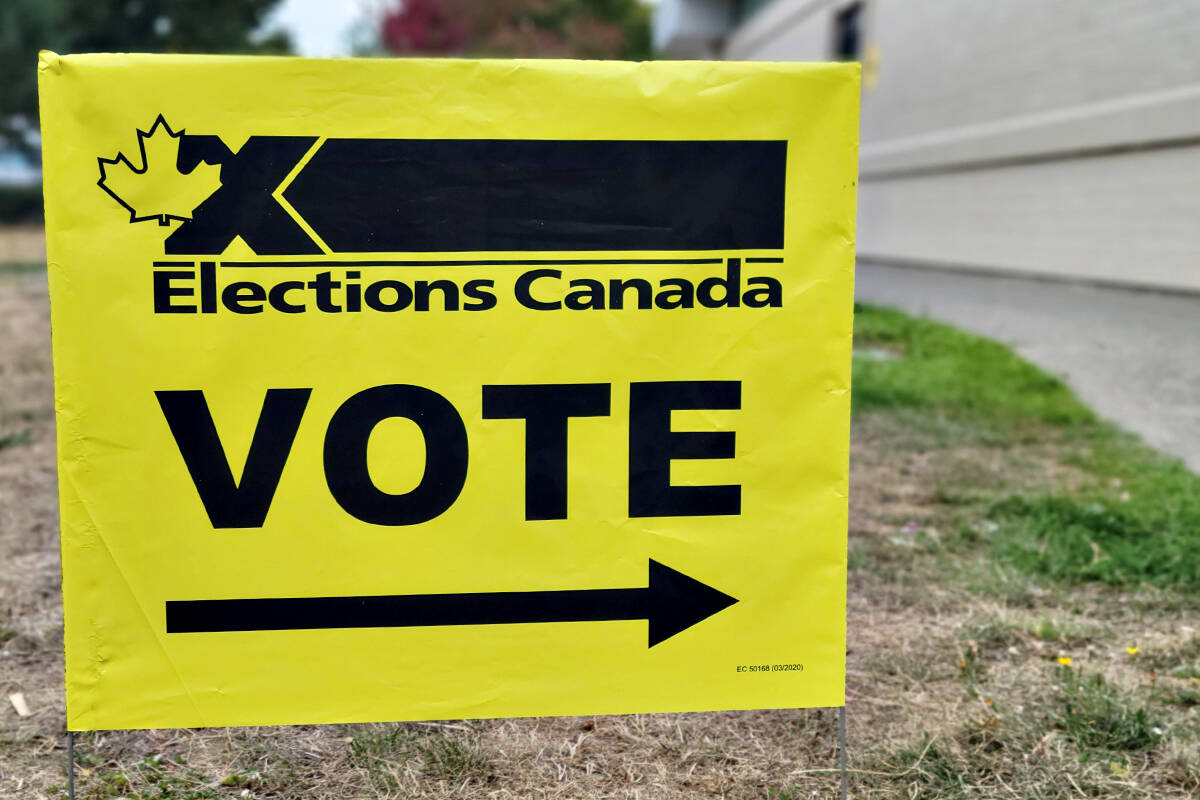 Mohinder Nagra said as an Aldergrove resident familiar with his community, he had no trouble locating the new polling station, located in Aldergrove Athletic Park near ACSS.

“It was a short trip,” Nagra remarked.

A change of location was ordered because ACSS was being used as a staging area for the Good Times Cruise-In car show and charitable fundraiser.

Organizers were using the school parking lot to handle registered and unregistered vehicles and also allow car clubs room to organize, so they were able to move out take up positions along Fraser Hwy. together.

“Voters would have had no place to park,” said Langley-Aldergrove riding returning officer Cathy Li.

Advanced voting began the morning of Friday, Sept 10 and continues through to Monday, Sept. 13, from 9 a.m. to 9 p.m. on all four days.

Leaders in Ontario and B.C. as campaign enters final week