Environment Canada had issued a wind warning for the Lower Mainland.

Wind gusts were knocking down branches and whole trees by morning, with power out across large sections of Willoughby, Langley City, Brookswood, and Aldergrove.

City and Township work crews and local firefighters were out sawing up trees and removing branches across roads, while blocking some routes due to live power lines.

In the Township, residents were advised to stay out of parks and off trails for their safety until the storm passed.

In Langley City, a tree cracked and fell onto power lines in front of the Baselines Pub building along Fraser Highway and 203rd St.

Crews were on scene cleaning it up around 11 a.m.

The City issued a notice earlier this morning that Timms Community Centre and Douglas Recreation Centre were closed due to power outages, but power has since returned and the centres are open.

According to the City’s manager of engineering operations, Kyle Simpson, the storm is nothing out of the ordinary.

“We’ve had quite a few calls for trees down, we’ve had some power outages. It’s not extreme, it’s the normal routine things we deal with during wind storms. The power seems to be coming back on in most locations.”

“Hectic,” Buckner said the situation for Township staff. “Brookswood seems to be getting hit the hardest.”

About 40 parks and road works crews were busy cleaning up.

Residents were advised to call 604-532-7200 to report fallen tree branches blocking roads or causing public safety concerns, and to stay back at least 10 metres (33 feet) from any fallen power lines.

R.C. Garnett Elementary in Willoughby sent out a message saying soffits were pulling off part of the building, and advising people to only go in and out through the front door for the time being. 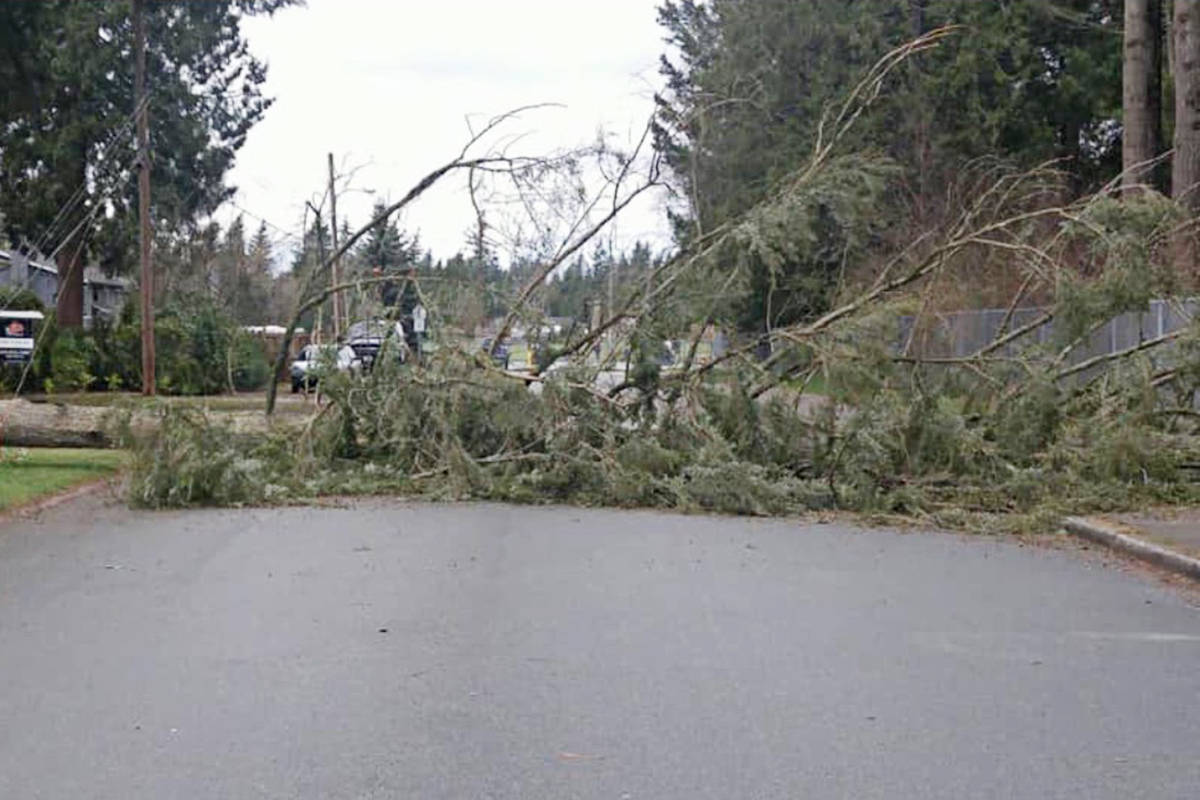 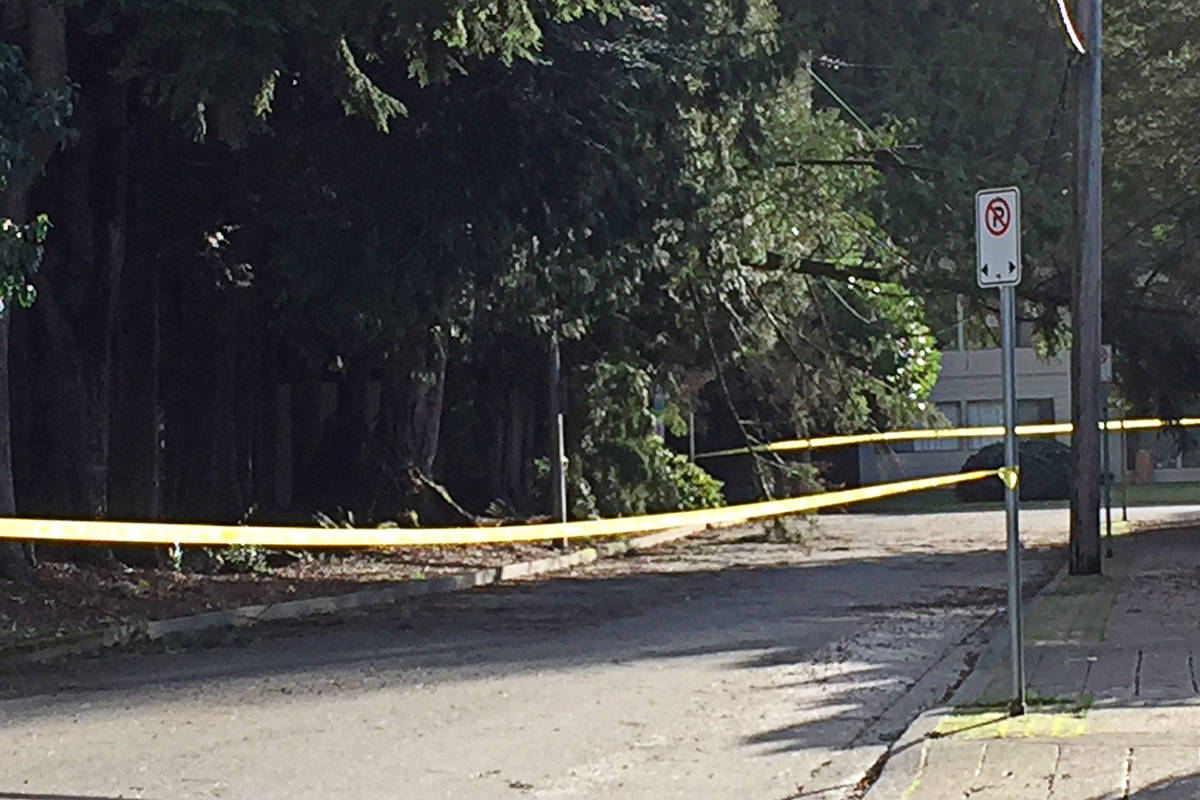 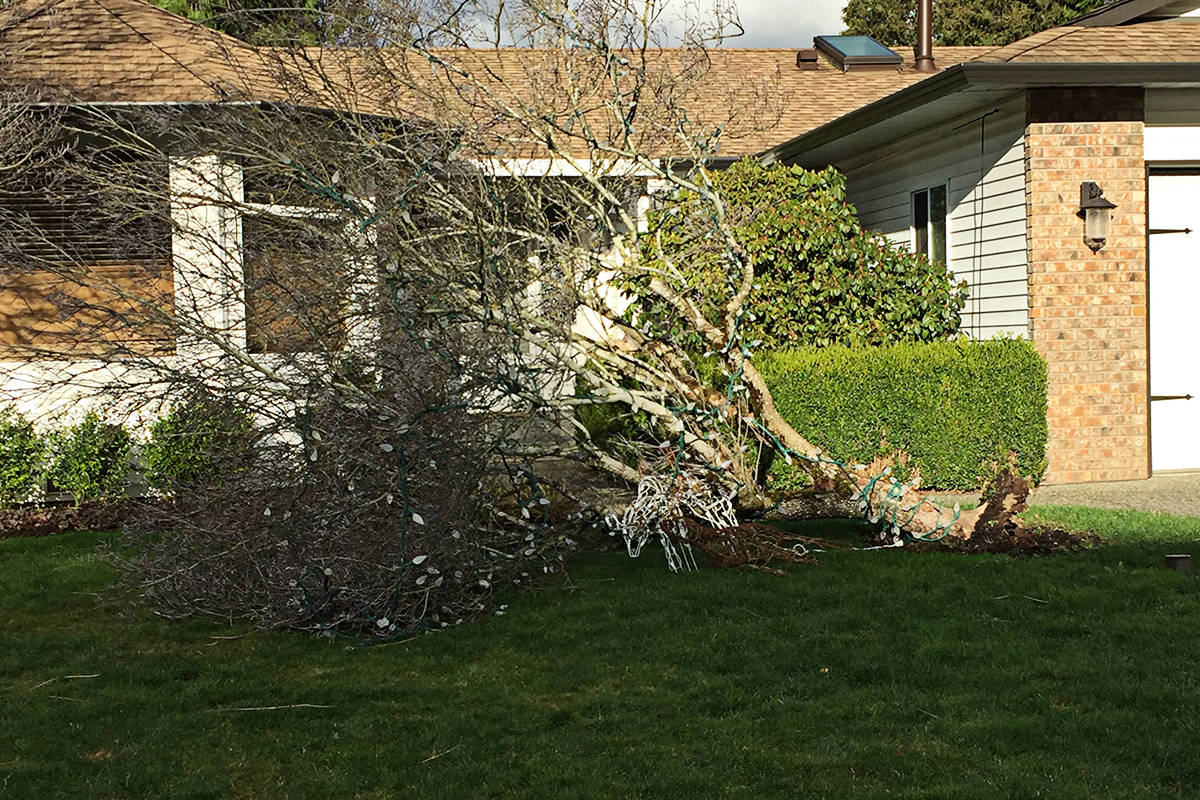 Four Surrey schools are so full, in-catchment students are on waitlists