By late Saturday morning, the community of Sooke — about 40 kilometres west of Victoria — banded together with scores of residents mobilizing a search for the men.

On Sunday morning, the truck was found wedged in the trees and underbrush on the banks of the Sooke River, about a kilometre downstream from the Sooke Potholes lower parking lot.

Later on Sunday, the bodies of two of the young men were recovered downstream of the truck, but the third man was still missing at the time of this posting.

Police have not released the names of the dead men, and the search continues for the third, with the help of Juan de Fuca Search and Rescue and others.

Sooke RCMP and the B.C. Coroner’s are still attempting to piece together what happened on Friday night that led to the men’s deaths, but a picture is beginning to emerge.

It started with torrential rains in the region and when combined with high tides, raised the water level in the Sooke River to near unprecedented levels.

Standing in the first parking lot at the Sooke Potholes, longtime resident Maureen McKenzie believes she knows what happened.

“The water here was about 20 feet higher than it is right now. When that happens, people come down here (to the Sooke Potholes) to see the water. If they came down here late Friday, when the water was high, in the dark they may not have even realized what they were getting into. People do it all the time. I’ve done it,” McKenzie said.

“It’s tragic. Those poor boys. They graduated with my son, and it could just as easily been my son and some of his friends.”

Richard Thut, another resident pointed to the debris scattered across the parking lot and up the slope at the side of the road.

“This parking lot would have essentially become part of the river. Get into it, and you’d be in real trouble.”

Her team was in kayaks on the Sooke River on Monday morning, helping to search for the missing man.

“People don’t realize the incredible power that flowing water has. Water that’s below your knees can still knock you off your feet. And if you’re in fast moving water it can pin you up against logs or rocks and there’s nothing you can do,” Nichols said.

“I think this is a case of the three young men, out for an adventure. It’s so sad.”

Still hopeful, she said her team will search the entire stretch of river in the hope that there may still be a chance to find the third young man alive.

“I’ve been doing this for 12 years and miracles can happen,” Nichols said.

Another group, the RCMP Underwater Recovery Team, arrived from Nanaimo to help in the search.

Sooke RCMP Staff Sgt. Brett Sinden said it doesn’t appear there were any suspicious circumstances involved in the case, nor any indications of impairment due to drugs or alcohol.

“This is such a terrible situation, particularly in a small town like Sooke, but it tells you something about Sooke that so many people came out on Saturday to help with the search,” Sinden said.

He stressed the high level and fast moving water in the Sooke River does represent a hazard, and he urged residents to exercise extreme caution when venturing near the water. 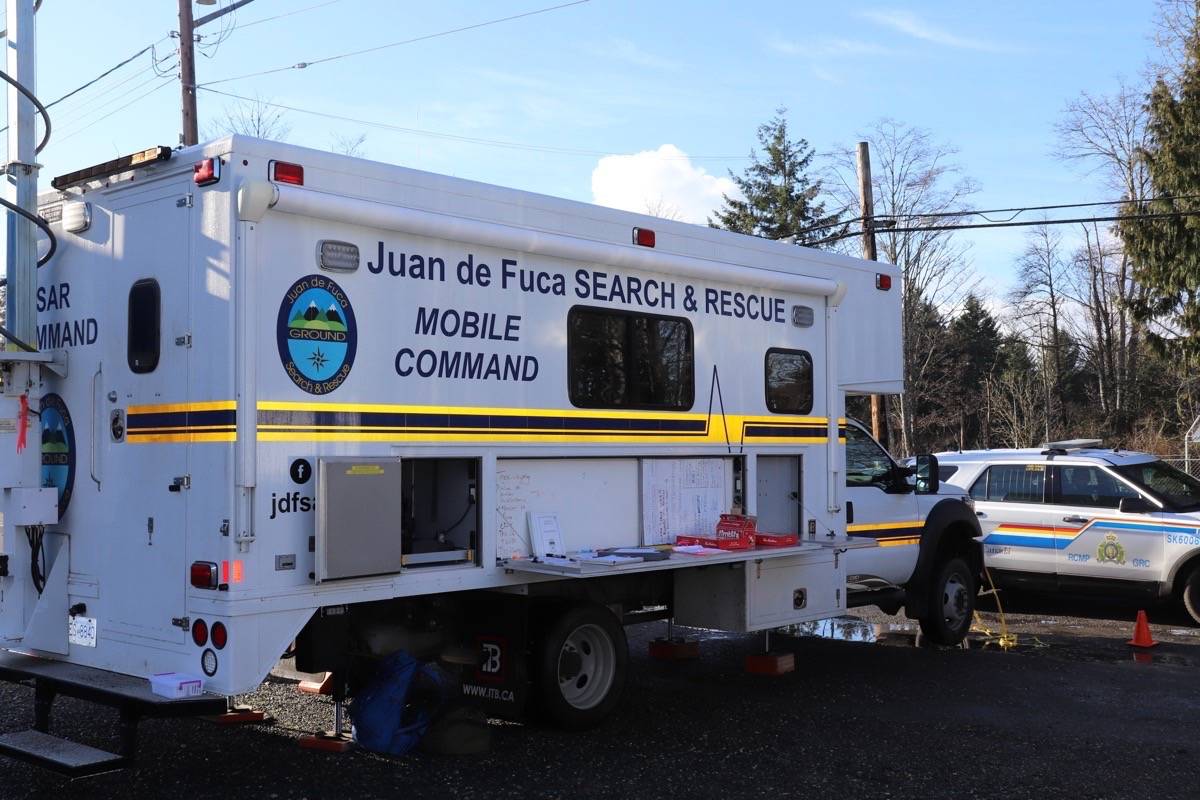 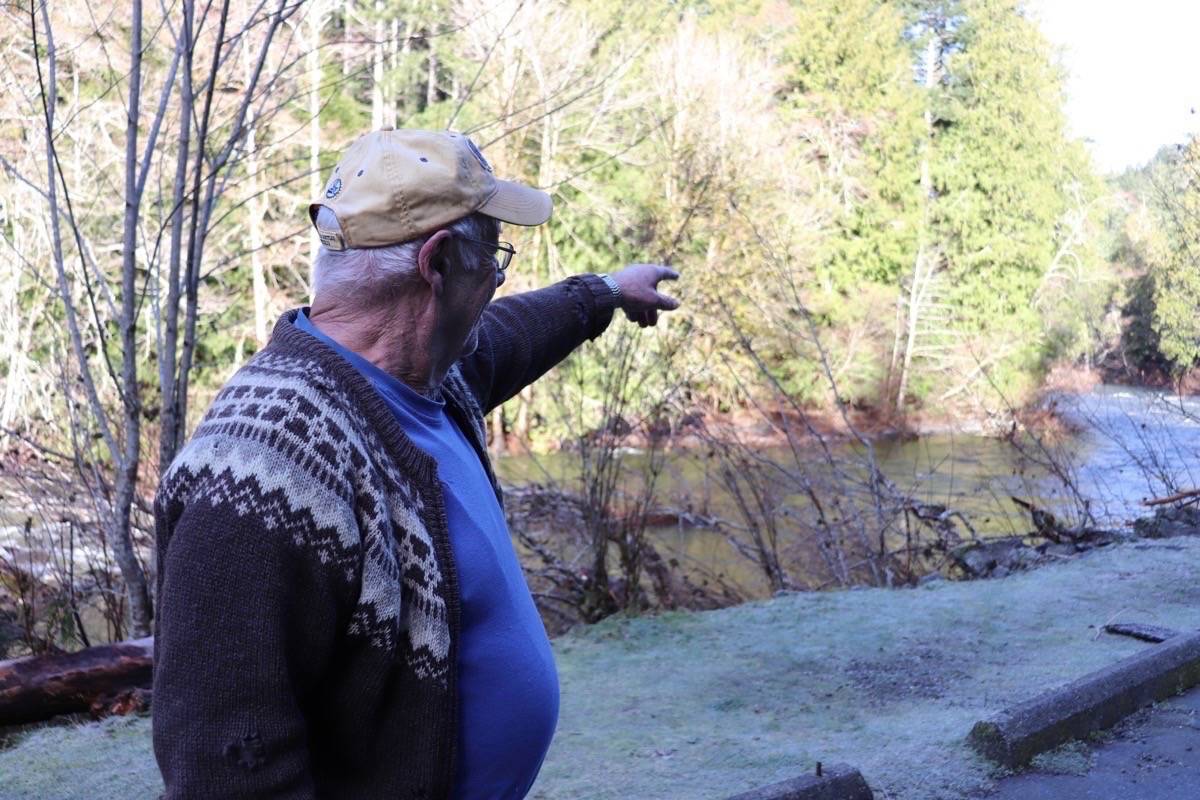 Richard Thut says that the Sooke River had risen to unprecedented levels during the past weekend. (Tim Collins - Sooke News Mirror)