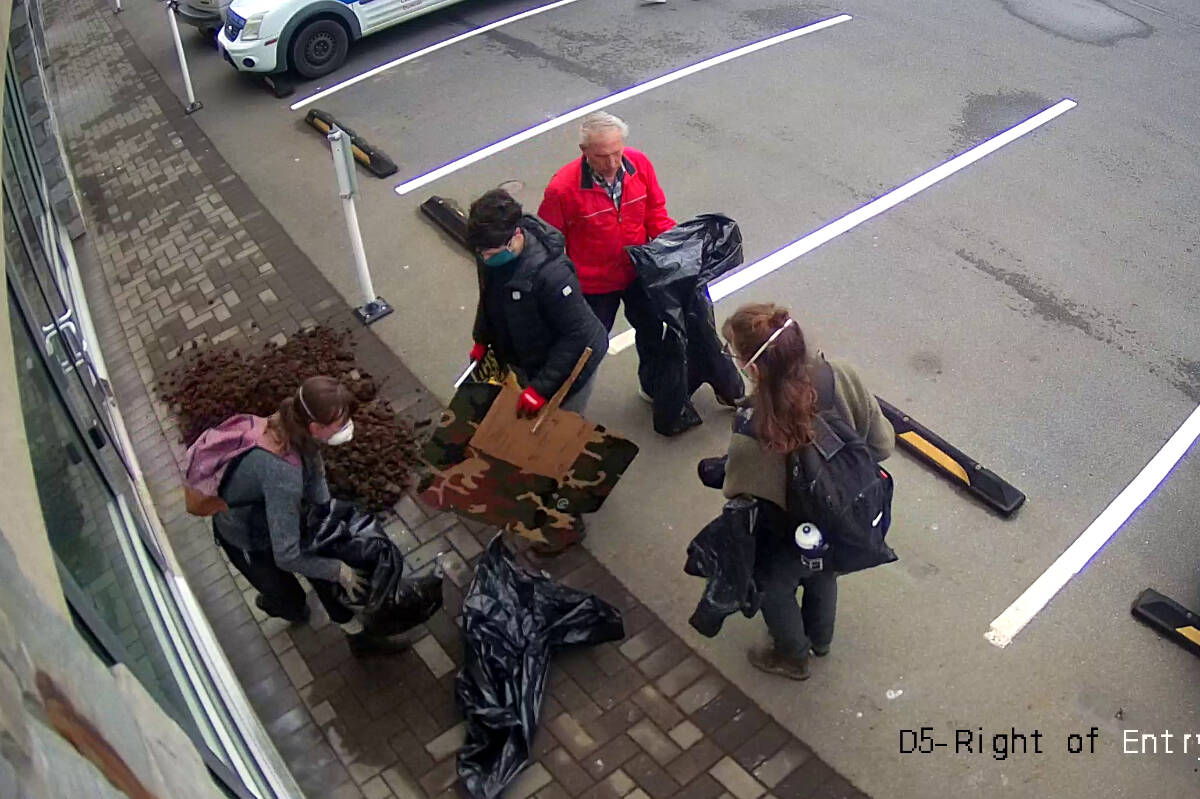 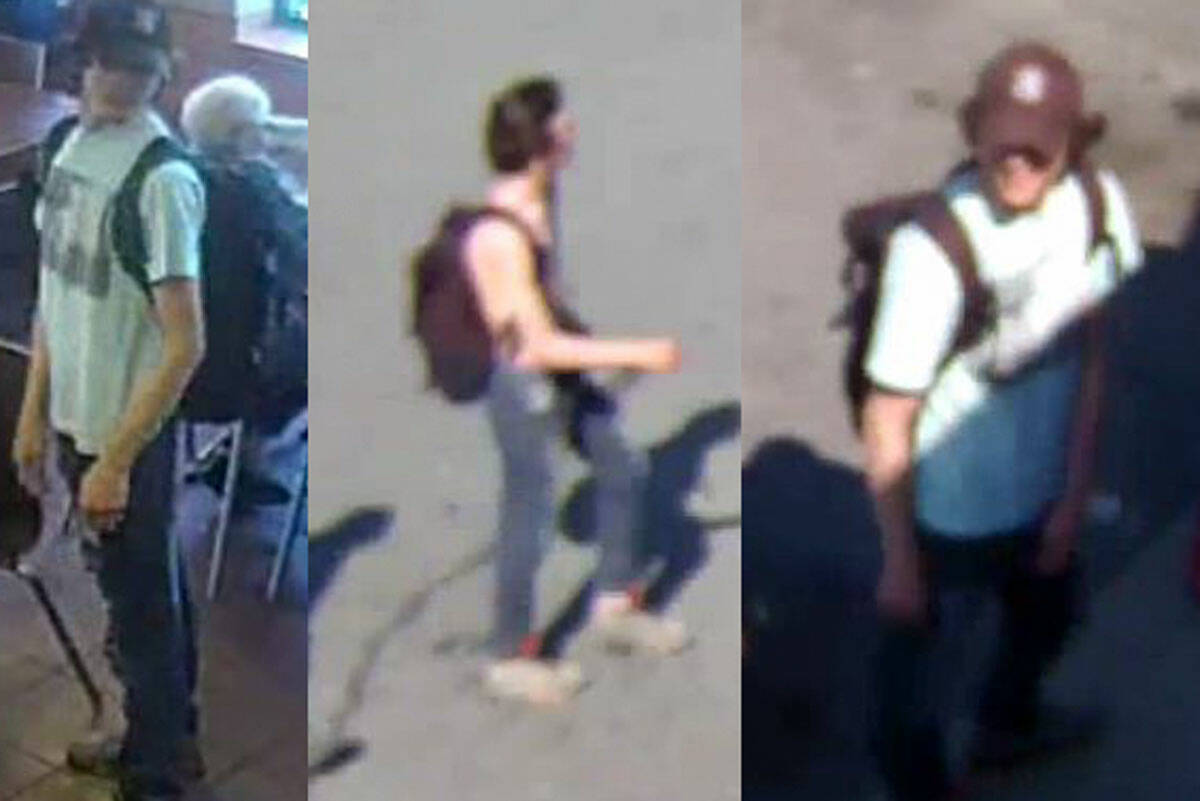 West Shore RCMP released photos of the third suspect in a case where a youth was beaten with a baton and robbed in Langford. (Photos courtesy of West Shore RCMP)

One of the suspects who dumped manure on the front steps of Premier John Horgan’s local Langford office last week has since turned himself into police.

On Wednesday (May 25), five bags of stinky animal droppings were left by members of the activist group Save Old Growth – who claimed responsibility for the move as a way to protest the continued logging of old-growth forests.

On Monday, Richard Demontigny arrived at Horgan’s MLA office to turn himself in, where the group anticipated he would have been arrested.

“I expected to be arrested last week when we did it but there was no police around,” Demontigny told the Goldstream Gazette.

However, no one was at the office, so he went on to the West Shore RCMP detachment.

West Shore RCMP confirmed that a man had turned himself in to police, and is expected to appear in court on Aug. 18. Police plan to suggest a charge of mischief to Crown counsel.