Langley RCMP say a thief used the cover of parent-teacher night at Langley Secondary to make off with a laptop and coffee machine in October.

The man allegedly entered LSS on the evening of Oct. 21 while parent teacher interviews were underway.

He made off with a Dell Latitude 3180 laptop, a disk reader, and a Keurig coffee machine, said Cpl. Holly Largy, spokesperson for the Langley RCMP.

The suspect is described as Caucasian, with brown hair, a brown beard, a medium build, and standing about 5’10” and weighting 180 pounds. He was 30 to 40 years old and was wearing a blue ball cap, a blue T-shirt, jeans, a black coat, and white running shoes.

Local Mounties are also looking for help with a couple of other investigations.

A man allegedly stole various items from a North Langley 7-Eleven and then returned them to the store for cash.

He was seen leaving in a newer white Nissan Altima.

RCMP are also looking for a stolen Suzuki dirt bike, taken sometime between the end of October and the beginning of November from a Willoughby home.

If anyone recognizes the suspects in the surveillance images or has seen the missing dirt bike, they are asked to call the Langley RCMP at 604-532-3200, or to give CrimeStoppers an anonymous tip, call 1-877-222-8477 (TIPS) or visit www.solvecrime.ca. 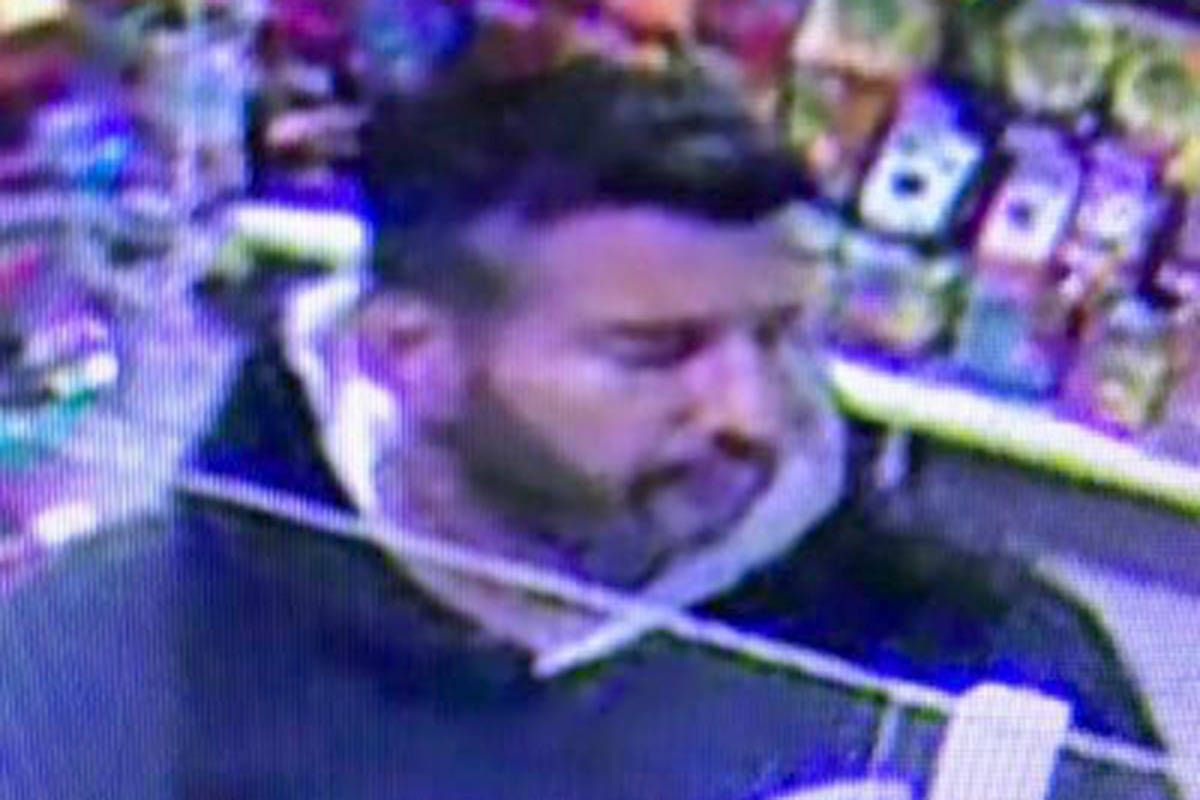 Langley RCMP are looking for a suspect who allegedly stole items from a 7-Eleven and then returned them for cash. (Langley RCMP/Special to the Langley Advance Times) 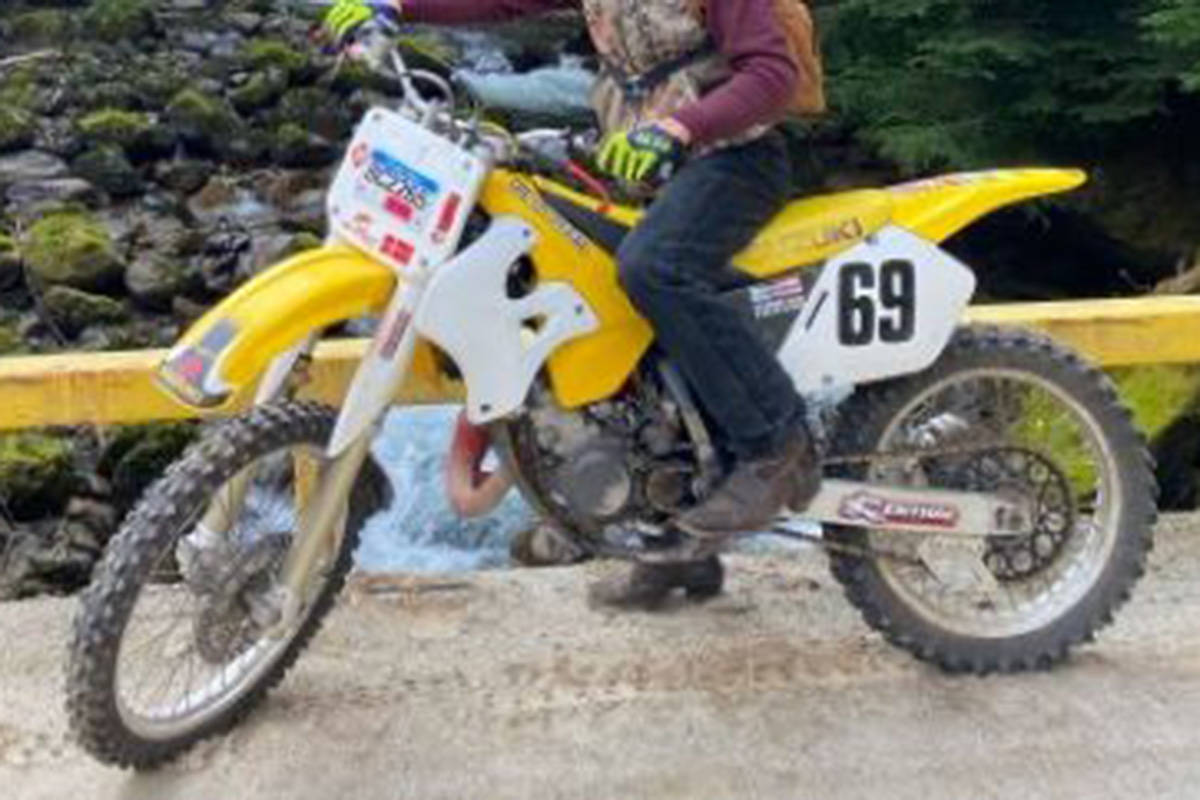 Police are looking for this stolen dirtbike. (Langley RCMP/Special to the Langley Advance Times)