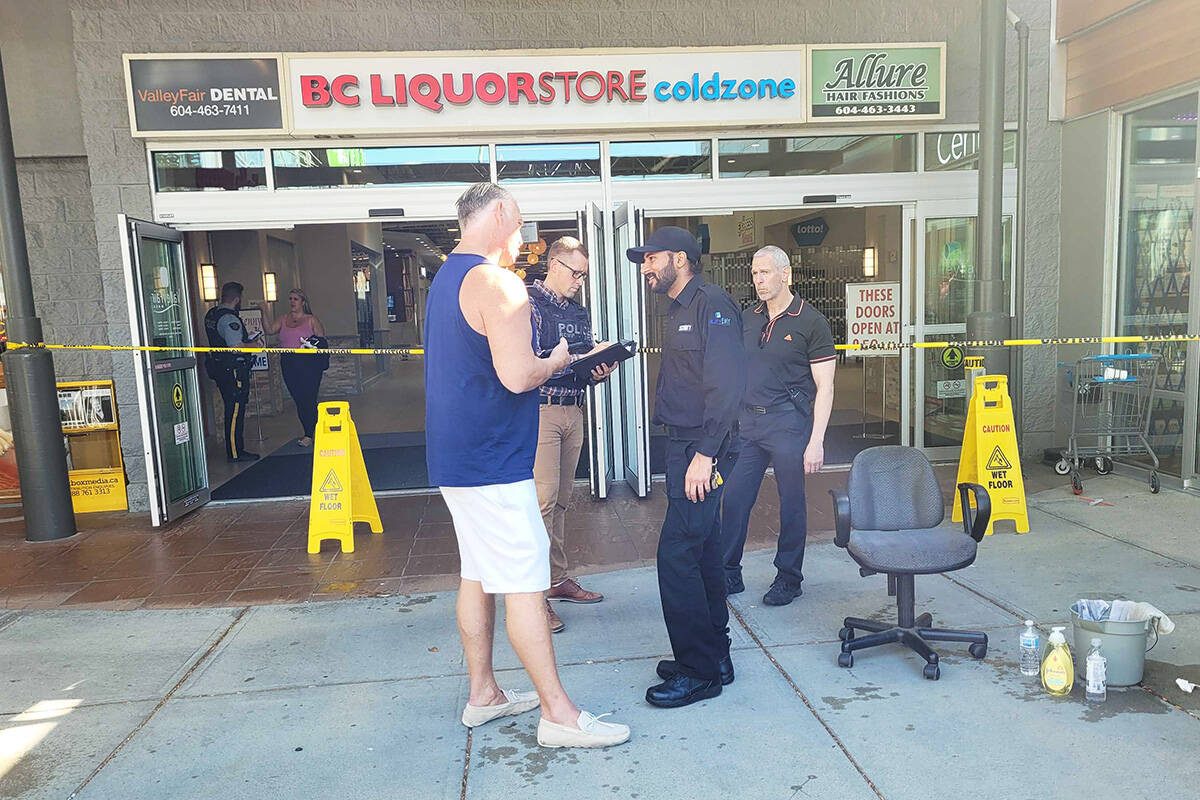 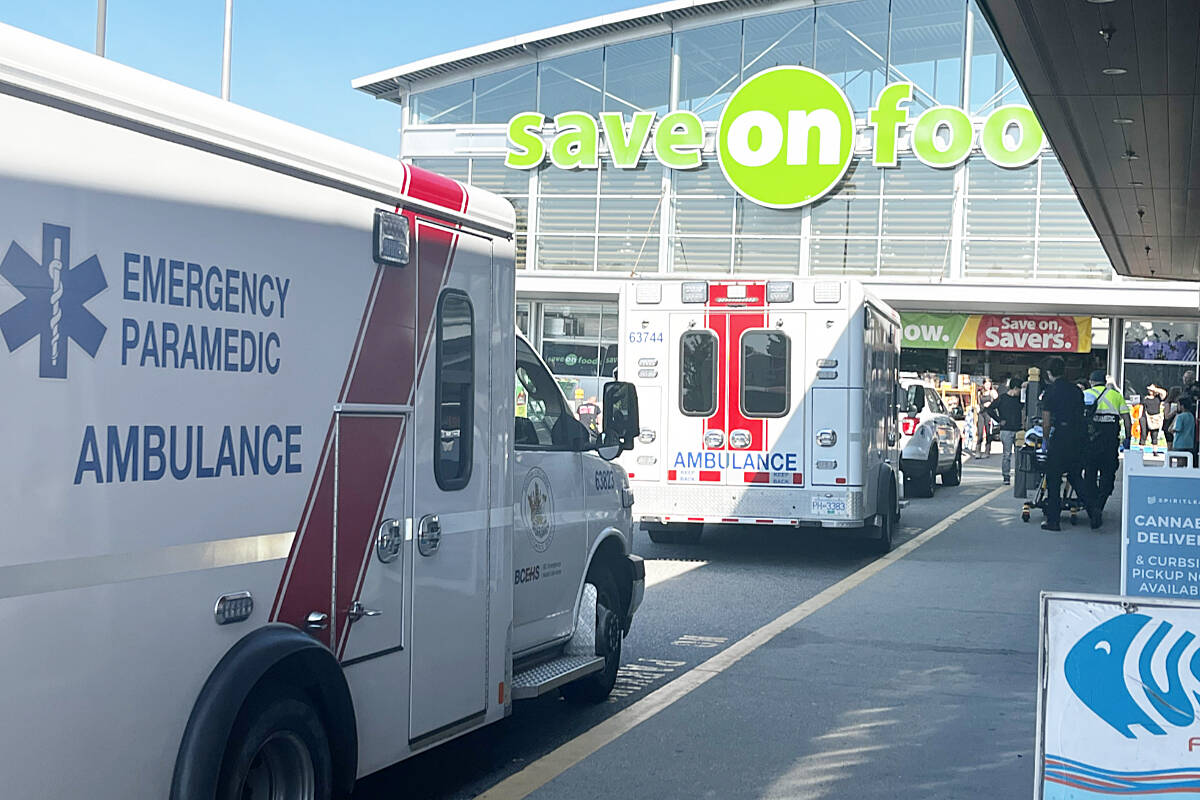 First responders were called to ValleyFair Mall at about 12:30 p.m for a report of a robbery.(Lisa Farquharson/The News) 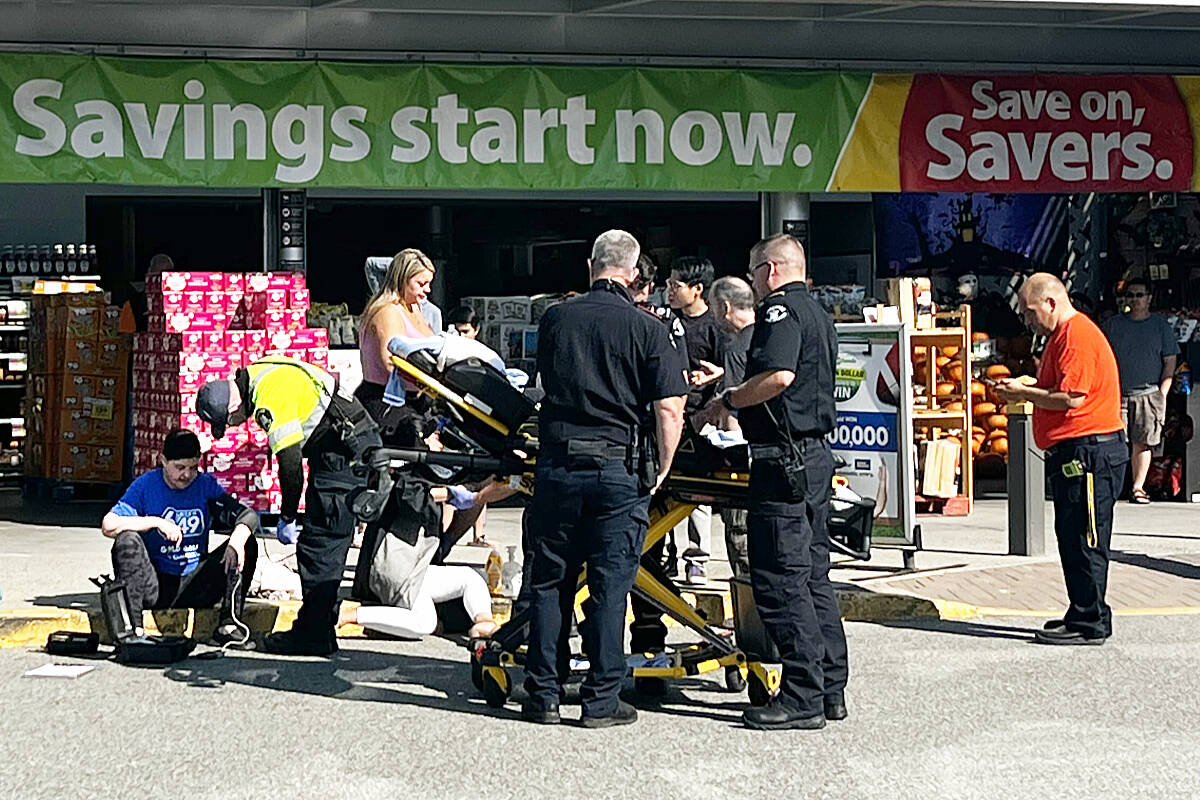 Victims are treated outside ValleyFair Mall after a foiled robbery of a jewelry store. (Lisa Farquharson/The News) 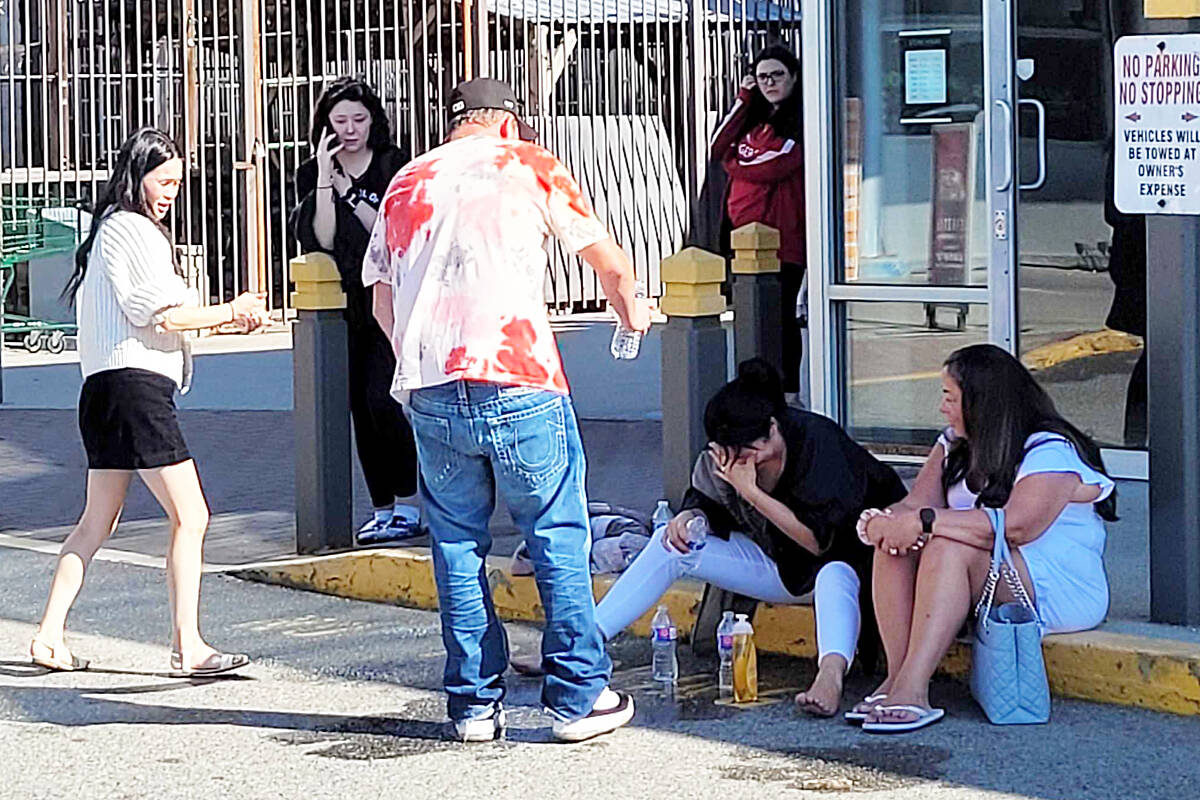 Victims are treated outside ValleyFair Mall after a foiled robbery of a jewelry store. (Neil Corbett/The News) 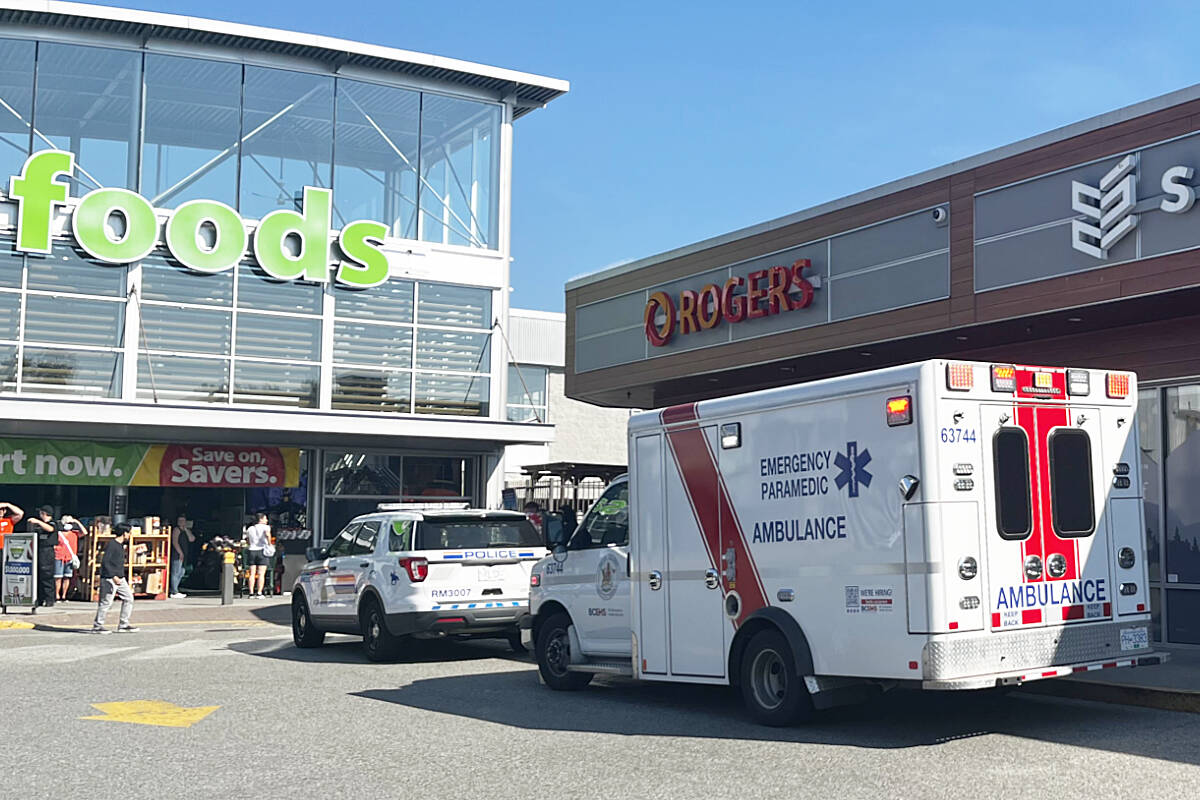 First responders were called to ValleyFair Mall at about 12:30 p.m for a report of a robbery. (Lisa Farquharson/The News) 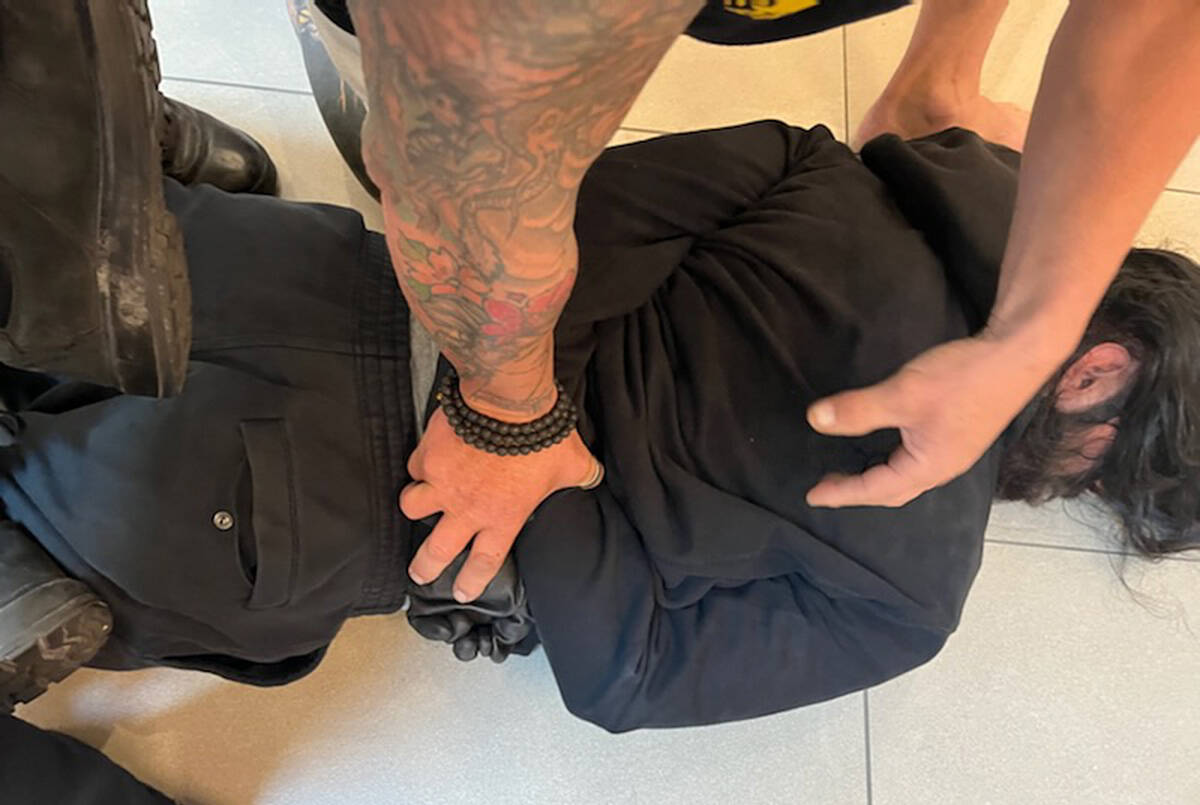 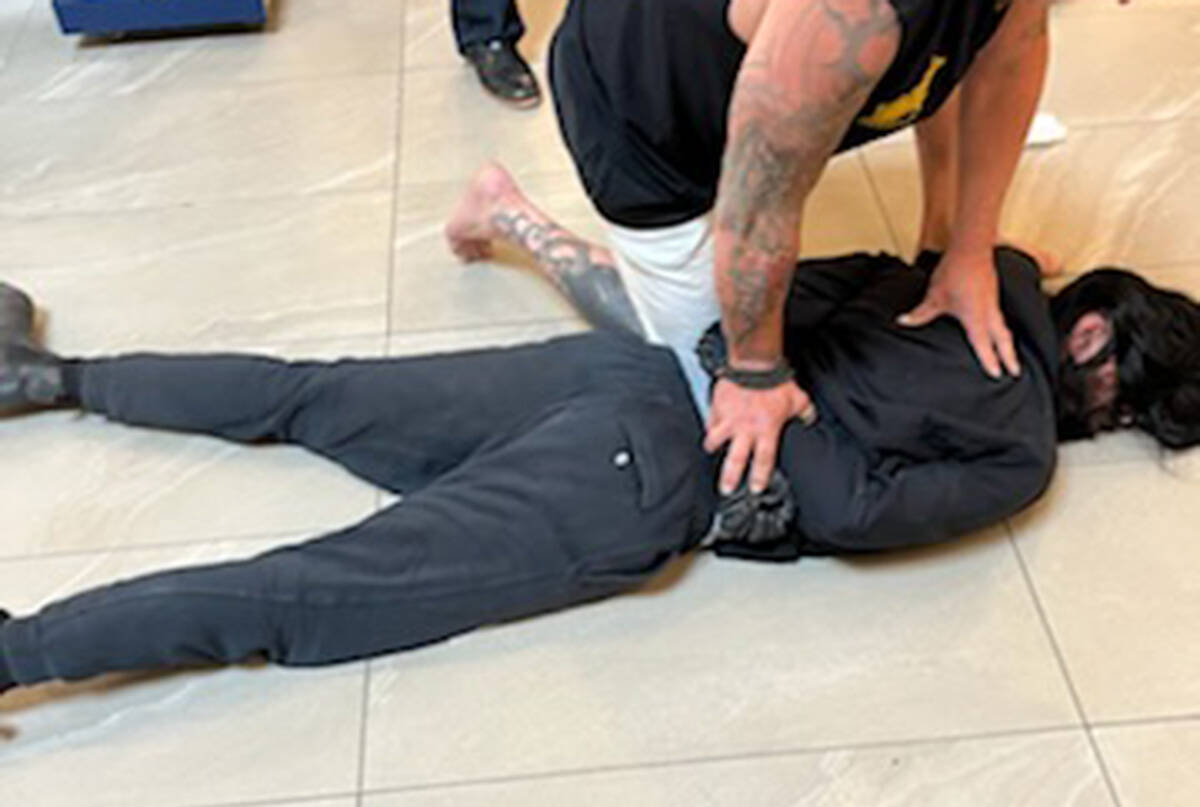 First responders were called to the mall at approximately 12:30 p.m.

Ambulance and fire were on scene treating people outside the mall, near Save-On-Foods for either pepper spray or bear spray. Victims were sitting on the sidewalk, and two women appeared to be in some distress.

Witnesses said there appeared to have been up to five suspects who attempted to rob the jeweller in the mall. It was the third robbery attempt at the store in recent months. The last time was on Aug. 17, where the suspects used bear spray.

A witness who was getting a manicure and pedicure at a nearby business said he heard screaming and people slamming doors.

“I jumped up, my feet were all oily, but I ran out, and one of the robbers ran right towards me, and I go to tackle him and my feet went right out from underneath me,” he said.

He kept a knee in the suspect’s back, keeping his weight on him to keep him down.

He told the suspect “This is a shitty way to start your weekend buddy.”

The man, who spoke on condition of anonymity, said he and another customer helped to apprehend the culprit, with the help of mall security.

He was affected by pepper spray in the air, and was coughing, but did not get the full effects.

He said he didn’t see weapons, or he would have been “outta there.”

Then he finished getting his pedicure.

However much of the mall was closed to the public.

More details as they become available.

Canada, US respond to Putin’s ‘political theatre’ with even more Russian sanctions

VIDEO: Foundry Langley throws a party to say thank you to the community