Family and friends of Carson Crimeni gathered in the Langley Sportsplex Friday to hang the young teen’s jersey on the wall, where they hope it will be a reminder of the dangers of drugs and bullying.

Carson’s grandfather Darrel Crimeni was surprised by the crowd of several dozen people who turned out for the small informal ceremony.

He thanked all the people who helped create the memorial, which includes a photo of Carson and a framed lightbox of his hockey jersey.

“We hope it helps the community,” said an emotional Darrel. “We can’t do it on our own, we do need the community’s help.”

He hoped being able to see the memorial will serve to help other families.

“It’s good to help remind people not to walk by,” said Aron Crimeni, Carson’s father. A reminder to speak out about bullying and put a stop to it if they can is the intent, Aron said.

Chris Crowell and his wife Chantal helped pull together the tribute, contacing Sportsplex and Langley Minor Hockey for their help.

“Everyone was incredibly receptive,” said Chris, whose son played on several hockey teams with Carson over the years.

Carson died on Aug. 7 last year in Walnut Grove. His family was shocked to later learn that videos of the boy, in obvious distress, had been shared on social media, with people laughing as Carson was obviously so intoxicated he could barely walk or talk.

His family believes bullying by others led to Carson’s death.

An RCMP investigation recently wrapped up, and police have passed the file to the B.C. Prosecution Service, which will determine if charges are to be laid. 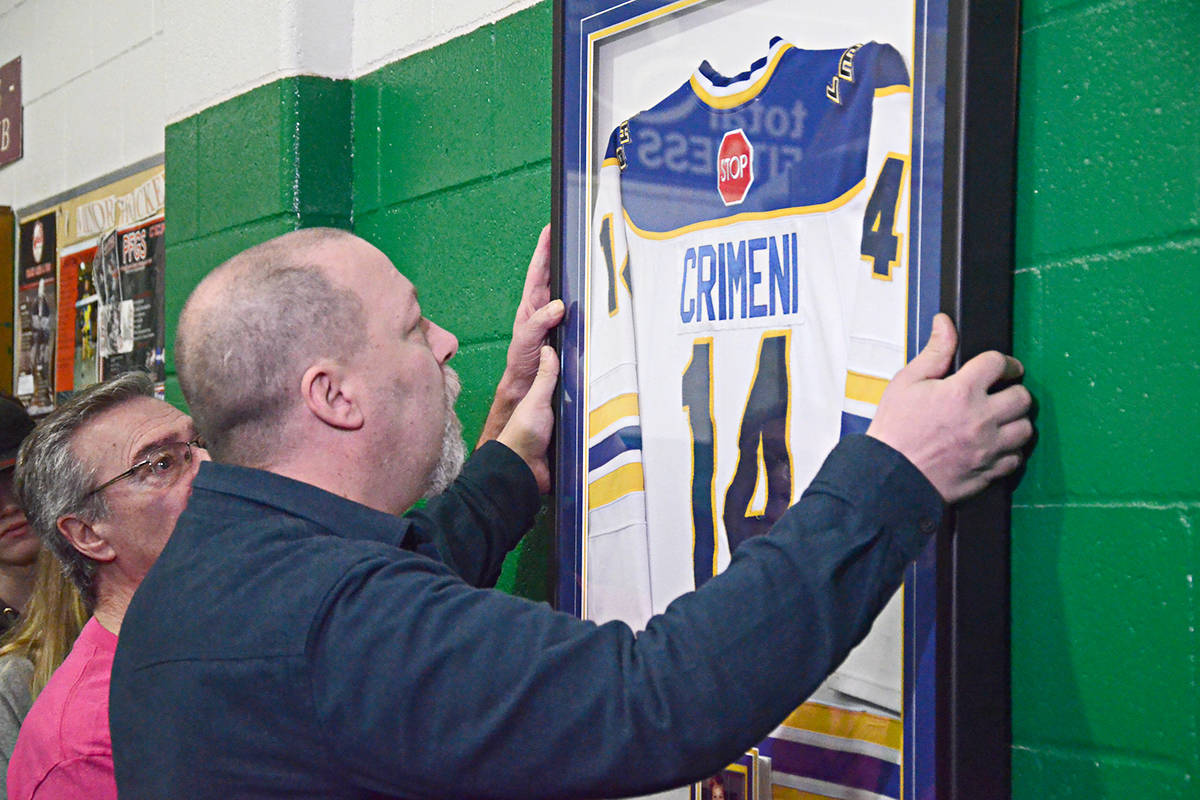