The province-wide teacher and Teachers On Call shortage hit Langley schools hard, leaving dozens of classrooms without a full-time teacher in place, nearly a month into the 2017-18 school year. Restored local contract language resulted in over 140 new teaching positions in Langley, in addition to the challenges presented by yearly growth in student enrolment.

• Students at Willoughby’s RC Garnett Elementary will be going back to school in the New Year, with eight new classrooms inside a two-storey expansion to the heavily populated school. The $3.9 million expansion was completed on time and will replace many portables on school grounds.

• The Langley Board of Education and the School District Leadership Team spoke out in support of LGBTQ students and SOGI (Sexual Orientation and Gender Identity) curriculum in September. Parents, grandparents and community members filled the district office and boardroom to support SOGI curriculum and students after holding a rally.

This came after a group called Culture Guard has been vocal against SOGI being part of the curriculum and LGBTQ.

A naming process will get underway in January for the converted middle school which currently holds the Mountain name. 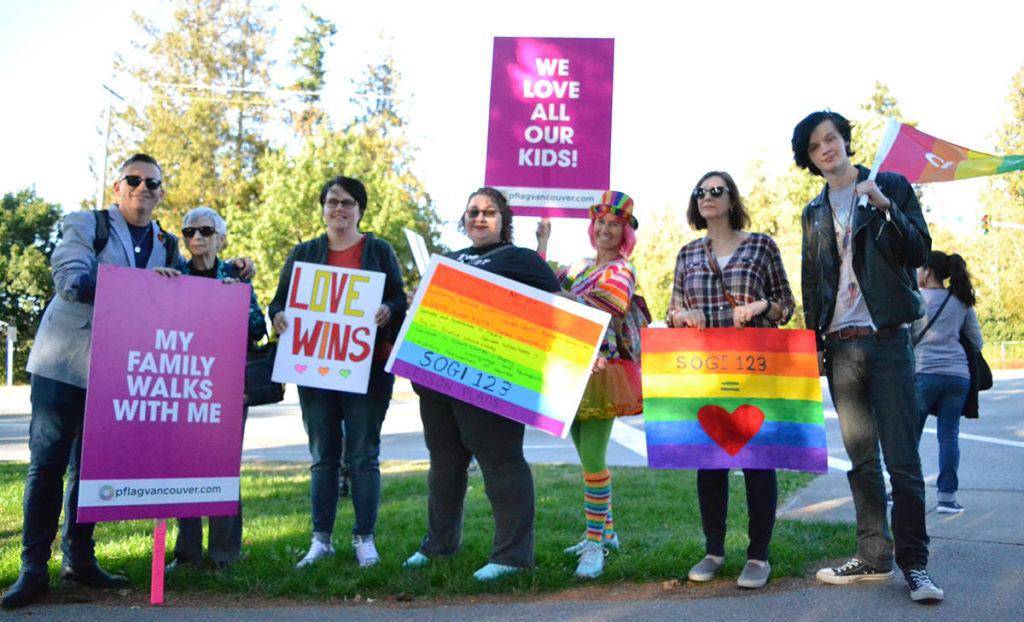 In September, more than 100 people rallied in Langley in support of LGBTQ students. File photo

Hydro out for many in Aldergrove area