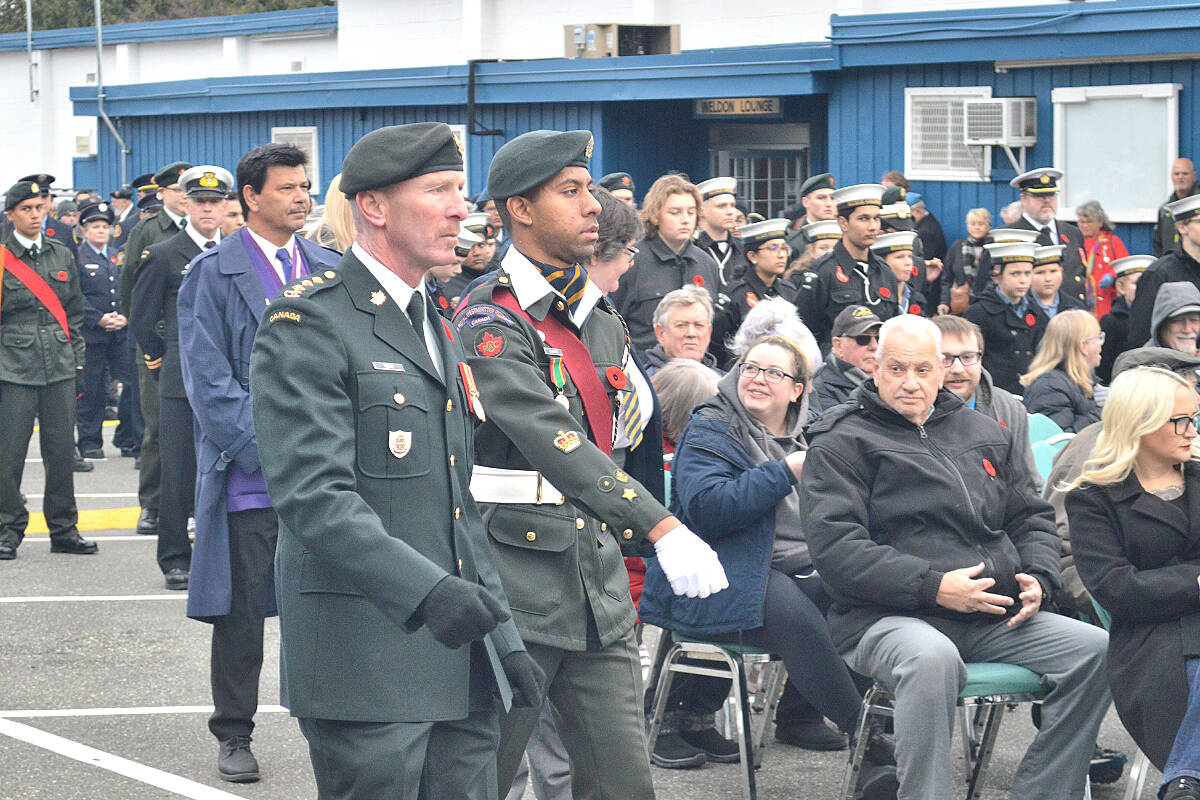 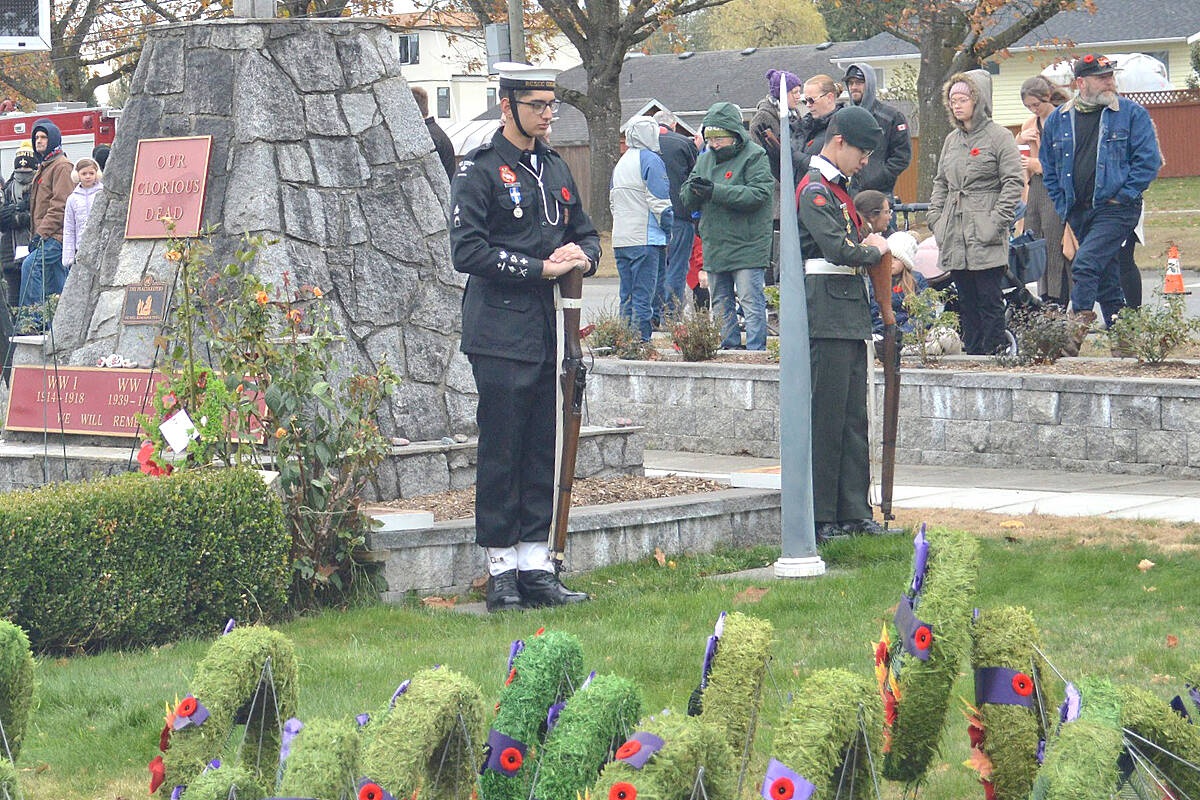 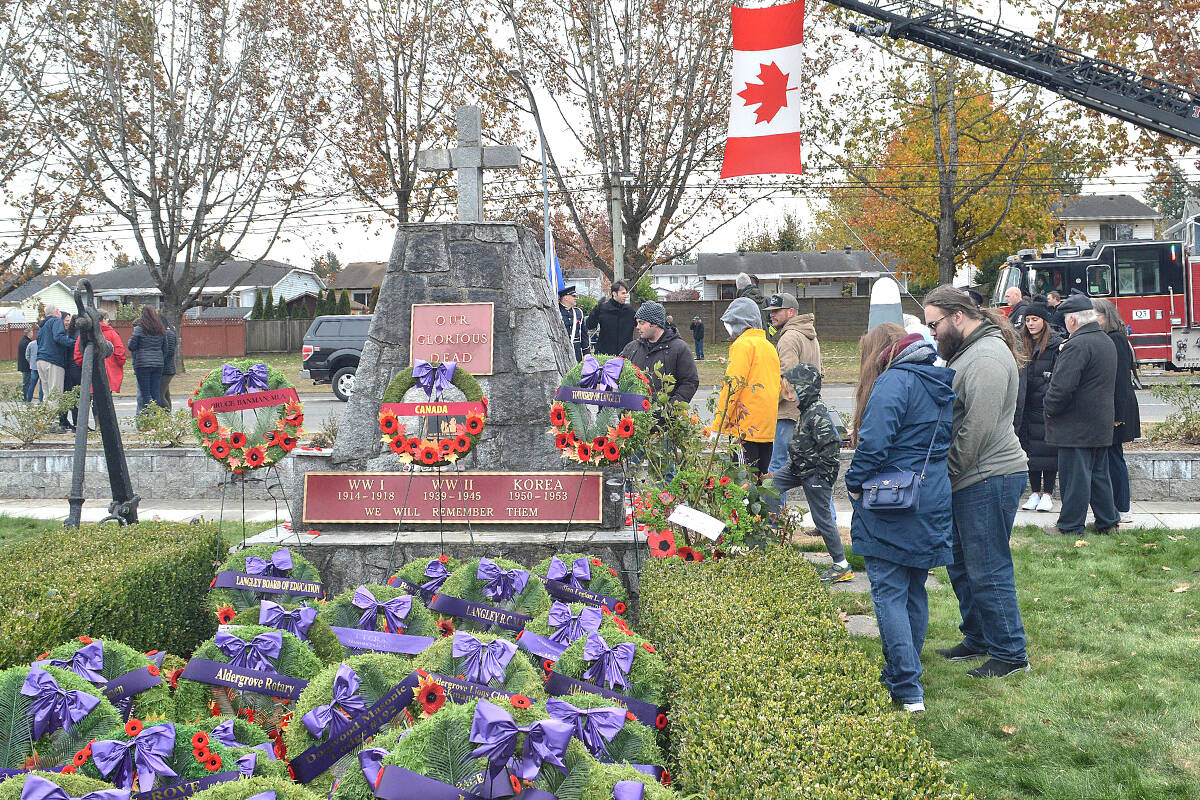 A crowd estimated at between 2,500 and 3,000 people took part in the Remembrance Day service hosted by the Royal Canadian Legion Aldergrove branch on Friday.

A piper led the procession from 272nd Street and Fraser Highway, walking towards the legion branch at 26607 Fraser Hwy.

Branch president Deb Gray was “very happy” with the attendance.

“We had so many people turn out,” Gray enthused.

“It was very busy, which was good.”

Branch member and master of ceremonies Doug Hadley called the turnout “heartwarming,” telling Black Press Media he was “elated to see such a good turnout of people, and of all ages,” seniors and young people, and families with children. 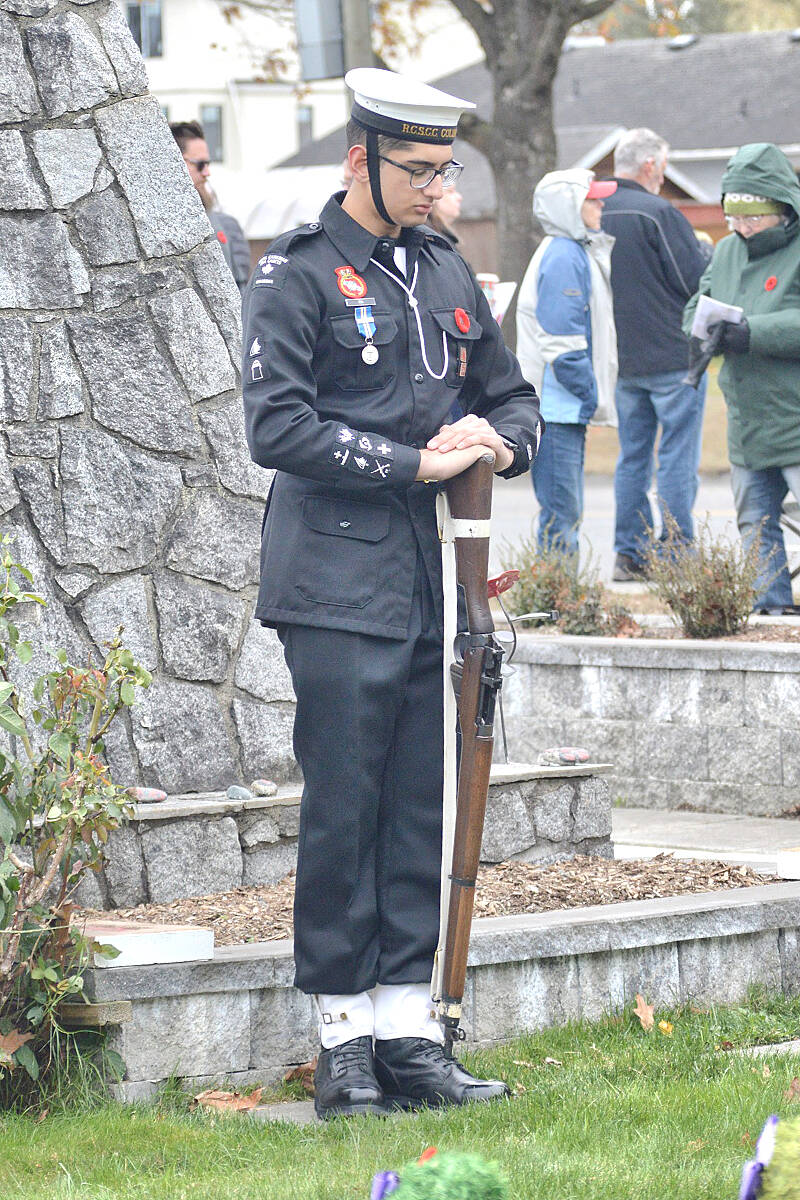 It was attended by veterans of the Second World War, Korean War and Afghanistan, as well as many peacekeeping missions.

“It was nice to see that we still have a good number of veterans,” Hadley observed.

Anglican minister Paul Guitan talked about the soldiers’ sacrifice, saying “they did not do what was best for them … far from it.”

“We are here today to say how grateful we are that they put other people first,” Guitan said.

In addition to the Legion colour party’s participation, firefighters, RCMP, cadets, scouts, and brownies were part of the service, along with the Aldergrove Kodiaks hockey team.

Proceedings were live-streamed on social media, including the Facebook page “Royal Canadian Legion, Branch 265, Aldergrove, BC.”

Following that, a bugler sounded Rouse and Reveille along with the Piper’s Lament, and wreaths were laid at the cenotaph.