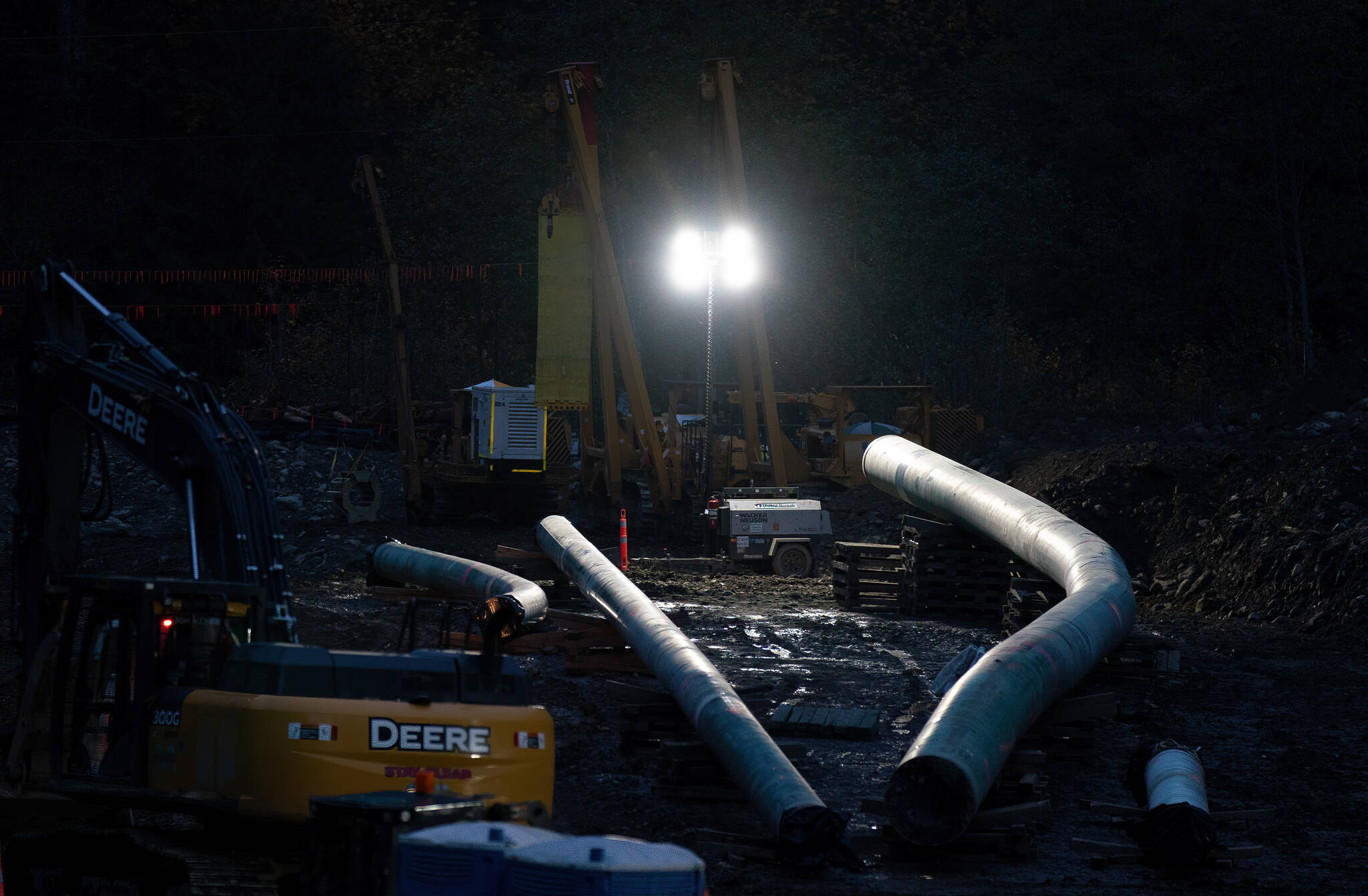 The Trans Mountain pipeline has been shut down temporarily due to widespread rains and flooding in British Columbia.

Trans Mountain Corp. spokeswoman Ali Hounsell says the precautionary move was taken due to the flooding situation in the area of Hope, B.C.

In addition, Hounsell says construction on the Trans Mountain expansion project has been temporarily halted in the Lower Mainland, Hope, and Merritt regions due to prolonged rainstorms.

The 1,500-km Trans Mountain pipeline is Canada’s only pipeline system carrying oil from Alberta to the West Coast. The pipeline has a capacity for 300,000 barrels per day.

The Trans Mountain expansion project was approved by the federal government in 2019. The project will twin the existing pipeline, bringing its total capacity to 890,000 barrels per day.

The Trans Mountain pipeline was purchased by the federal government in 2018. Trans Mountain Corp. is a federal Crown corporation, headquartered in Calgary.

VIDEO: Barge on the loose in choppy waters runs aground near Vancouver walkway

Abbotsford restaurant offering free meals to those impacted by flooding