Some commuters taking the #555 from Carvolth Exchange are getting to ride a double-decker bus this month.

Until Jan. 26, TransLink has provided its two double-decker buses for commuters crossing the Port Mann to Lougheed Mall SkyTrain station.

“Our 555 runs every six minutes and the double-decker runs in the peak morning hours to the afternoon hours, so it’s likely if you are a regular commuter on this route you will be able to try out the double-decker,” said TransLink’s Chris Bryan.

The double-decker, which is popular in London, and other populated cities, is well suited for long haul routes like the 555, which Bryan said is about a 20 minute bus ride from station to station.

“If you were to take the 7:15 a.m. from Carvolth you should arrive at Lougheed in 22 minutes,” Bryan said. It’s a popular route, which is why the double-decker is being tested out there.

“A double-decker has twice the seating that our regular buses have,” he said. It also offers panoramic views from the top deck.

The next stop for the double-decker is on a popular route in White Rock, the 351 to Bridgeport Station and then on to the 601 Bridgeport to Tsawwassen Ferries terminal.

Langley resident Lee Zamora rated the ride as “a pretty cool experience,” especially for people who ride on the top level.

Zamora, whose morning commute takes about an hour door-to-door, said the additional seating on the bigger bus “will definitely help” improve capacity and reduce delays.

A TransLink handout notes the double-decker bus is fully accessible with a wheelchair ramp that deploys quickly and features a digital monitor on the bottom level that allows passengers to see if there are any vacant seats up top.

The pilot program to test the taller buses in Metro Vancouver on select highway routes is scheduled to continue until the spring.

TransLink is asking people who’ve ridden the double-deckers to take an online survey at translink.ca/doubledecker.

A bus tracker app/website has been created by someone that lets people see in real time where their bus is at any moment. The double decker serving the 555 route is fleet #1009. 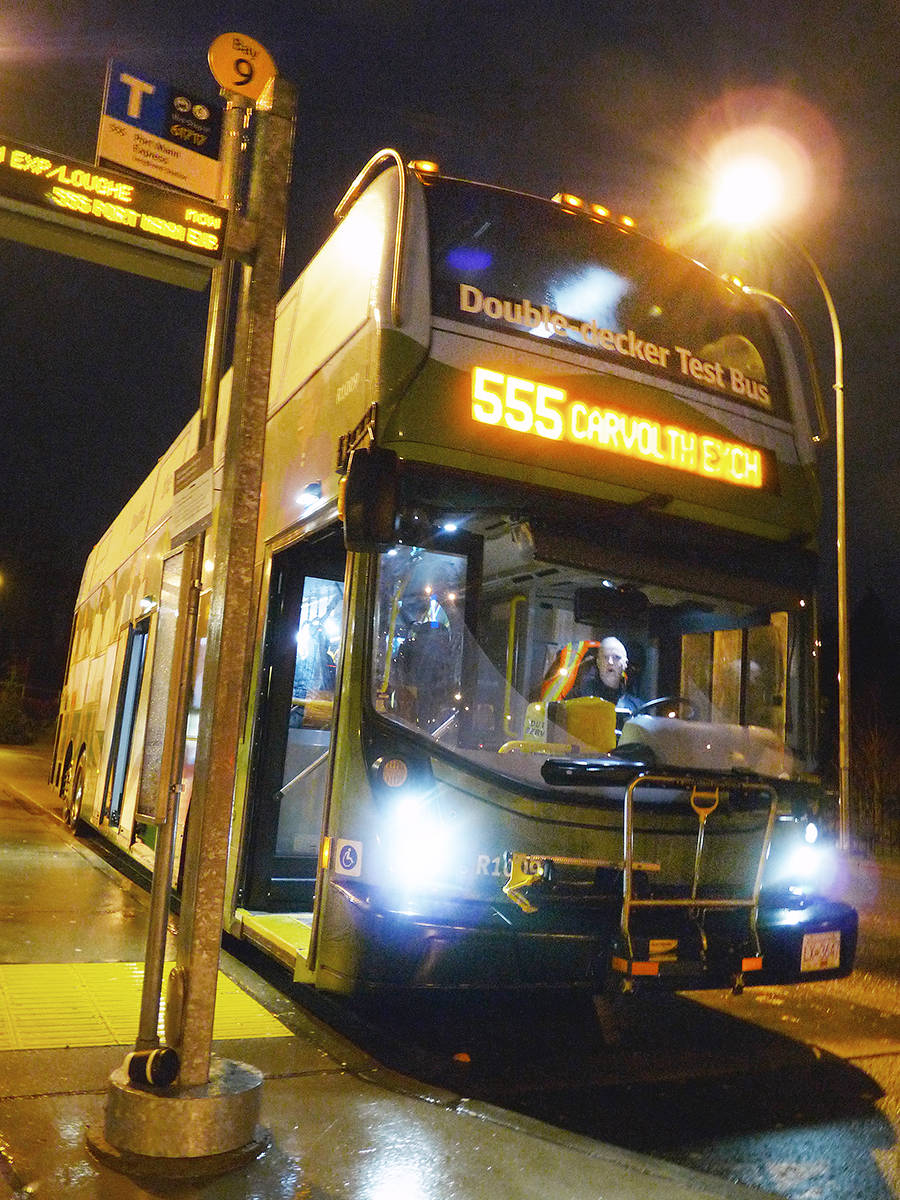 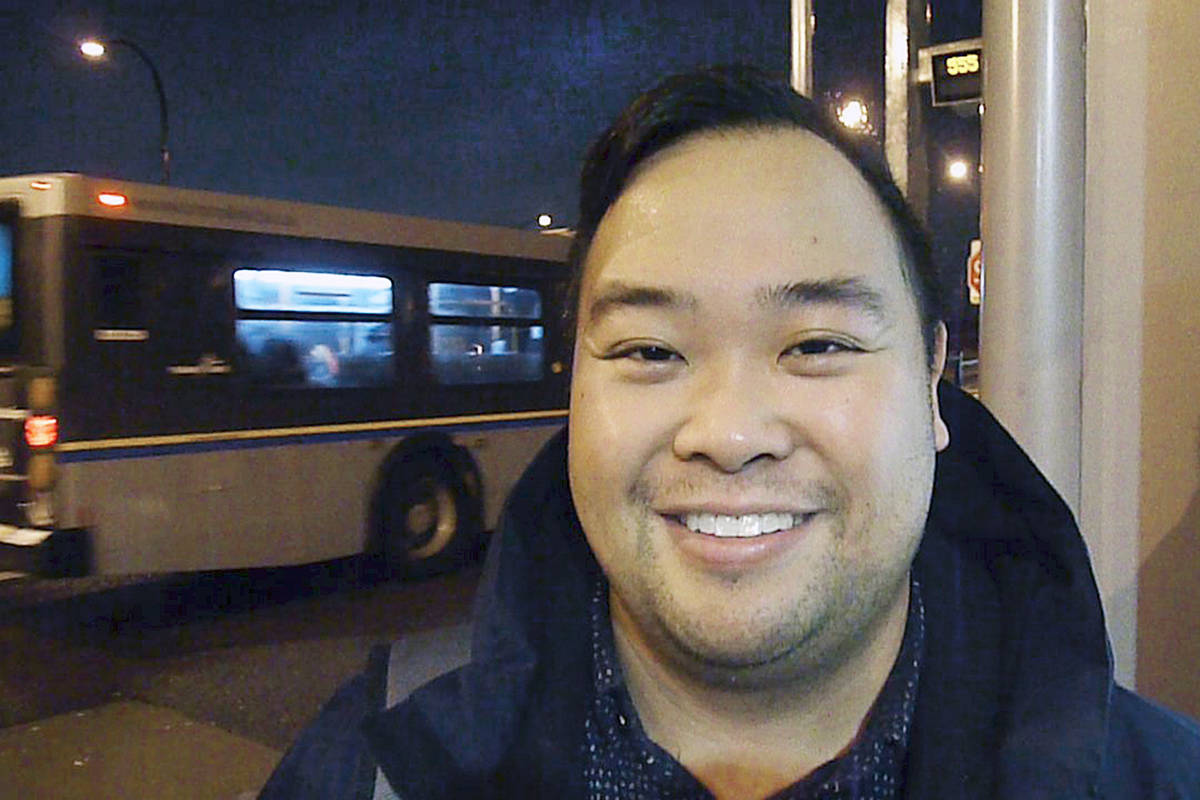 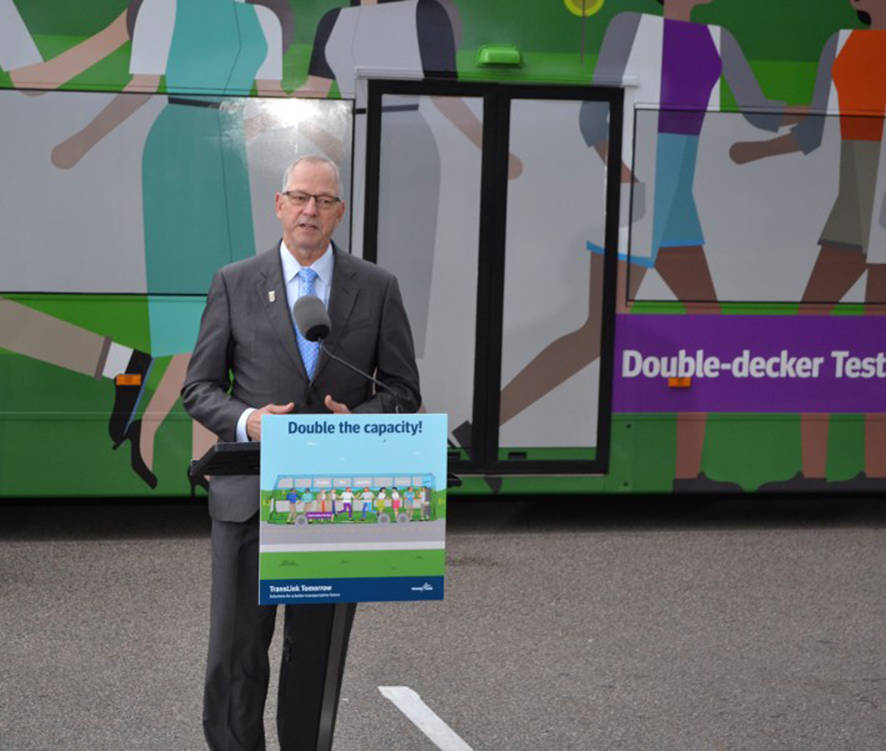