One Langley commuter said it took her 1.5 hours to get from the 200 Street exit to the Port Mann bridge on Tuesday morning at 6:30 a.m., when a 19-vehicle pileup brought westbound traffic to a crawl throughout the morning commute.

Since tolls came off the Port Mann bridge just over six weeks ago, congestion on the freeway from Langley to the Port Mann is up significantly and with that increase comes more crashes, stalls and traffic tie-ups.

On Sept. 30, a crash involving 12-vehicles on the Port Mann bridge deck caused traffic in both directions to be shut down during the afternoon commute.

All this increased congestion is leading to truckers not being able to deliver the goods they need to on the timelines they are used to, said Louise Yako, president of the Langley-based B.C. Trucking Association (BCTA).

“The irony is with this growth in traffic and the need to deliver goods on time, trucking companies are having to put more trucks on the road to get the deliveries there,” said Yako.

The Port Mann bridge has seen a marked increase in traffic volumes since the elimination of tolls on Sept. 1, with around a million more vehicles crossing in September 2017 than did during the same month in 2016.

Yako explained that large retailers have specific times set aside for deliveries and truckers need to arrive during those windows.

Some trucks have diverted from the Pattulo bridge to the Port Mann now that there are no tolls.

Pattulo has seen about a 15 per cent reduction in traffic since the tolls were removed.

In 2015, the B.C. Trucking Association came out with a policy plan indicating that the solution to congestion is in mobility pricing.

“Another one million people will be living here by 2030. Given the geography we can’t build out our roads. We need alternatives to solving the road congestion issue,” she said. “We need to have safe, reliable and cost-effective public transit along with mobility pricing.”

The BCTA lobbied for mobility pricing with the former Liberal provincial government and will be ‘an active participant’ in lobbying for this plan with the new NDP government. 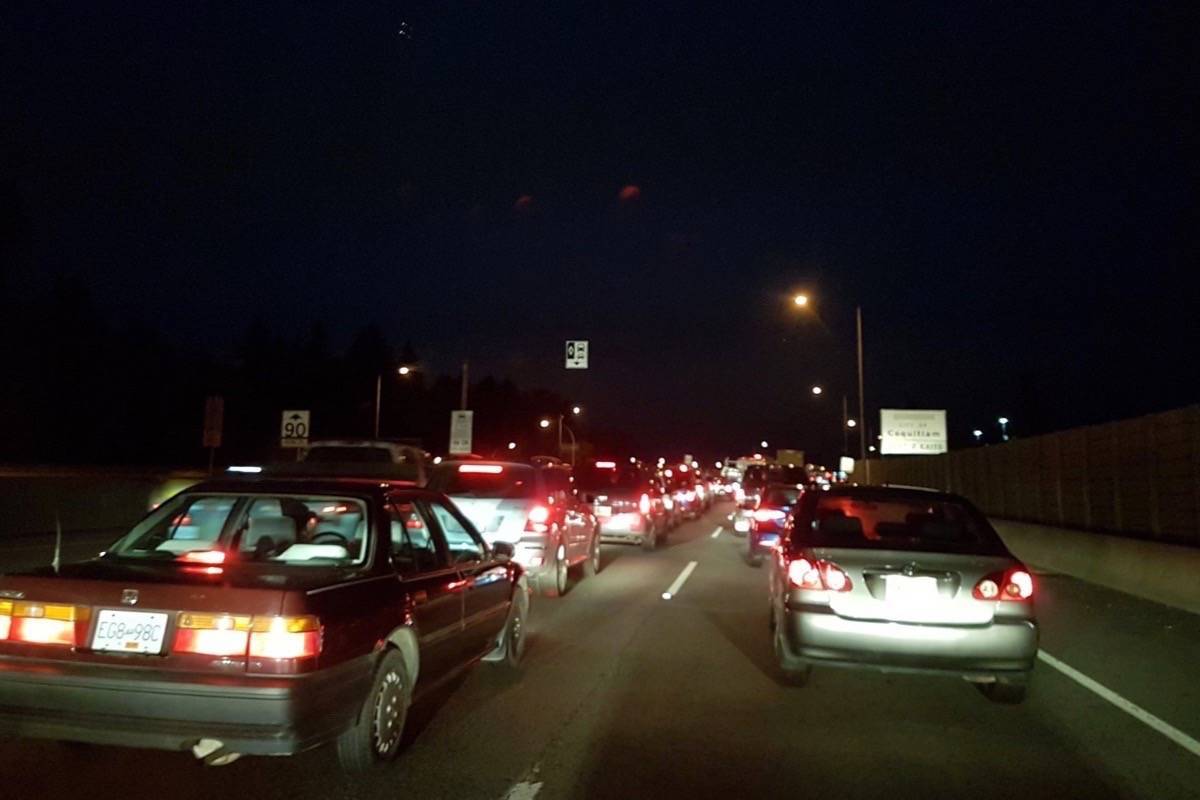 This was the view for thousands of commuters stuck on the freeway between Langley and the Port Mann early Tuesday morning after a 19-vehicle pile up. Crashes are up, so is congestion which leads to less goods being delivered on time, according to the B.C. Trucking Association. Twitter photo

Langley boy out of ICU but faces several surgeries