The 12-year-old victim of a Langley hit-and-run has regained consciousness.

While Jesse Brown is aware and able to communicate, he faces a long and arduous recovery, father Tony Brown told the Langley Advance Times on Sunday.

“We’re hoping that his body will heal,” Tony said. We need a lot more good news.”

Jesse is still in hospital.

He suffered multiple broken bones in his face, a broken arm, and fractures to his back on Friday, Sept. 13 when he was struck walking home from Peterson Road Elementary, where he is a Grade 7 student.

He was in surgery for 11 hours.

Tony said police have advised the family it will take time before charges are laid.

“They figure it’ll be six months.”

After the vehicle involved fled the scene, police arrested a 29-year-old woman and issued her with an administrative driving prohibition.

Langley RCMP reported the suspect was given a demand for a breath sample by a police officer, and initially refused. She provided samples later in the evening that showed she exceeded the legal blood alcohol limit.

A male passenger in the vehicle was also arrested, for allegedly attempting to hide the car.

Police said the same vehicle, believed to be a Nissan Pathfinder, also struck an 18-year-old near Langley Secondary School the same afternoon. That victim required medical care but was treated and released from the hospital the same day.

In an earlier interview, Supt. Murray Power, head of the Langley RCMP detachment explained the impact of the Supreme Court of Canada’s 2016 Jordan decision, which means that provincial courts only have 18 months to try a suspect after the charge is laid.

That has meant that police and Crown prosecutors – who actually decide what charges will be laid – are being cautious about the timing of charges.

“The case has to be ready to go before a charge is laid,” said Power. “And that decision’s not helping any victim family.”

Langley Mounties have reached out to motorists and the families at nearby schools in the search for more evidence in the hit and run.

An electronic sign board was set up on 232nd Street, not far from where Jesse was struck by a car on Sept. 13, asking passing drivers who may be witnesses or have dash cam footage to contact the Langley RCMP. 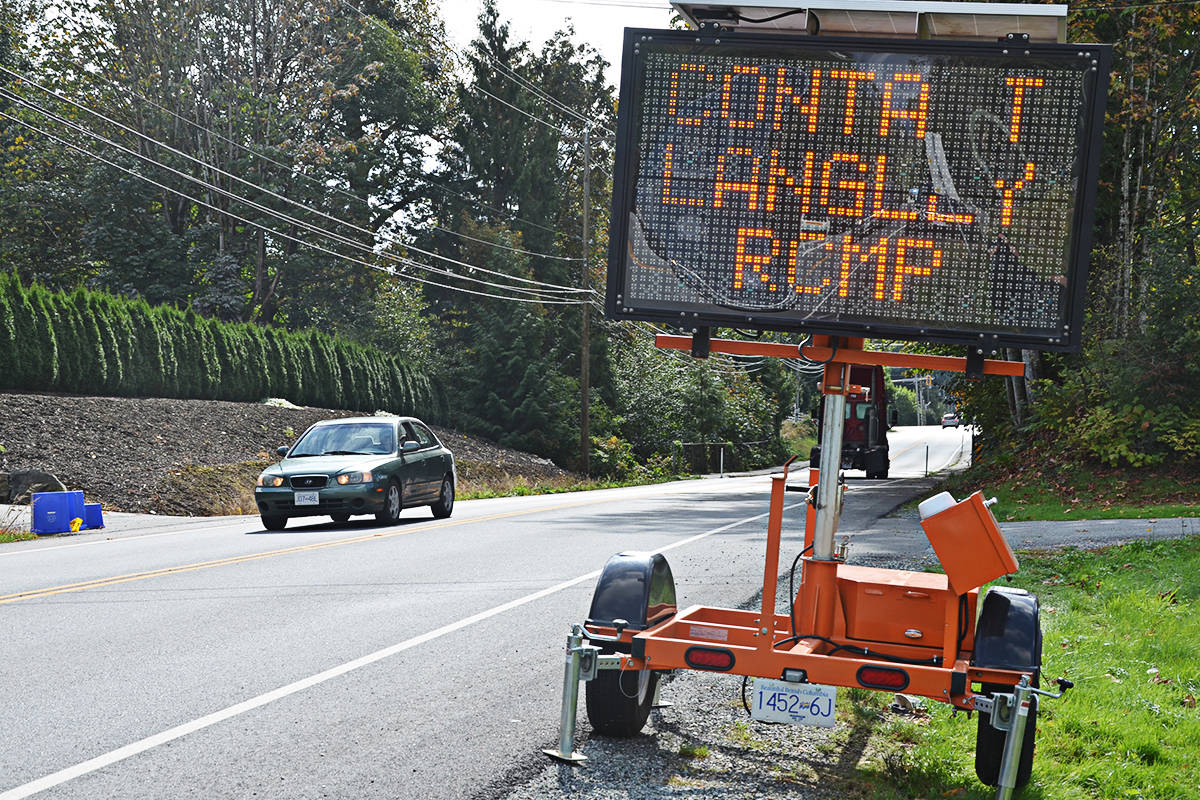 An electronic message board is asking drivers who might have seen something that could help with the investigation of a Sept. 13 hit and run on 232nd Street to call in. (Matthew Claxton/Langley Advance Times)

Sports car goes up in flames in Langley Sunday afternoon