An icy hill in Willoughby caused two Township fire trucks to slide into each other and then into a ditch on Thursday morning.

Around 7 a.m., Township fire crews were called to a rollover crash at Morrison Crescent and 76 Avenue.

They arrived to find multiple vehicles had gone off the road at the bottom of a very icy hill.

Firefighters were attempting to get their fire trucks to the top of the hill to block anyone else from coming down and crashing into them.

No firefighters were injured in the incident.

It’s not known at this time how much damage was done to the fire trucks.

Drivers involved in the initial accident were checked out for minor injuries by paramedics.

Emergency crews had to deal with several crashes and roll overs due to black ice. Temperatures on Thursday morning dipped to -5 Celsius. 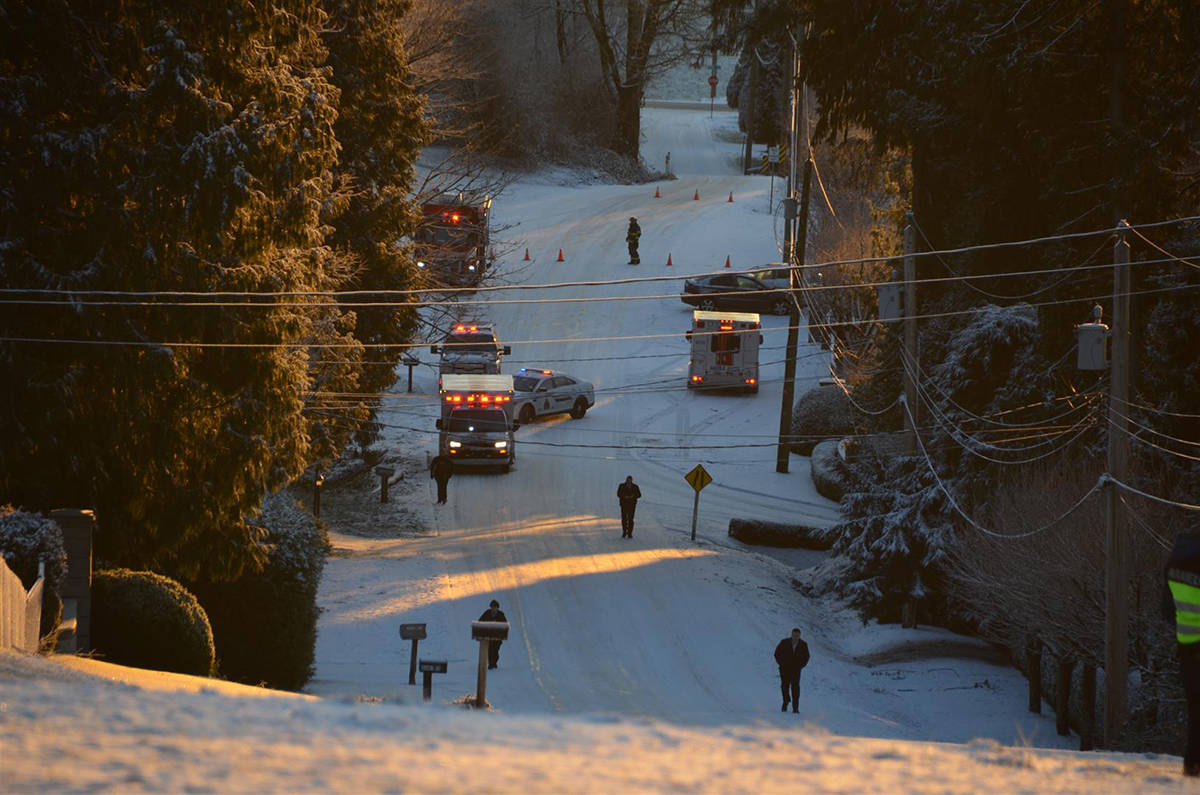 TransLink ready for the snow

Widening 208 Street will be studied again by Township council