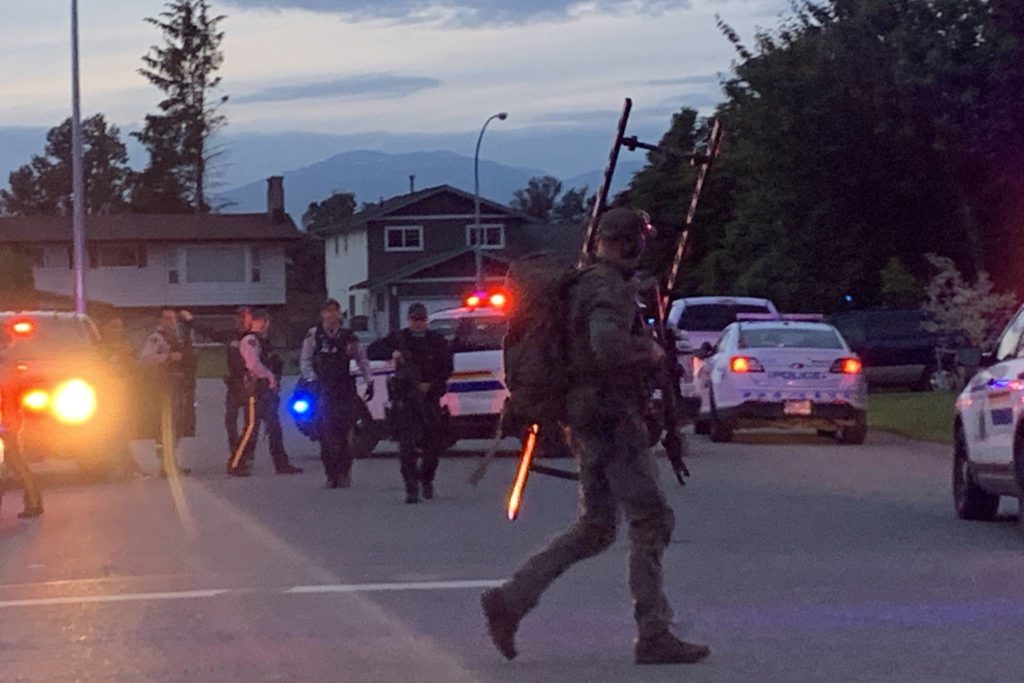 An RCMP Emergency Response Team officer on the scene of a police incident involving shots fired, according to witnesses, near Christina Drive in Chilliwack on May 23, 2020. (Paul Henderson/ The Progress)

There were questions and shock Saturday night in a Sardis neighbourhood after a “distraught male” fired shots at police officers, and one neighbour said officers fired back.

A large area surrounding a Christina Drive residence off Stevenson Road in Chilliwack was blocked off by Chilliwack RCMP officers, many of whom were armed with their carbines.

(See below story for more photos.)

A helicopter circled the area for several hours after 6 p.m. and the RCMP’s Emergency Response Team (ERT) arrived on the scene. An RCMP police negotiator arrived at approximately 8 p.m. By 10 p.m. the entire area was still blocked off and the situation was not resolved.

By Sunday morning, she was able to confirm the situation was over and residents were being allowed to leave their homes.

“The Chilliwack RCMP would like to thank area residents for their patience and cooperation,” Vrolyk said.

Officers from the Independent Investigations Office of BC (IIO) were on the scene Sunday morning. IIO is the civilian-led oversight body responsible for conducting investigations into serious incidents that may have resulted from the actions of police officers.

There were reports of between six to 12 shots fired in the incident, but it was unclear if any shots were fired by an assailant or if they were all by police. Whether or not rubber bullets or a bean bag gun was used was not confirmed.

The BC RCMP will be releasing more information later today.

Visit www.theprogress.com for updates on this incident as they become available.

Chilliwack RCMP are currently responding to an unfolding police incident on Christina Drive in Chilliwack. Residents of the Christina Drive area are advised to stay inside their homes. For safety reasons, do NOT share incident details / police locations on social media. 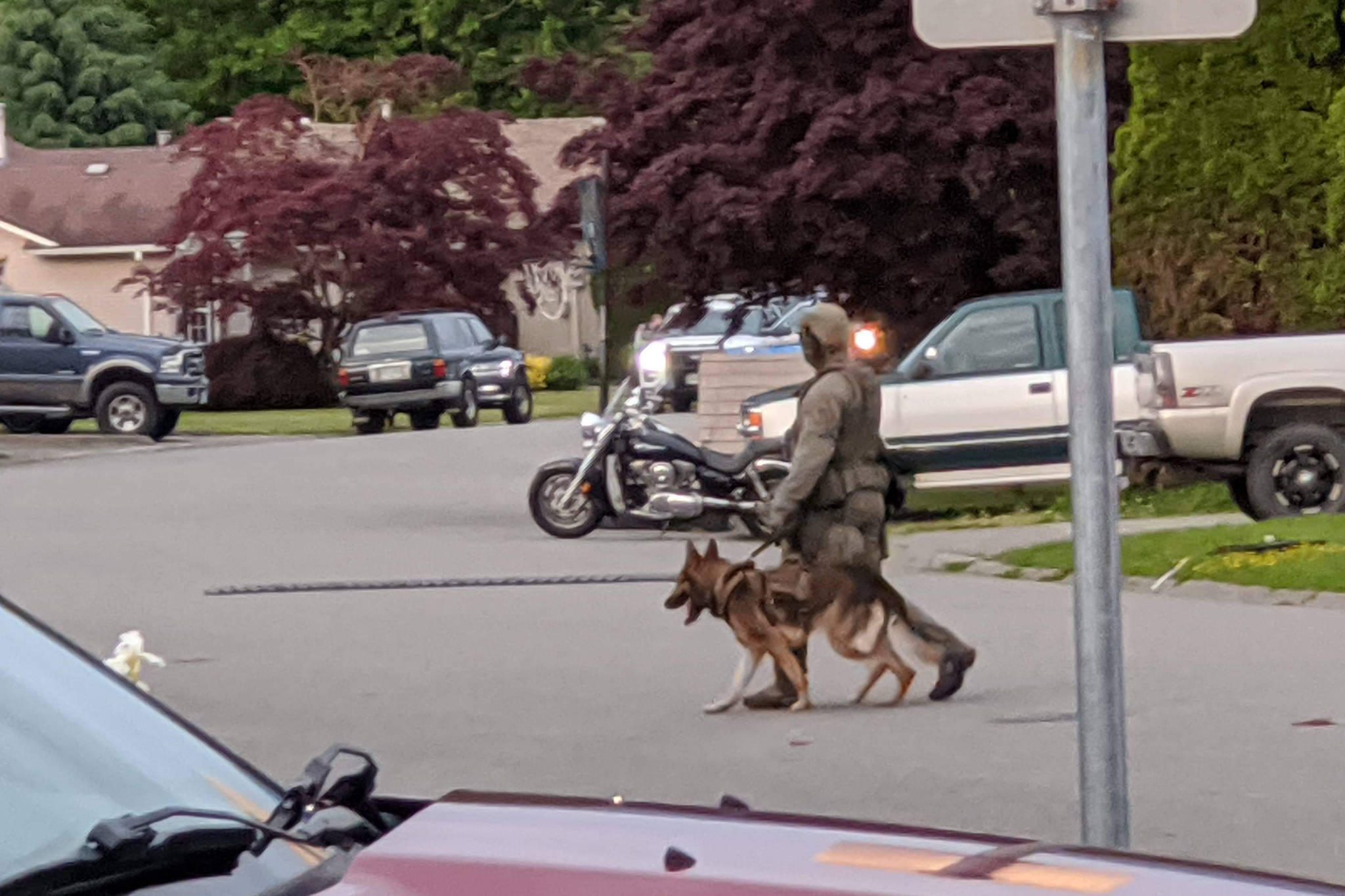 An RCMP officer with a police dog near the scene of a police incident involving shots fired, according to witnesses, at a residence on Christina Drive in Chilliwack on May 23, 2020. (Submitted) 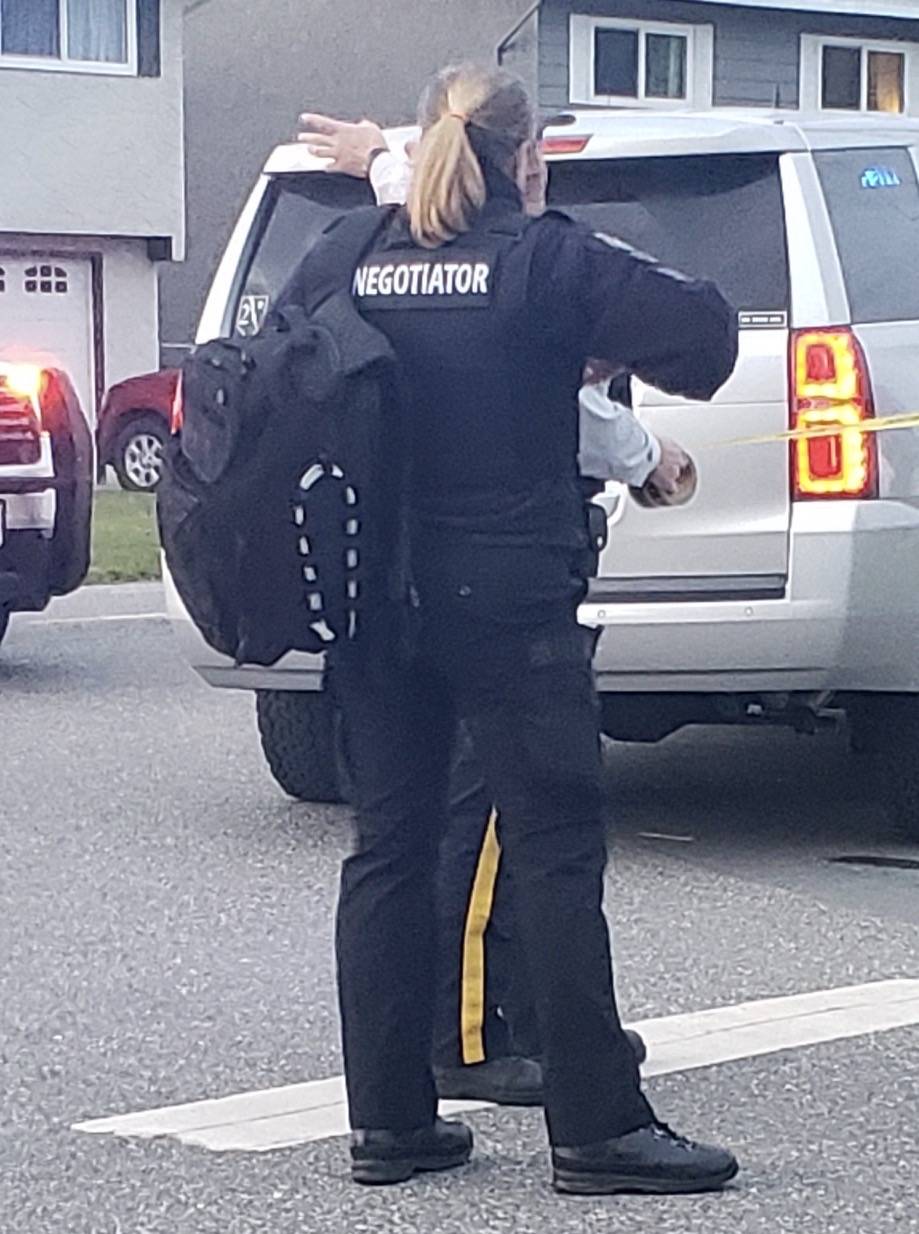 An RCMP negotiator arrived at the scene of a police incident involving shots fired, according to witnesses, at a residence on Christina Drive in Chilliwack on May 23, 2020. (Submitted) 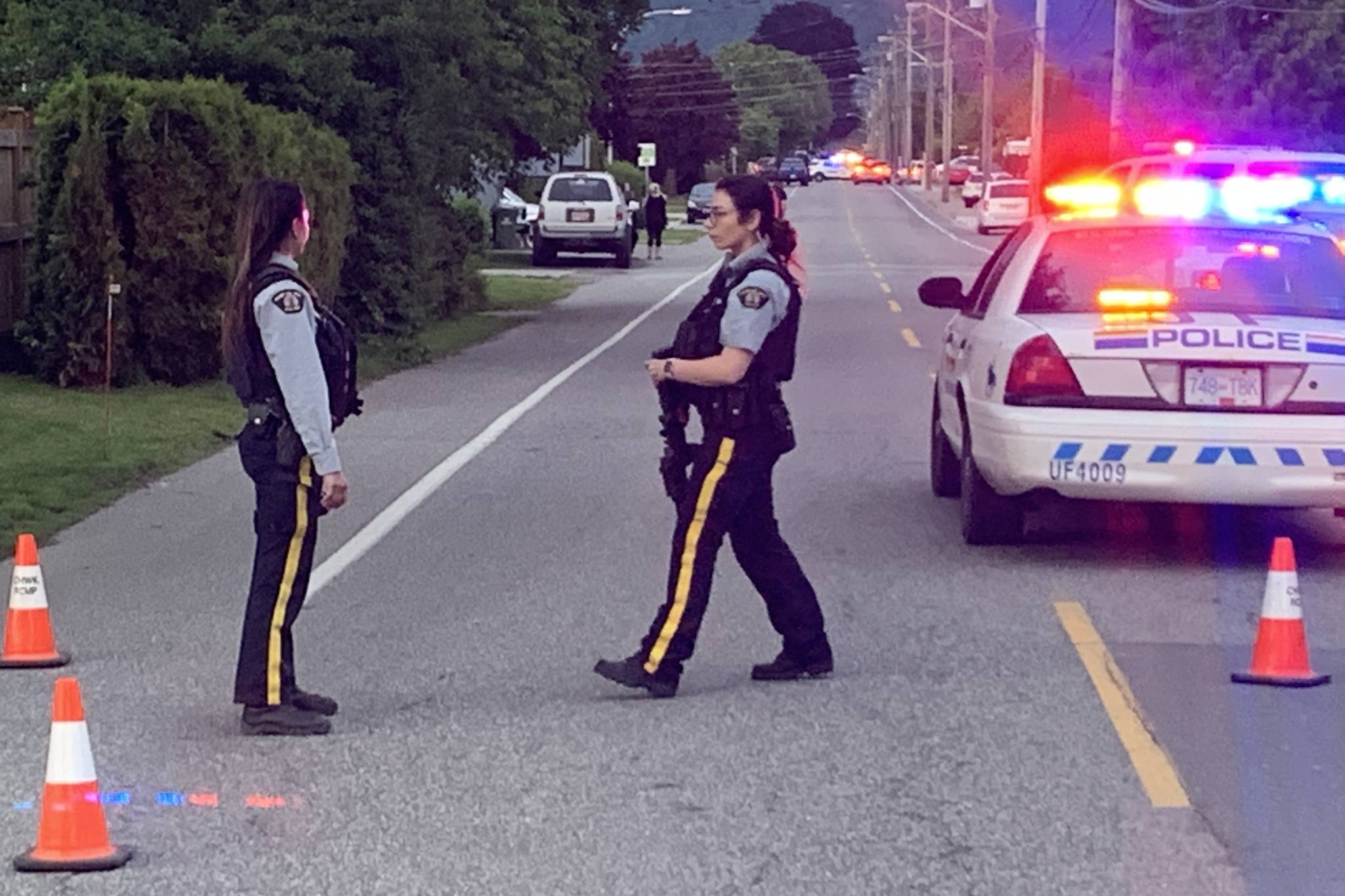 Chilliwack RCMP officers on the scene of a police incident involving shots fired, according to witnesses, near Christina Drive in Chilliwack on May 23, 2020. (Paul Henderson/ The Progress)