The bear population of Langley briefly increased by a third Sunday.

When the roof collapsed on a bear compound at South Langley’s Critter Care facility late this afternoon, five young black bears made good their escape through a small hole that opened up, said B.C. conservation officer Jack Trudgian.

While four of the year-and-a-half-old bears stayed on the roof and were safely coaxed back into the shelter without incident, Trudgian said one bear made good its escape.

As of Tuesday, there had been no reported sightings of the bear in South Langley, and Trudgian believes he crossed the border.

“Now it’s going to have to apply for American citizenship,” said Trudgian.

Critter Care is a wildlife shelter, located at 4th Avenue and 216th Street in South Langley, that provides short- and long-term care to native mammal from throughout the province.

The incident occurred at about 4 p.m. on Sunday, June 18, and while one of the cubs is still missing, Trudgian assured there’s “no public safety risk.”

Because the province is responsible for permits to this facility, conservation officers came back to further inspect the broken roof.

Trudgian said the initial cause of the roof collapse couldn’t be determined, but it seems that thee was a small hole to start with.

“It looks like the bears pulled down the rest of it,” he said. “Bears are pretty smart.”

The bear was an orphaned animal from the Port Coquitlam area, taken in by Critter Care last year.

Ironically, all five bears were due to be released this month anyway. They have spent nearly a year at Critter Care.

Since the weekend, two have been released near Squamish, and two more are to be released into the wild soon.

Society’s Sonia Kucharonok said if anyone sees the bear to call conservation at at 1-877-952-7277 and to notify Critter Care so they can track “her movements.”

Admittedly, there are not a lot of black bears in Langley, but there are now at least three that Trudgian is aware are living in the community, one adult, one cub, and now this little guy.

Although he said there’s no public threat, especially in this rural neighbourhood of Langley, he reminds people to be aware and to avoid leaving food out that would lure in bears or other wildlife.

The Township of Langley offers a series of ideas of how to be more Wildlife Aware, click here. 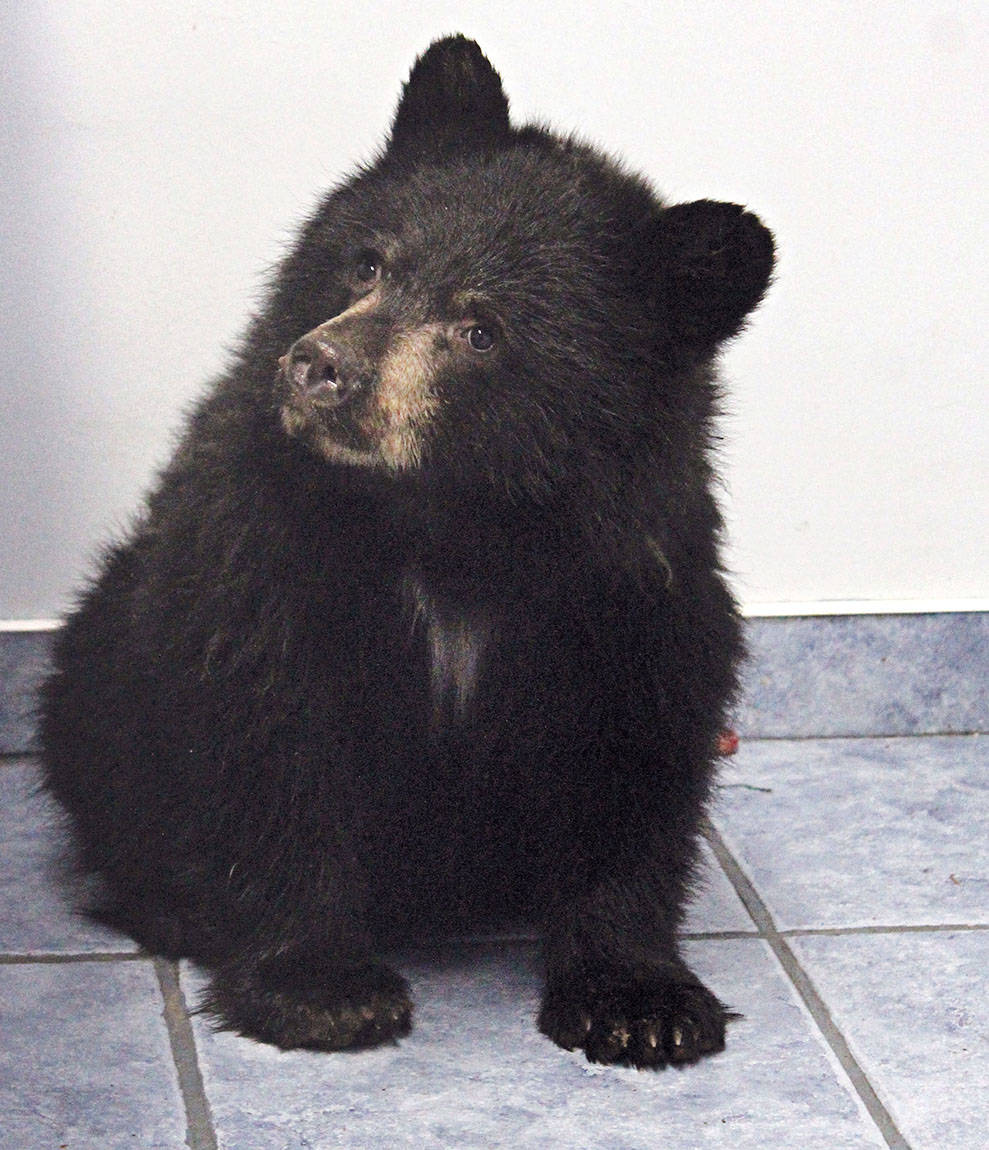 Critter Care Wildlife Society operates a facility near the Canadian-U.S. border that focuses on rescue, rehabilitation, and release of mammals native to the area. They’ve been in existence for more than 30 years. (Special to the Langley Advance)