Two people were transported to hospital after a dump truck and an SUV collided on 264 Street in Aldergrove between 32 Avenue and Robertson Crescent shortly after 6 a.m. Monday morning.

Langley RCMP Cpl. Holly Largy said it initially appeared that the SUV “drifted” into the path of the dump truck, causing the trailer of the big truck to flip over.

Traffic on the busy road was completely closed off while accident investigators were on the scene. 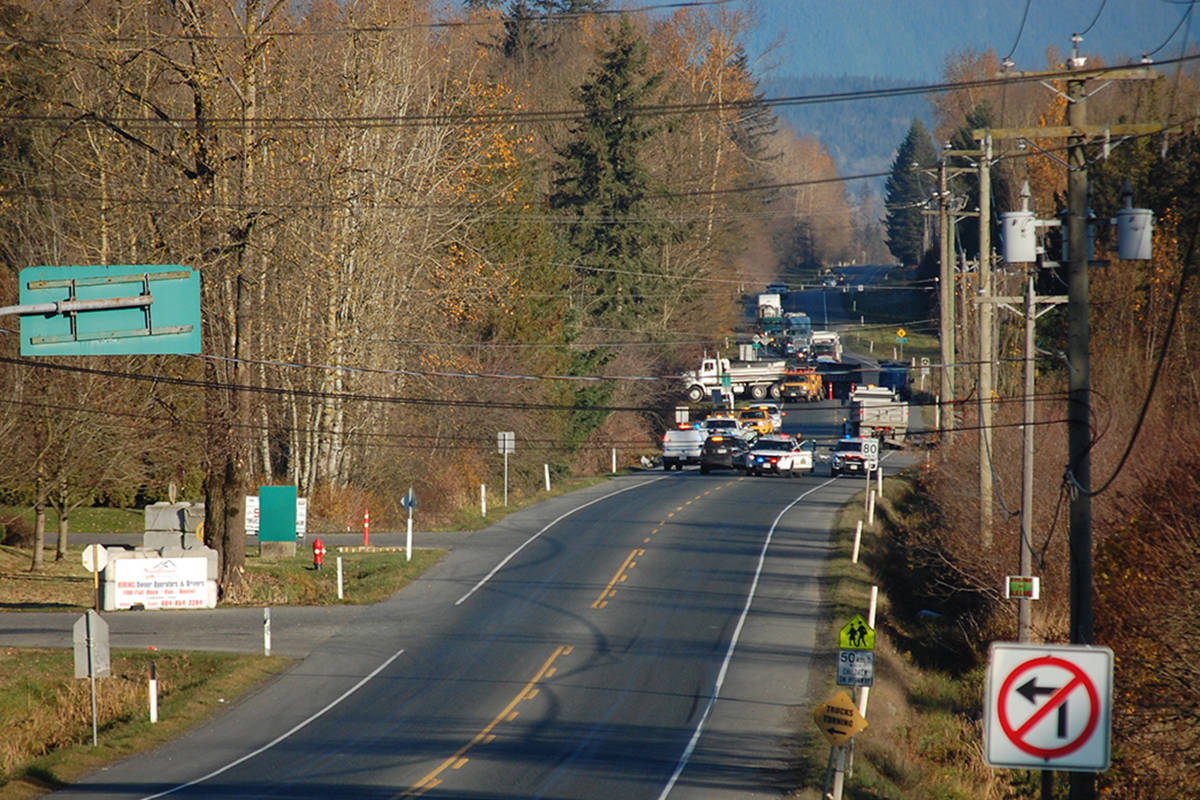