Volunteers put up 215 crosses bedecked with children’s clothing at the Derek Doubleday Arboretum at 21559 Fraser Hwy. in Langley on Tuesday morning.

A sign explained the display offers visitors a moment to reflect on the memory of the children found at the Kamloops Indian Residential School.

“Should you choose, take time to remember, honour and reflect on the tiny souls, their families and the community,” the sign read.

It was the idea of Cecilia Reekie, a former Langley school trustee and self-described “inter-generational survivor” who said she was inspired by the sight of crosses with clothing when she visited Kamloops after news of the discovery broke.

“They were somebody’s babies,” she told the Langley Advance Times.

“And sadly, there’s going to be more.”

Reekie said she selected clothing that the children wouldn’t have worn, because they were in uniform.

One in particular touched her, a tiny white dress with orange trim and a ribbon on the front, which exactly matched the colour seen during the annual Orange Shirt Day held to recognize and raise awareness about the residential school system

Foundation Executive Director Susan Cairn, who took part in the installation, said the crosses represent “the magnitude of the atrocity.”

Cairns said the 215 “never had a chance to grow up, to have a 10th birthday, or graduate, or be mothers, fathers [or] grandfathers.

Langley City Coun. Rosemary Wallace, a director with the foundation, joined in the volunteer effort.

“This is a very important message,” Wallace commented.

“It gets right in your gut and your heart.”

Volunteer Una-Ann Moyer, a former aboriginal support worker in the Langley school district, said the crosses make a visual statement that a number does not.

“This, to me, is powerful,” Moyer commented.

It was an opinion shared by Langley City resident Judy Goldsmith, a board member on the Lower Fraser Valley Aboriginal Society, who said seeing the crosses filling the green space in the front of the park makes them more than “this number in our head.”

“These kids were somebody’s babies, and they can’t be forgotten,” Goldsmith said.

Reekie said she expects the crosses will be up “indefinitely.”

In May, the Tk’emlups te Secwépemc First Nation confirmed the remains of 215 children who were students of the Kamloops Indian Residential School had been found using ground-penetrating radar. 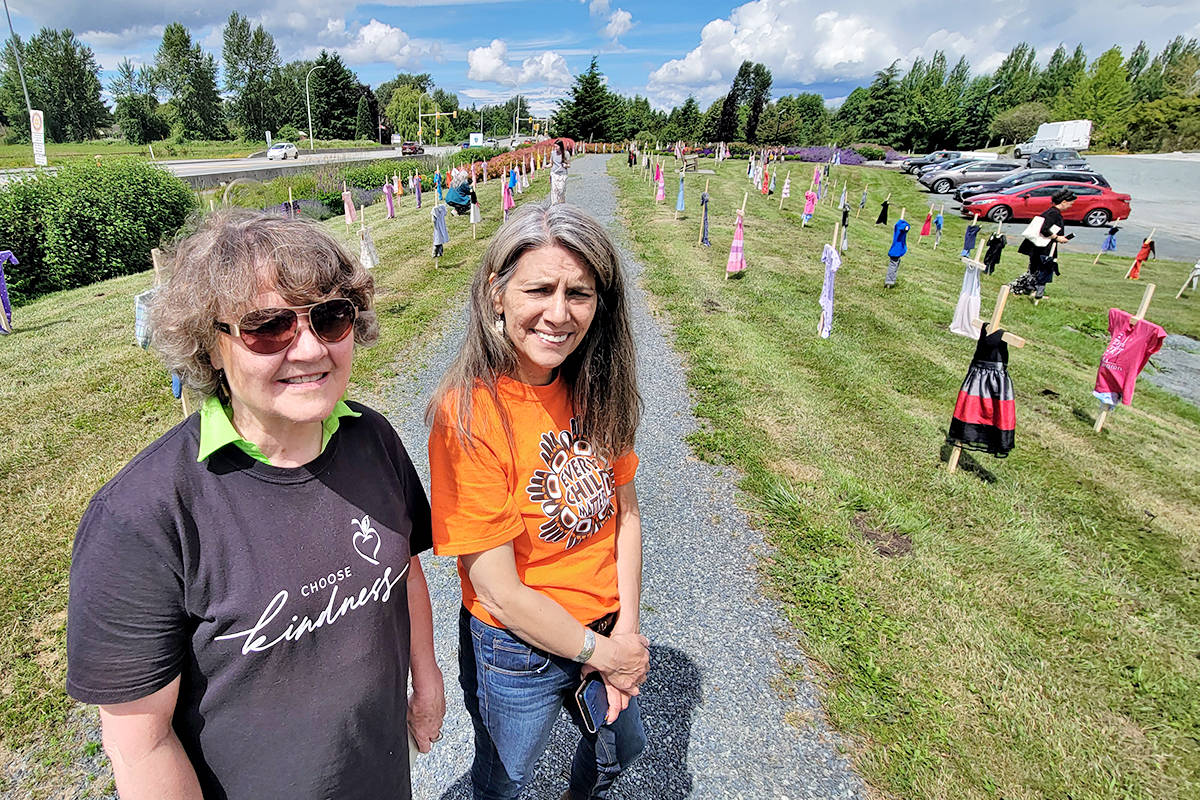 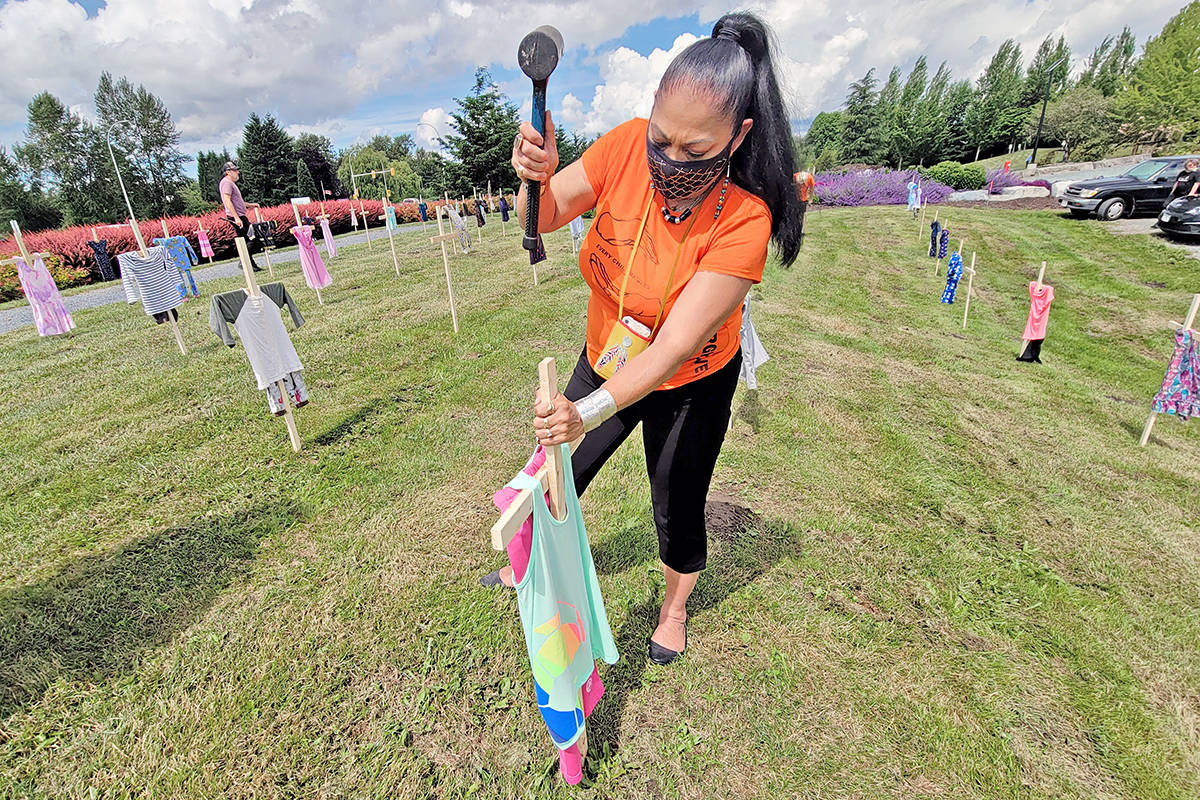 Una-Ann Moyer was one of several volunteers who installed 215 crosses bedecked with children’s clothes in memory of the Kamloops residential school victims at the Derek Doubleday Arboretum at 21559 Fraser Hwy. Langley on Tuesday, June 15. (Dan Ferguson/Langley Advance Times)