A $2.3-million upgrade of Langley City Park will improve drainage and allow year-round access, as well as an outdoor amphitheatre next to Blacklock Fine Arts Elementary.

It will turn what has been described as an unimproved passive field area south of the existing baseball diamonds into a Class A field (a rating for soccer fields that are sand-based with drainage and irrigation).

The field will be multi-use for both soccer and baseball, including a new fully accessible baseball diamond and t-ball diamonds.

A portion of the funding will come from the school district, to cover some of the amphitheatre cost, and some will come form the federal government’s Canada Community Revitalization Fund (CCRF).

On Monday, Aug. 29, the federal contribution of $750,000 was announced at the site by Cloverdale-Langley City MP John Aldag, with City Mayor Val van den Broek and members of council.

“On behalf of the City of Langley, I would like to thank the federal government,” van den Broek remarked.

“This project will improve community infrastructure at City Park and encourage citizens to re-engage and explore their local park in a new way.” 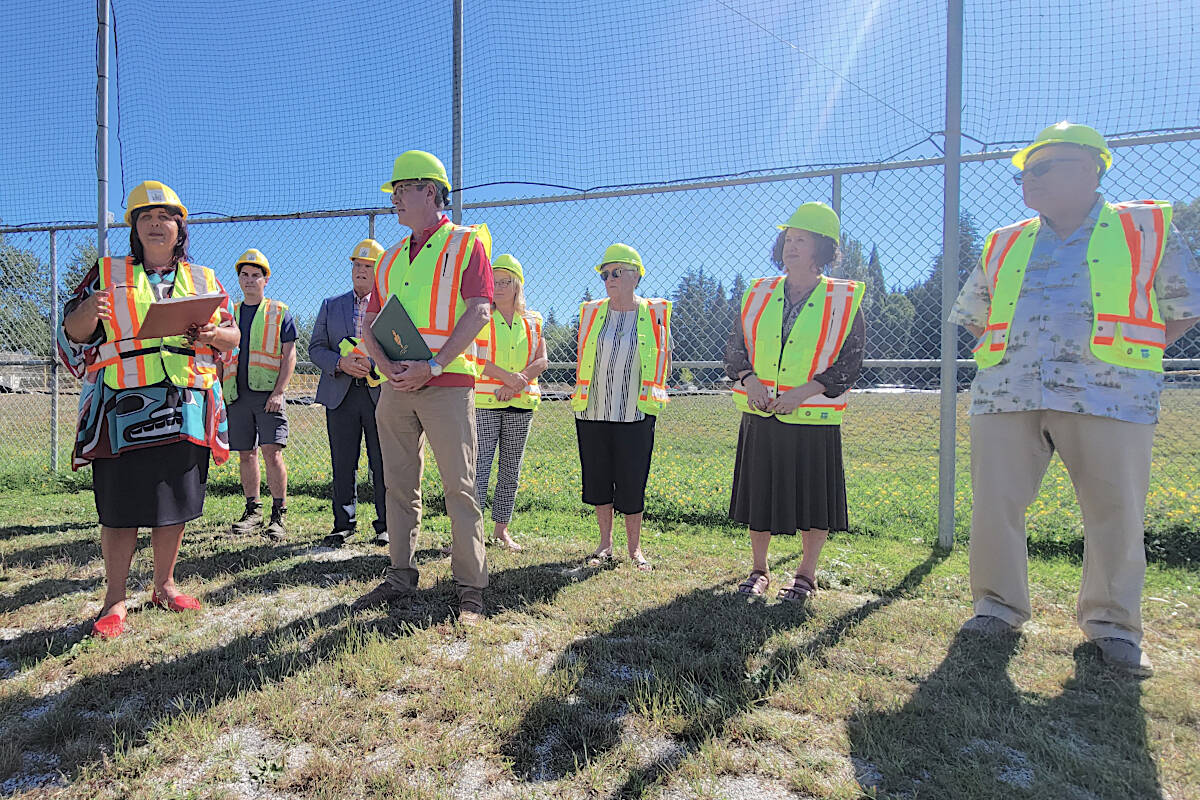 On Monday, Aug. 29, the federal contribution of $750,000 toward the upgrading of City Park was announced at the site by Cloverdale-Langley City M.P. John Aldag, with City Mayor Val van den Broek and members of council. (Dan Ferguson/Langley Advance Times)

Aldag predicted “Langley residents will immensely benefit from this generous investment made by our government to City Park. When we support community spaces in Langley and across British Columbia, we encourage our neighbours to come together and share in recreational and social activities – in inclusive spaces – that represent the best we have to offer. I look forward to seeing City Park revitalized through this investment.”

A statement issued by Minister of International Development Harjit Sajjan said by “investing in shared public spaces like the City of Langley’s project, the Government of Canada is helping British Columbians re-connect with their neighbours, welcome back visitors and build strong communities for the future.”