Back in February, Langley businessman Hiten Gupta was dancing to celebrate Family Day with his daughter when his outstretched right hand made accidental contact with a sharp metal object.

It was a deep gash that required a trip to the Langley Memorial Hospital ER and seven stitches to close.

On Sunday, March 29th, Gupta, owner of Pizza Mantra, returned to the ER to say thank you by delivering 112 gourmet pizzas of every type, ranging from Mantra’s signature butter chicken pizza, to Hawaiian, veggie and classic pepperoni recipes.

It was more pizzas than the staff’s first choice of transport, a wheelchair, could accommodate, so a larger food trolley was rustled up and stacked high.

Gupta called it a “small token of appreciation’ for the LMH workers in the battle against COVID-19.

He also presented the staff with some hand-made thank-yous from his two children and some of their friends, along with some coupons.

Since social distancing meant hugs and handshakes were out of the question, Gupta demonstrated an exuberant no-contact greeting, raising both hands up in what he called a “Hi-ten” after his own name.

“This is just a small thank-you,” Gupta told the Langley Advance Times.

“I encourage all small businesses in the area to come out. Let’s do it, let’s appreciate all these workers. They are putting their lives in danger.”

It was the latest donation drop off at the hospital, which has seen the community rally to support staff, said Langley Hospital Foundation director of communications Terra Scheer.

“It’s become a bit of a movement,” Scheer commented.

“People are really stepping up.”

Donated meal deliveries have been arriving daily, Scheer noted, something that is keeping spirits up at LMH.

“There’s a real calmness in the hospital,” Scheer described.

They’ve got it under control. They’re following procedure and everyone is staying calm and getting the job done.”

Among the masked and gloved staff to receive the pizzas in the ER parking lot was Leah Palsson, the nurse who helped stitch Gupta’s hand.

”They are so good,” Gupta smiled, pulling back a glove just enough to show them. 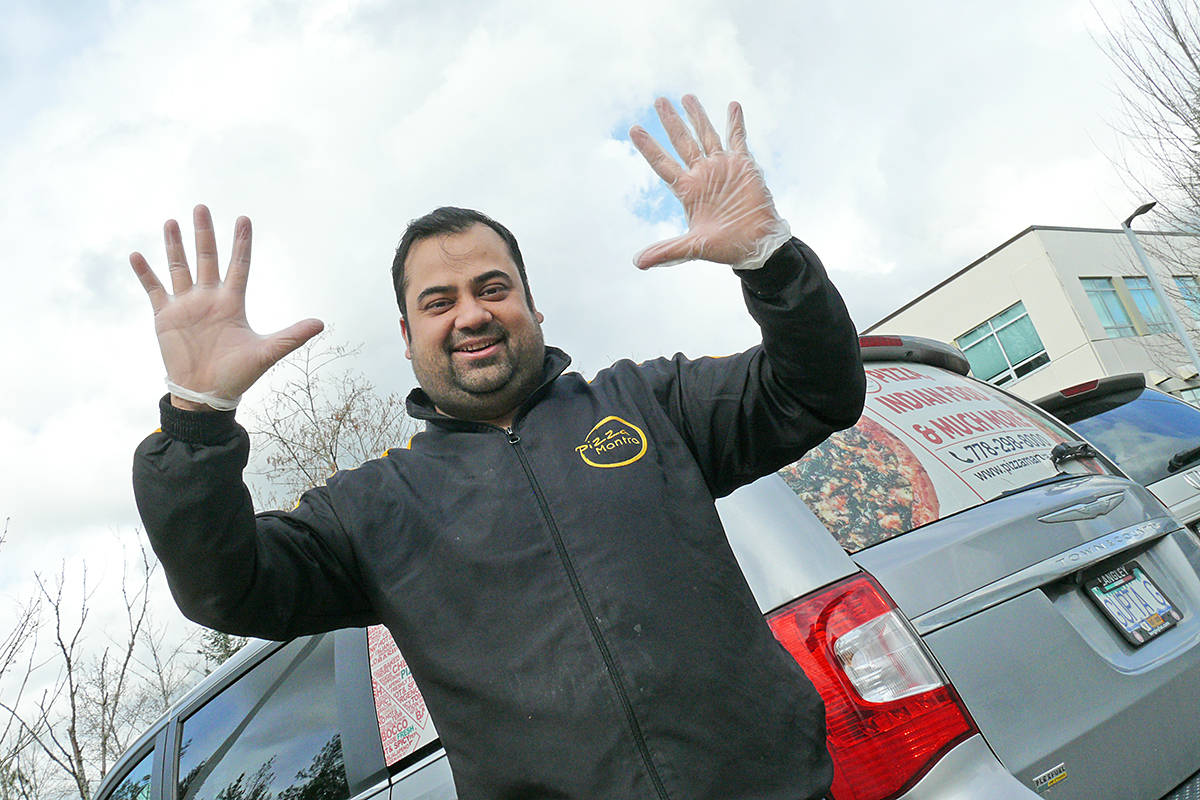