A SUV is on its roof. An empty infant car seat is in the middle of the street. And a liquor bottle is on the road in the midst of a crash scene in Langley City tonight.

Mounties are still at 203rd Street and 54th Avenue, in downtown Langley this evening, after a crash occurred at about 7:30 p.m.

The cause of the crash and the extent of injuries is still unknown, as traffic officers continue to comb the scene for evidence, said Langley RCMP Staff Sgt. David Brown.

“We believe alcohol was a factor,” he added.

Brown was able to confirm that the crash sent at least one person to hospital by ground ambulance.

Witnesses on scene said it was woman who had to be extracted from the rolled over SUV. It’s believed the occupant/s of the car escaped serious injury and did not require medical attention.

Meanwhile, police have the road closed while they continue their investigation and speak to witnesses. 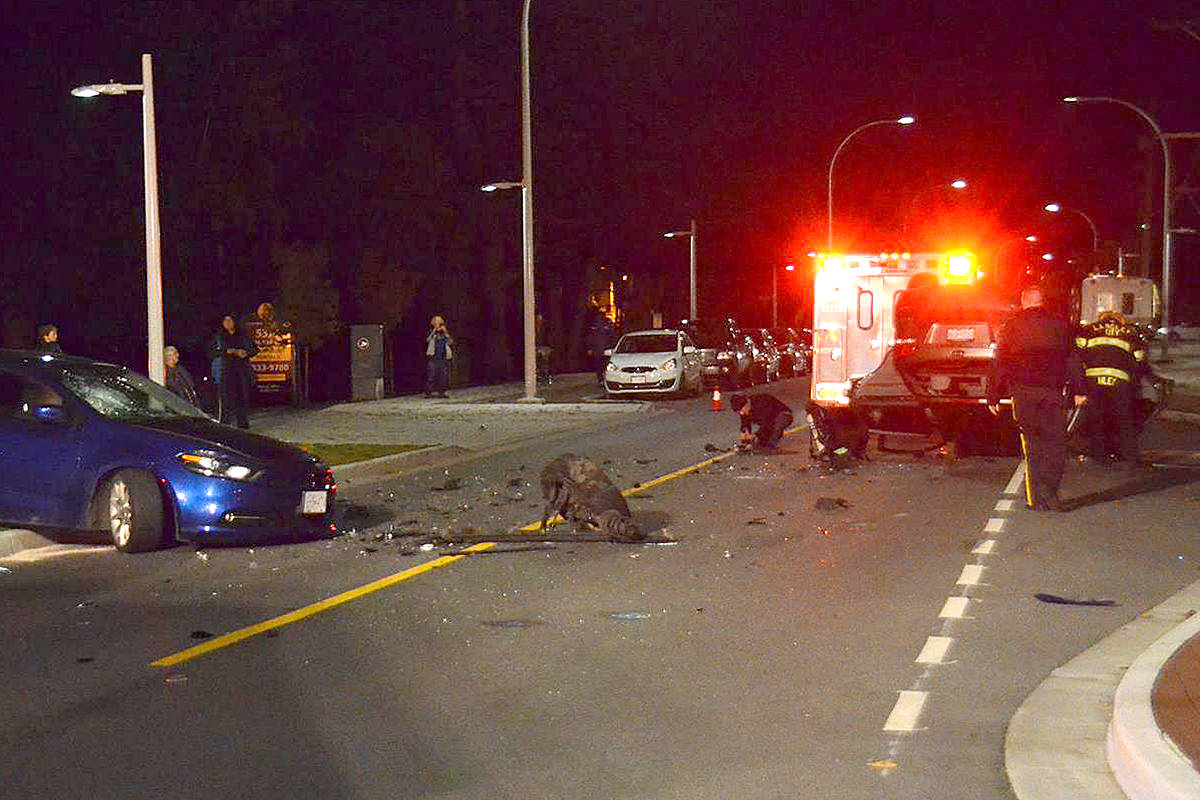 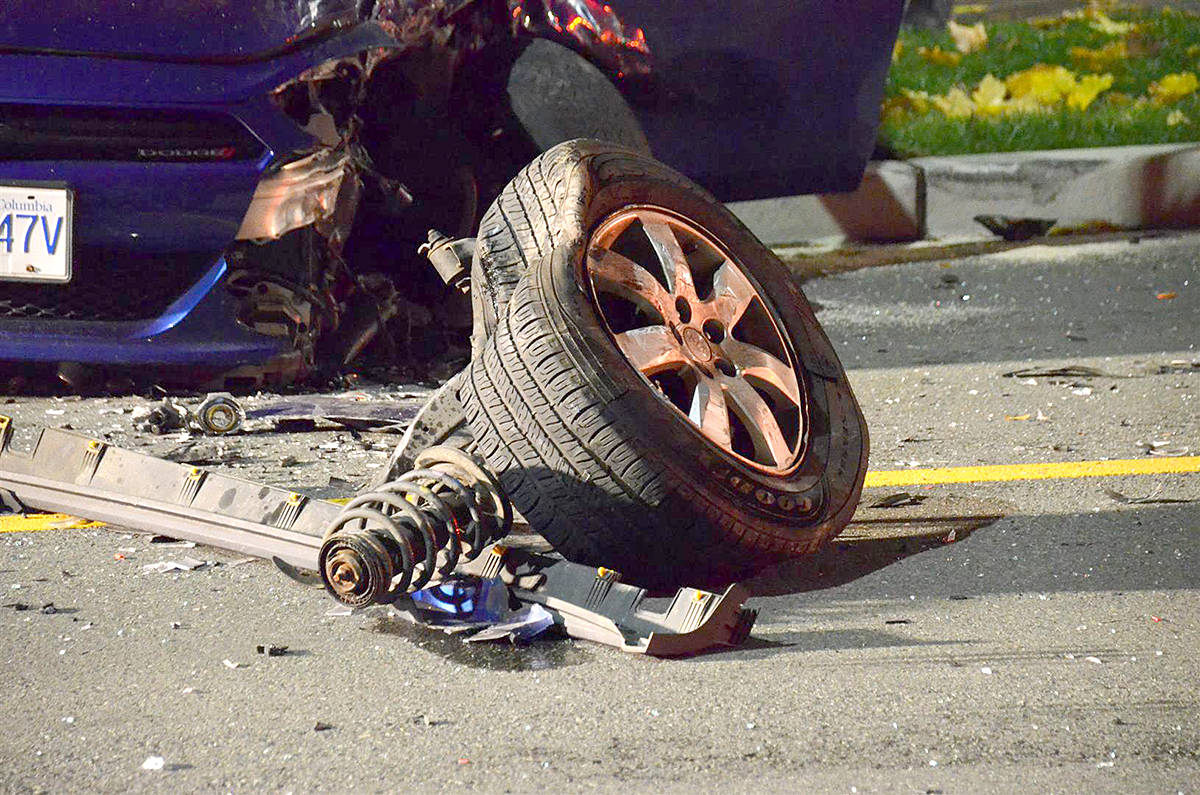 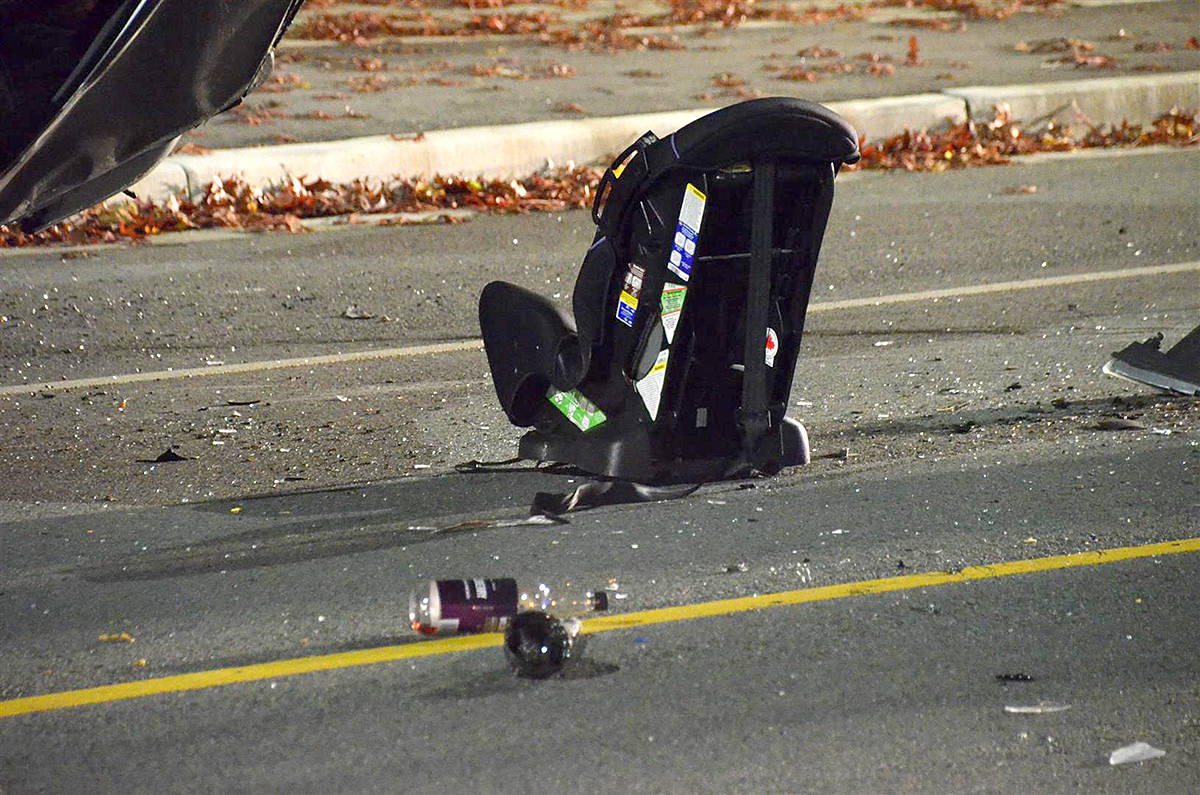 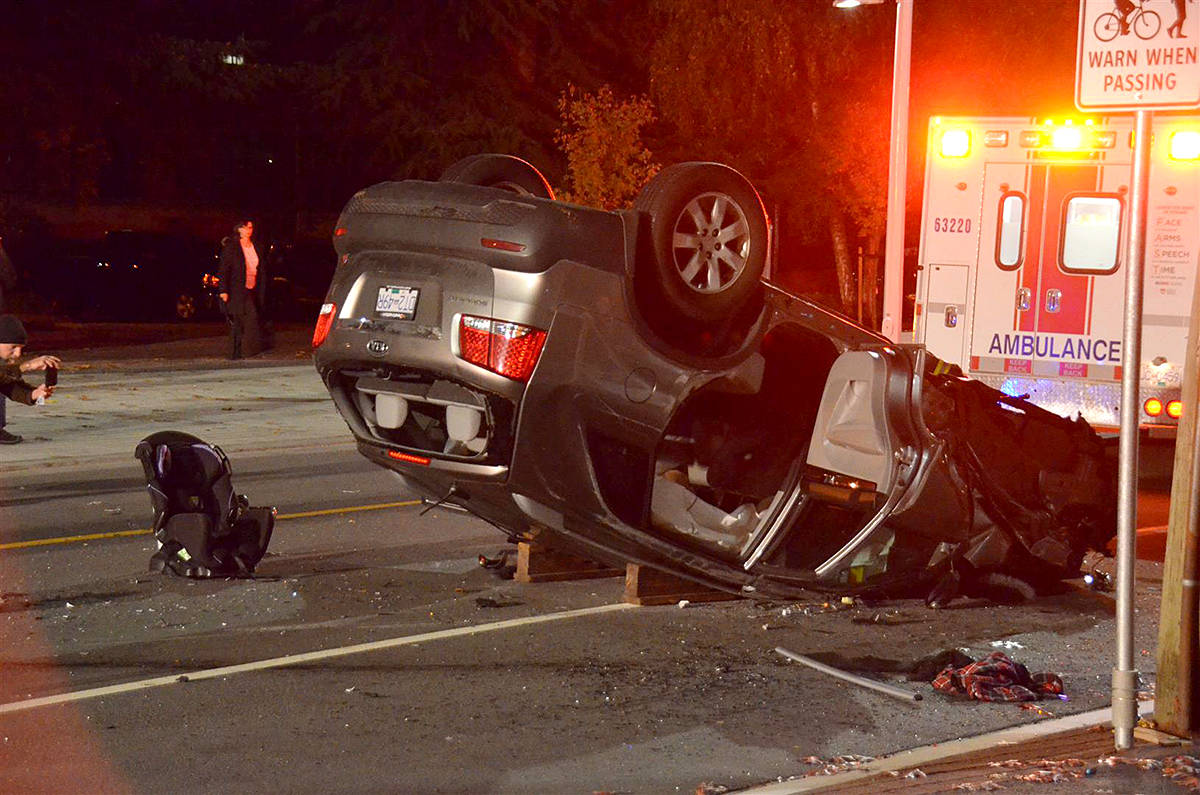 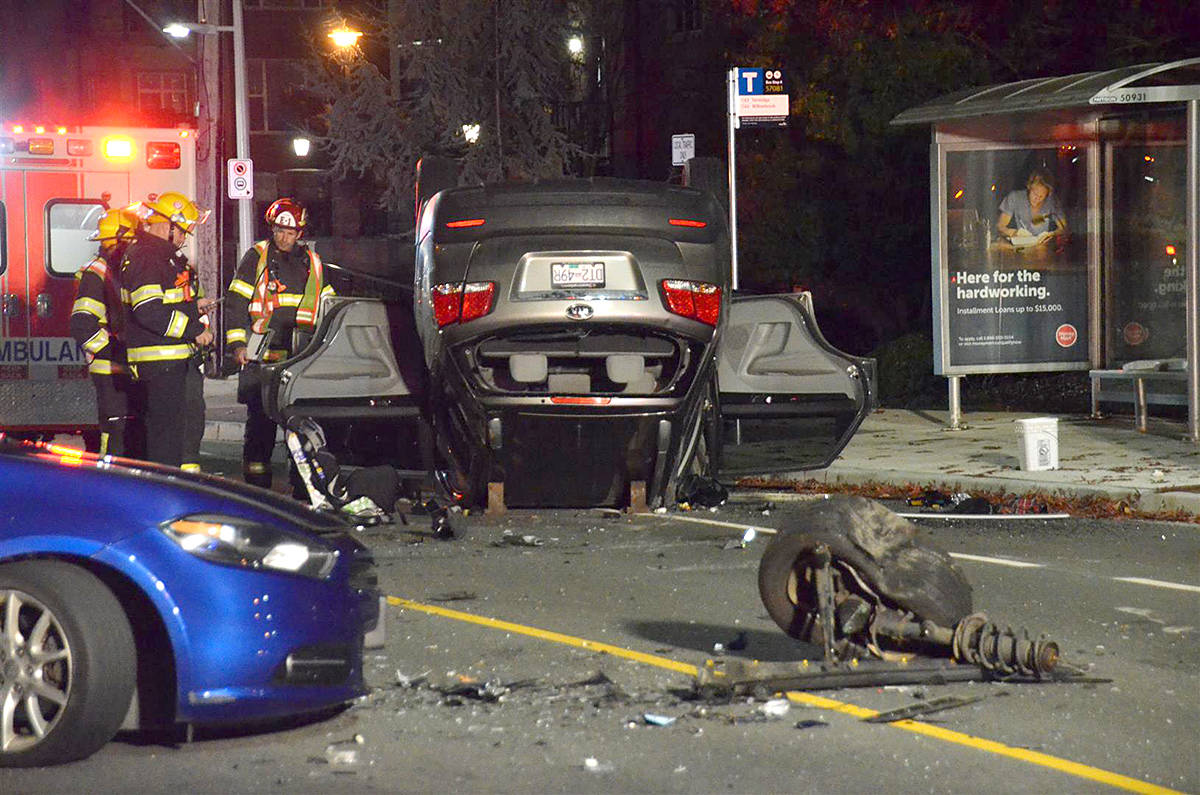 Rollover crash in Langley City sends one to hospital