A relieved Brian Croft was explaining how the West Fine Art Show at the Glass House Estate Winery on 0 Avenue in Langley might have been called off if COVID-19 restrictions on public gatherings had been tightened again.

In the days leading up to the event, Croft, president of the show, described to the Langley Advance Times how he became a daily visitor to the provincial government website, making sure that a small public gatherings like the art show would still be permitted.

His big worry was about a surge in coronovirus cases that could force an announcement of tighter regulations.

“It was a little nerve-wracking.”

Participants would have received full refunds if there were restrictions that prevented the event form proceeding, Croft assured, but it wasn’t necessary.

With the August order allowing slightly larger gatherings of up top 50 people maintained, the show proceeded with 18 artists, and safety restrictions that included taking the names and phone numbers of all visitors, encouraging social separation and wearing masks, and keeping people waiting at the entrance to allow the numbers inside to ease and avoid crowding.

Visitors entered on one side, walked one-way in a circle around the exhibition space, before exiting.

Originally, there were going to be three West Fine Art Shows this year, but after the first was held in early March at Peter Ewart Middle School, the pandemic arrived and with it, restrictions on public get-togethers that forced cancellation of the Cloverdale Rodeo show in May.

READ MORE: VIDEO: ‘I hope people get inspired by our beautiful area of the world’

Croft was pleasantly surprised at the attendance even with the restrictions, and what he described as “robust” sales.

“A lot of people [who attended] were saying it was nice to have an event they could go out to,” he remarked.

Partial proceeds of all art sales at the Glass House will be donated to Langley Hospice Society. 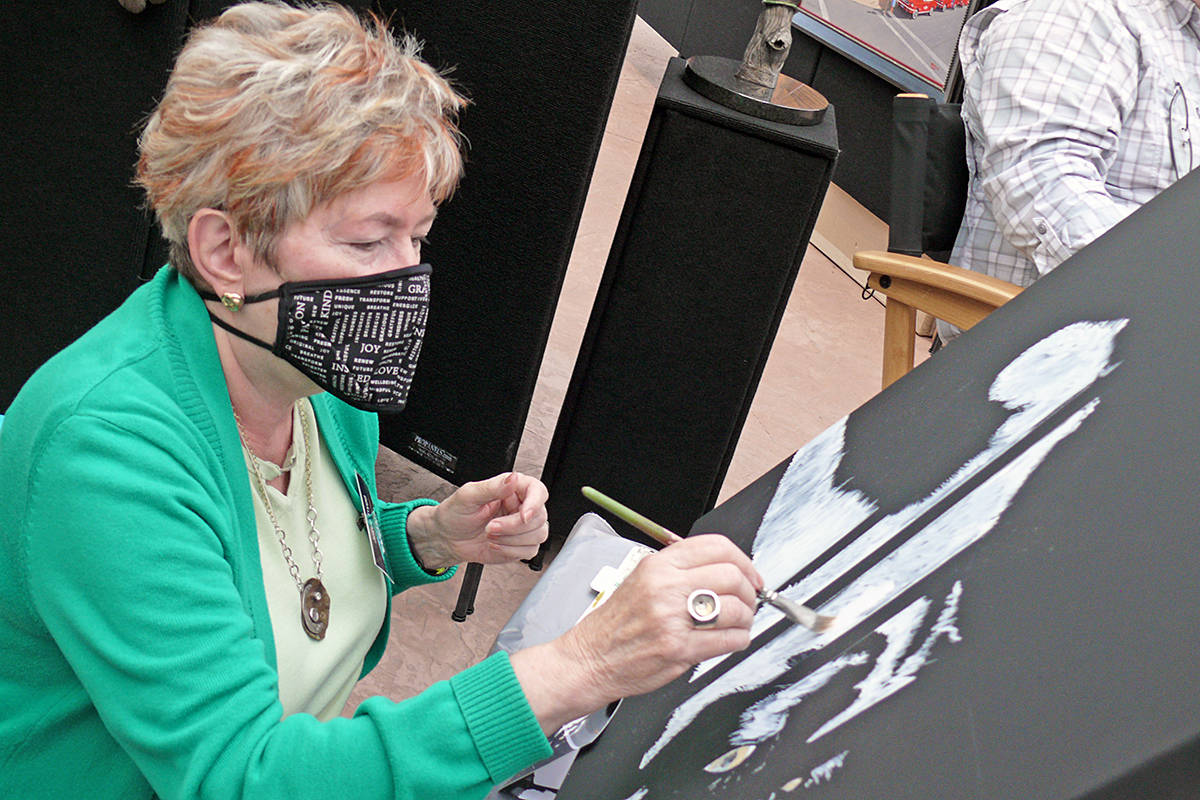 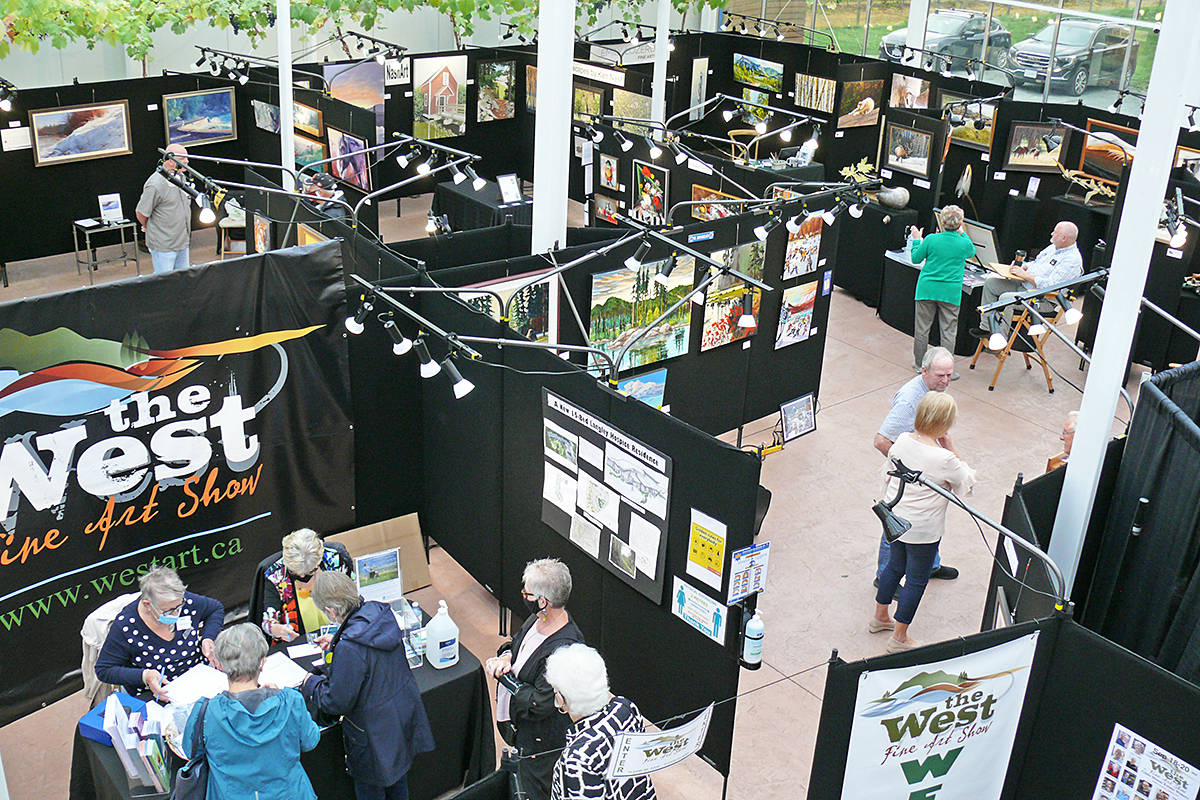 Visitors to the West Fine Art Show on Sept. 18-10, 2020 at the Glass House Estate Winery on 0 Avenue entered on one side, and walked one-way in a circle around the exhibition space, before exiting. (Dan Ferguson/Langley Advance Times)