It's always important for a Beaver to remain well groomed! This little one was admitted several days ago along with its 2 siblings. They were found alone and crying in a ditch. Someone had also illegally dumped motor oil resulting in them becoming covered in it.
Thankfully after some Dawn dish soap baths and a course of antibiotics they are doing much better. Today they were able to enjoy their fist swim!
#crittercaresaveswildlife #youcanhelp #donate #wildliferescue #beaver #beaversofinstagram #wellgroomedbeaver #illegaldumping #motoroil #dawn #dawndishsoap #orphaned #cute #swim #babybeaver

The keen eye of a Good Samaritan, along with TLC provided at Critter Care Wildlife Society in south Langley, have likely saved the lives of three beaver kits.

The siblings, believed to be around two months old, were found covered in motor oil in a ditch on the corner of Dewdney Trunk Road and Turnbridge Avenue in Mission July 17.

“A gentleman was in the area and heard them whimpering and crying,” said Dawn Johnston, animal care supervisor with Critter Care.

Two of the beavers appear to be recovering well, while a third was taken to a vet on July 25 for further examination.

Johnston said someone had dumped the motor oil in the ditch.

“They were swimming around in the oil,” she said.

The beavers groomed the motor oil off their bodies and in the process, ingested it.

When brought into Critter Care, the beavers were skinny and completely covered in oil. They were given Dawn dish soap baths to scrub the oil off their coats.

“We syringe-fed them for a day to get their weight up, because they were clearly skinny,” Johnston said.

Johnston said this incident was “such a preventable thing.”

“There’s no need to dump oil on the side of the road. We have these (beavers), we don’t know what else it could be possibly affecting. It’s in the whole ditch system, so it could be affecting all of the wildlife.”

She said people need to be responsible.

“Take it to a recycling centre, there’s lots of ones that can take your oil. You don’t need to just dump it on the side of the road.”

Johnston is “really confident” two of the beavers will make a full recovery. The third one is struggling. “We’re not sure if he ingested more of the oil or he has more issues going on,” she said.

“Once we get the vet appointment results back, we’ll get a better idea with him. We’re hopeful for the third one, as well.”

The beavers will be at Critter Care until next spring, when the plan is to release them into a suitable area.

Critter Care is accepting donations year-round to help with the more than 350 animals staying at the shelter, including fawns, skunks, raccoons, squirrels, and bear cubs, to name a few.

Critter Care is in dire need of donations.

Critter Care founder and executive director Gail Martin said the society is in a “major, major building mode” to keep up with the influx of animals brought into the facility. Since January, 1,100 animals have been cared for at the south Langley facility.

“We’ve had to refurbish a lot of our cages, so it is really, really depleting our funds,” Martin said. “It has to be done, because we have to keep the animals safe. It’s just years of wear and tear, and then with all the rain that we’ve had, we’ve just had to tear down and repair.”

The Critter Care Walk-a-thon — one of its main fundraisers — is happening Oct. 1 at Campbell Valley Regional Park.

For people setting snap-style rat traps, Martin has this advice: don’t use them.

Animals other than rats are being seriously injured by the traps.

“We’ve had so many animals (hurt by the traps),” Martin said. “They lose their feet, so you have to end up putting them down. Not just one or two. We’re getting five or six a week.”

In fact, on July 25, Critter Care reported that it had fielded 10 calls over the previous four days about animals being injured by the traps.

Raccoons, skunks, and squirrels have been injured by the traps, locally, causing irreparable nerve damage to their paws. A skunk had to be euthanized after suffering a dislocated elbow as a result of one of these traps. 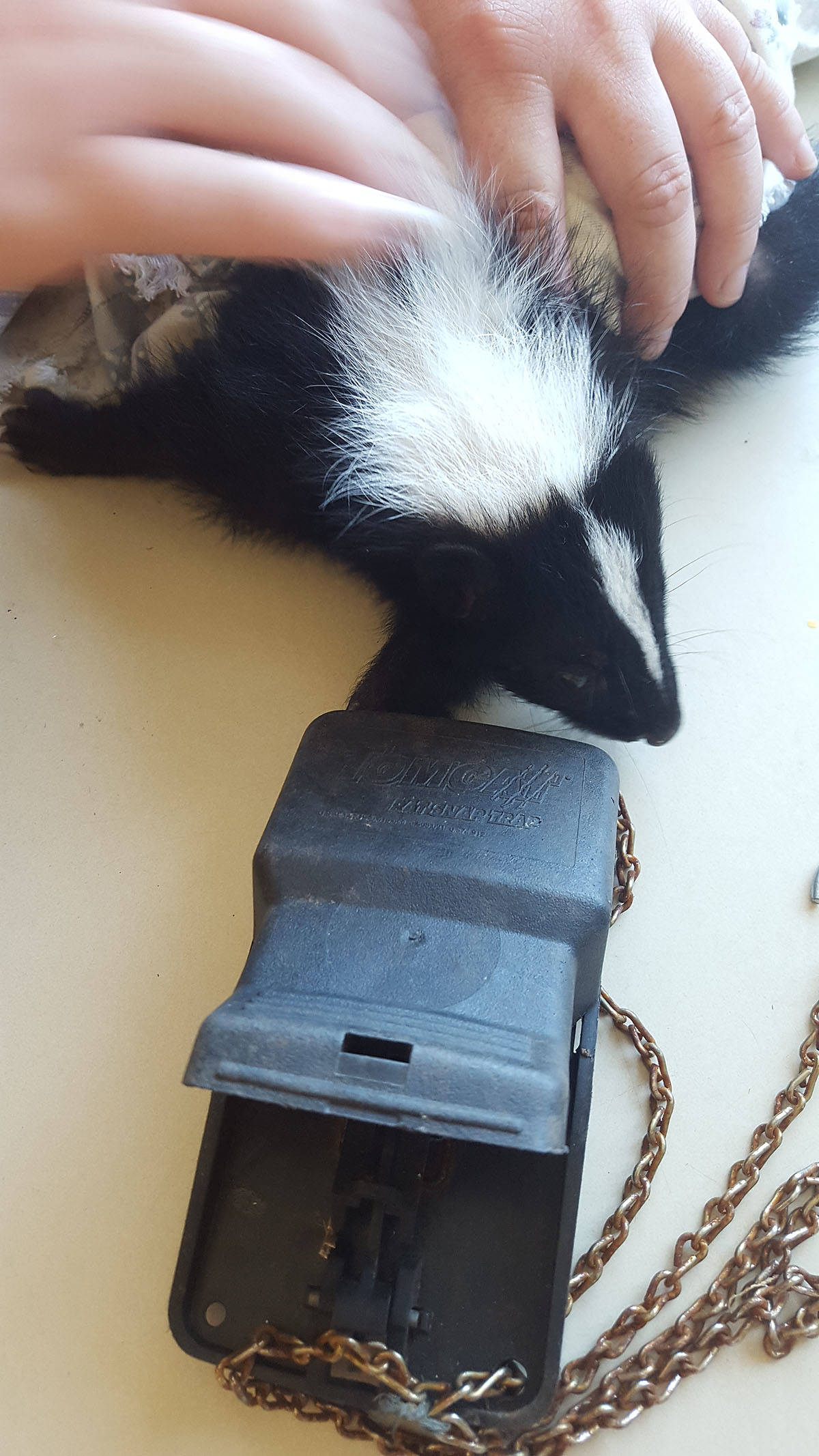 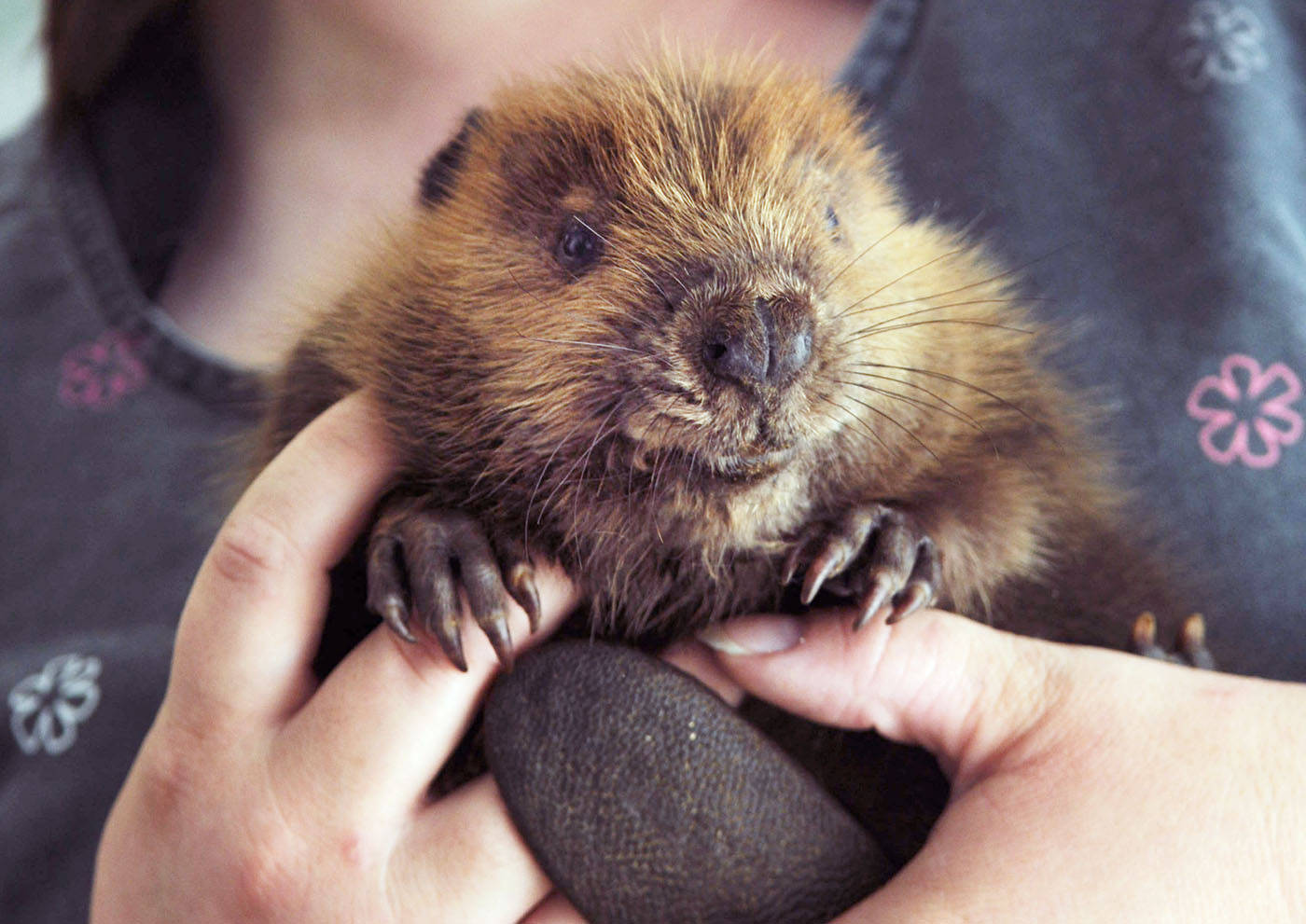