A convoy of cars and trucks carrying teachers and support staff from Langley’s Alice Brown Elementary made a slow circuit of the school catchment area in Brookswood on Wednesday morning (April 1), with drivers and passengers waving and honking horns.

Alice Brown Elementary principal Michael Carlyle explained it was a bid to “reconnect” with the students and their families while the school remains closed, with no definite date to reopen, due to the COVID-19 pandemic.

“We miss them and we care about them,” Carlyle told the Langley Advance Times.

“We think about them every single day.”

“Alex Brown Kids are the BEST” one said.

Encouraging messages were also chalked on the sidewalk of the school parking lot, including “We Got This Alice Brown,” and “Everything Will Be Okay!”

Alice Brown teacher Meghan Coulter drove with her seven-year-old son Leo Davis and nine-year-old daughter Claire Davis, who are both students at the same school.

“We were excited to come out and see the kids, even if it’s from a distance,” Coulter said.

“We think of them, we’re caring about them and missing them.”

Special ed assistant Esther Moerman dusted off her banana costume for the event.

“The kids went nuts over it, over Halloween,” Moerman explained.

“We’re going to get through this,” Moerman added.

Those sentiments were returned by Alice Brown students and parents who waited along the route with signs to show support.

Student Logan Weber’s sign said, “we miss you” while Mom Carly Favero stood next to him with a sign that said “so do we,” with a sad emoticon next to the message.

It was meant as a light-hearted comment on the challenge of having kids at home while working, she explained.

Favero was happy to see the teachers reaching out.

“It was really cool that they did it,” she enthused.

Similar rallies are planned at other Langley schools.

On Thursday, April 2nd, a day originally scheduled for class photos at Alex Hope Elementary, teachers were planning to hold a similar convoy at 1 p.m., and at 10 a.m., a convoy was heading past Peteron Road Elementary.

British Columbia suspended all K-12 classes indefinitely due to the COVID-19 pandemic on Tuesday, March 17.

Premier John Horgan said a decision on when classes return will be made in the future.

Education Minister Rob Fleming said all students who are currently on track to move onto the next grade, or to graduate, will do so and the province is working with post-secondary institutions.

Arrangements will also be made to help provide school meals for at-risk students, he noted.

Horgan said childcare will remain available but did not provide details.

READ MORE: ‘Back to school, in a virtual way’ for B.C. students in COVID-19 pandemic

Some schools will remain open so kids of essential workers can still receive care, Fleming said.

In a statement posted to Twitter, the B.C. Teachers’ Federation said this was “the right decision” to protect teacher, staff and students.

More photos from the Alice Brown event can be viewed online. 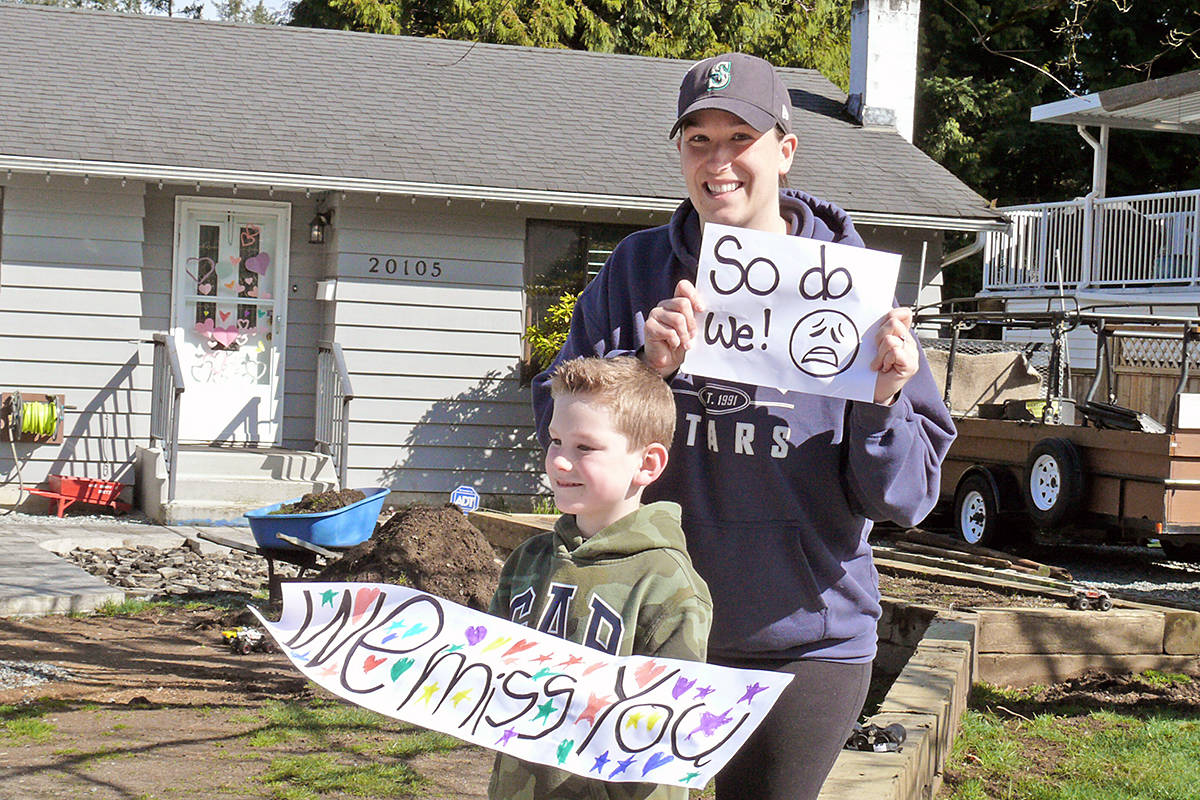 Alice Brown student Logan Weber, 6, and his mother Carly Favero showed their support for teachers and staff at the shuttered Alice Brown elementary school at 200 Street and 44 Avenue as more than two dozen vehicles with teachers and drove around the catchment area served by the school. (Dan Ferguson/Langley Advance Times) 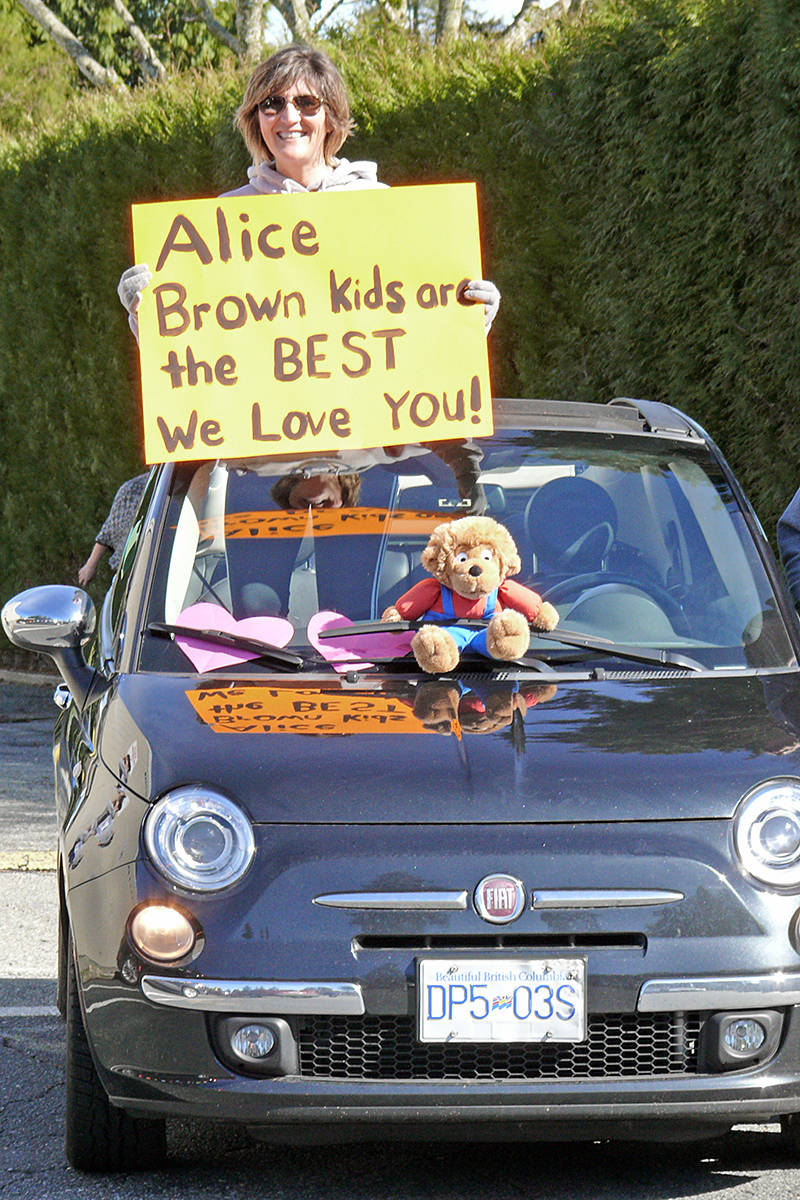 Teachers and support staff at Alice Brown Elementary school formed a convoy to reconnect with students and parents while the school remains closed during the COVID-19 outbreak. More than two dozen vehicles drove around the catchment area served by the school. (Dan Ferguson/Langley Advance Times) 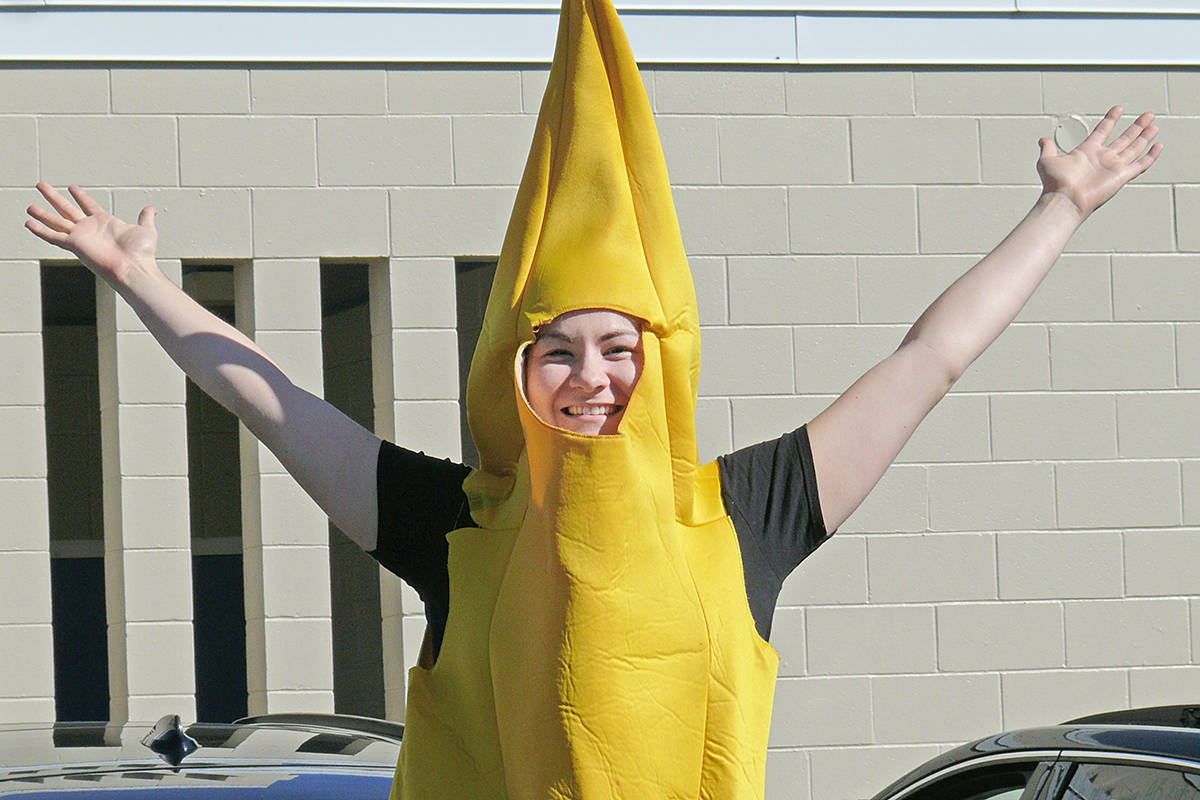 Teachers and support staff at Alice Brown Elementary school formed a convoy to reconnect with students and parents while the school remains closed during the COVID-19 outbreak. Special ed assistant Esther Moreman dusted off her banana costume for the event. More than two dozen vehicles drove around the catchment area served by the school. (Dan Ferguson/Langley Advance Times)